Now that the typhoon season has passed and weeks of extreme sunshine continue, are you feeling drained, lethargic and lacking an appetite? Do you crave the cool AC-ed indoors and avoid stepping outside whenever you can? Are you taking multiple showers a day to cool off, only to feel sticky and gross a few minutes later?

You may be suffering from natsu bate 夏バテ (pronounced “nah-tsu bah-tay”) – literally “summer exhaustion,” a common condition during the hot and humid summer months. Symptoms include dullness, fatigue, lack of appetite and energy, and even minor depression. If not treated properly, it may lead to heat stroke or sudden death. Even if you come from a tropical climate, Japanese summers can be intense!

Not to worry, there are plenty of delicious foods that’ll help you combat natsu bate until we can all breathe a sigh of relief when autumn comes again. Just remember that you lose a lot of minerals through sweat and fluids such as water, sports drinks and sugary beverages won’t replenish all the lost minerals. These Japanese foods will help you stimulate an appetite and give you energy, but won’t weigh you down.

Although the though alone may pucker your lips, take a bite into an umeboshi 梅干し (Japanese pickled plums). This is because the citric acid in umeboshi have properties that nourish the body, strengthen the immune system and brighten the skin due to the natural antioxidants and antibacterial properties. In addition, umeboshi triggers your salivary glands and stomach acids, which will help you stimulate an appetite.

Watermelons are an excellent source of fluids, vitamins, electrolytes and potassium, which is lost through sweat. You can find sliced watermelon at any supermarket in Japan during the summer (if seeking square watermelons with a hefty price tag, check out high-end department stores). The cooling properties in watermelon are also enjoyed in other countries as well. 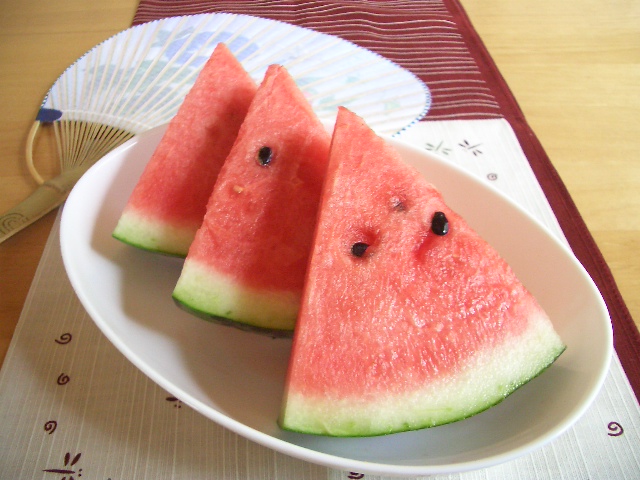 High in plant-based protein, the soybeans in tofu are considered a “cooling” food in eastern holistic nutrition. Try chilled tofu called Hiyayakko 冷奴, firm or silken tofu with a drizzle of soy sauce and toppings such as chopped scallions, grated ginger, or dried bonito flakes. 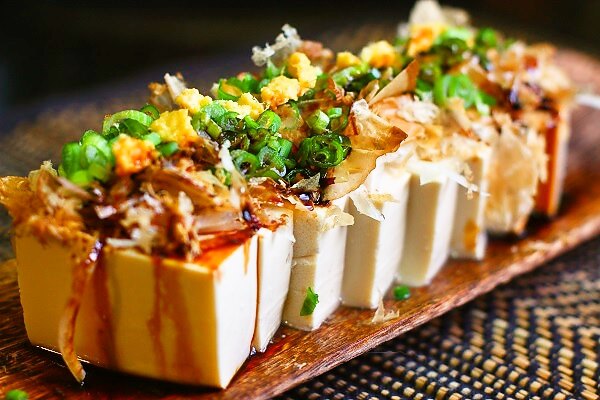 Grilled freshwater eel called unagi 鰻 is a classic Japanese dish eaten especially during the summer as it is said to help beat summer fatigue. Eel is high in protein, vitamins, DHA, EPA and other minerals, although it is also high in fats, which may upset the stomach if your immune system has weakened from the heat.

The practice of eating unagi in the summer hails back to the Edo period (1603–1867), due to a marketing scheme that popularized the dish. To this day, the Japanese flock to unagi restaurants on Doyo no ushi no hi (土用の丑の日), the hottest day of the year according to the lunar calendar (it falls on July 28th this year). 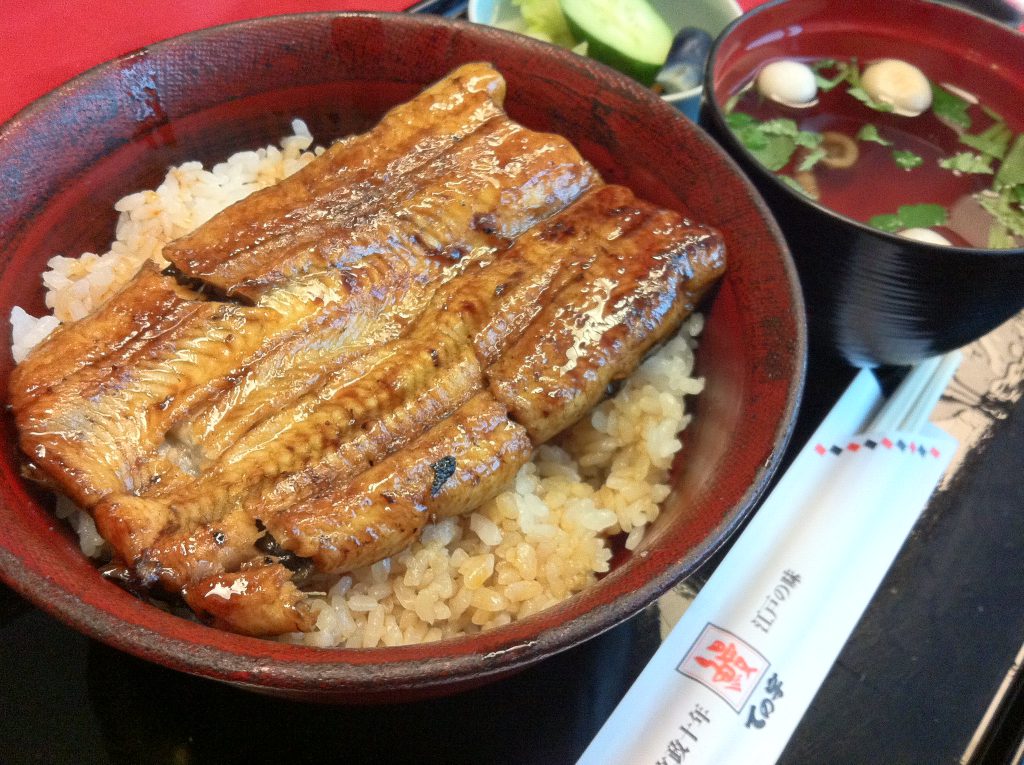 Literally “chilled Chinese,” Hiyashi chuka 冷やし中華 is a chilled ramen noodle salad. It’s a popular dish usually prepared at home, although you may see it at some ramen shops, convenience stores and casual restaurants during the summer season. The cooked ramen noodles are topped with a colorful array of shredded ingredients such as ham, cucumber, egg crepe, lettuce, wakame seaweed, and more. 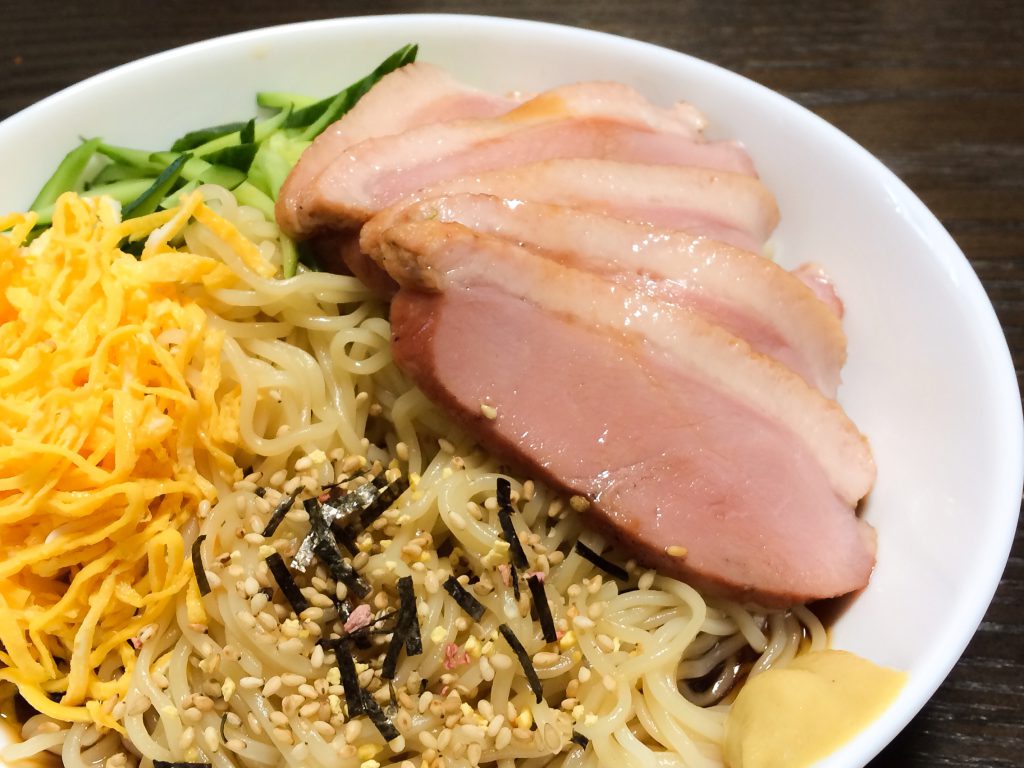 Somen 素麺 are thin wheat noodles, which are made by stretching the dough with vegetable oil, forming thin strands that are then air dried. While the noodles are available year round, it’s often eaten in the summer with a cold dipping soy sauce based sauce called mentsuyu 麺つゆ. Somen is the perfect summer food as it only requires 1-2 minutes to cook and is light in the stomach, especially on days when you’re not feeling hungry.

You may have seen nagashi somen 流し素麺 (literally “flowing somen”) depicted in Japanese TV shows, movies, or anime. The cooked noodles slide down bamboo pipes, where the eaters must tactfully catch with their chopsticks.

Pork is said to be good for combating the heat as it is high in protein, vitamin B1, magnesium, potassium and niacin. Vitamin B1 enables the body to use carbohydrates as energy, which is especially important when the body feels sluggish. Pork can contain up to ten times the amount of vitamin B1 than beef, which is why a lot of pork dishes are eaten during the summer. 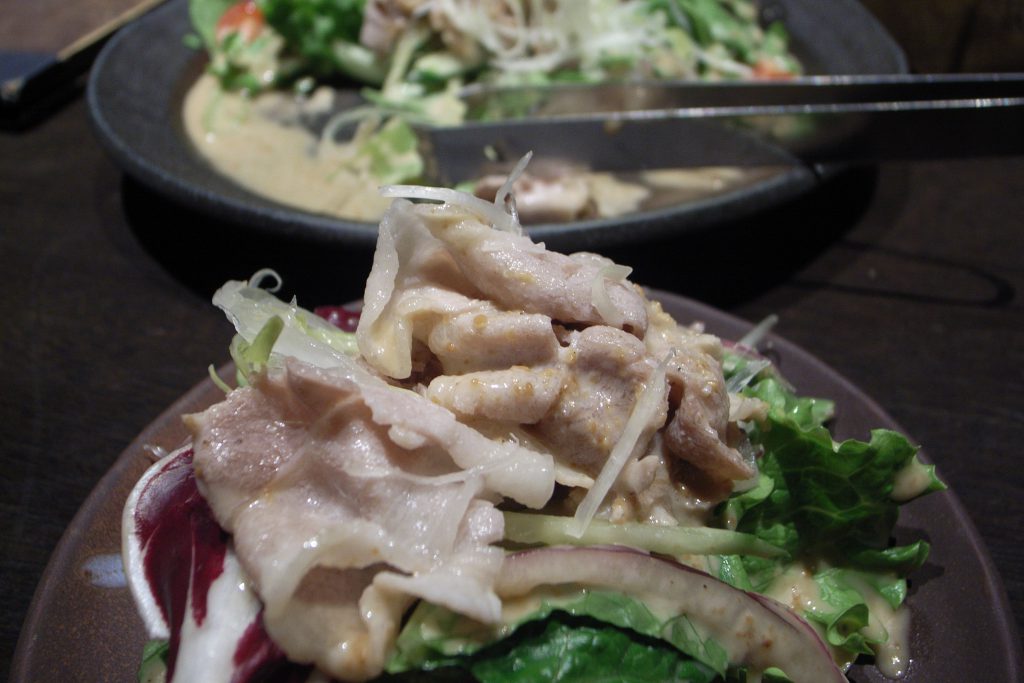 Another dish is Shogayaki 生姜焼き, thinly sliced pork cooked in a sweet soy sauce glaze with lots of grated ginger. While this dish is eaten year round, you may crave this dish if you’re chilled from the AC as ginger helps warm the body, encourages perspiration and improves blood circulation. Plus, it cooks quickly so less time in the kitchen!