The first time I heard about “Unagi” I was reading Man’yoshu, the oldest, and perhaps most known, collection of ancient Japanese poetry. It goes without saying that Unagi is one of the most central ingredients when it comes to Japanese traditional cuisine. 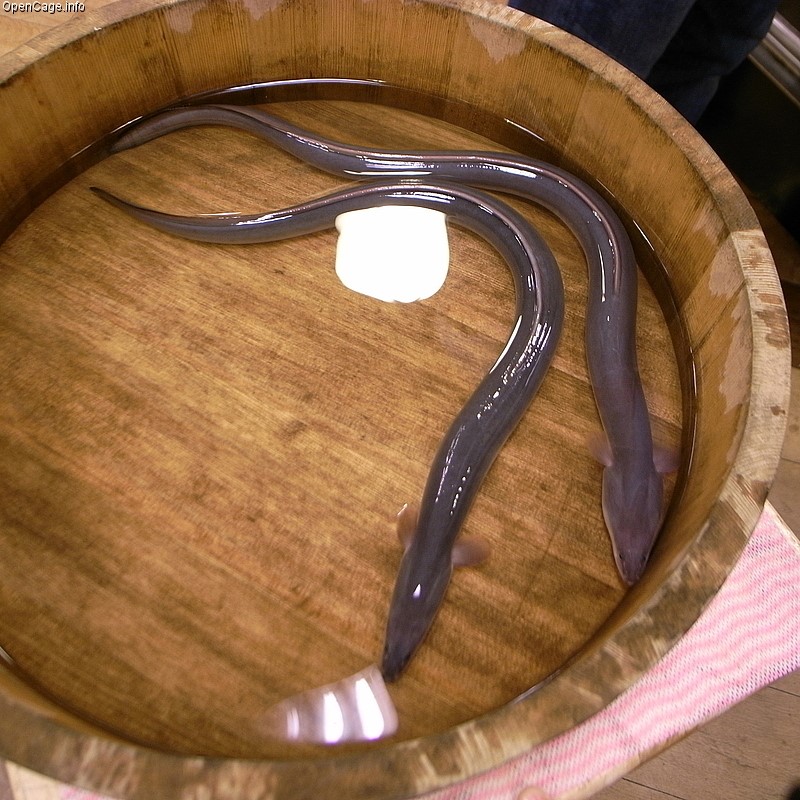 The term unagi (鰻, うなぎ) refers to the Japanese eel, a specie of fish that lives in fresh water and estuaries in many countries of East-Asia. Although unagi is an ingredient that can be potentially used in many dishes, raw eels are venomous and are generally grilled.
Grilled unagi can be used in sushi, such as in the case of unakyu (sushi roll with unagi and cucumber), but the most known dish using this ingredient is unadon (うな丼). 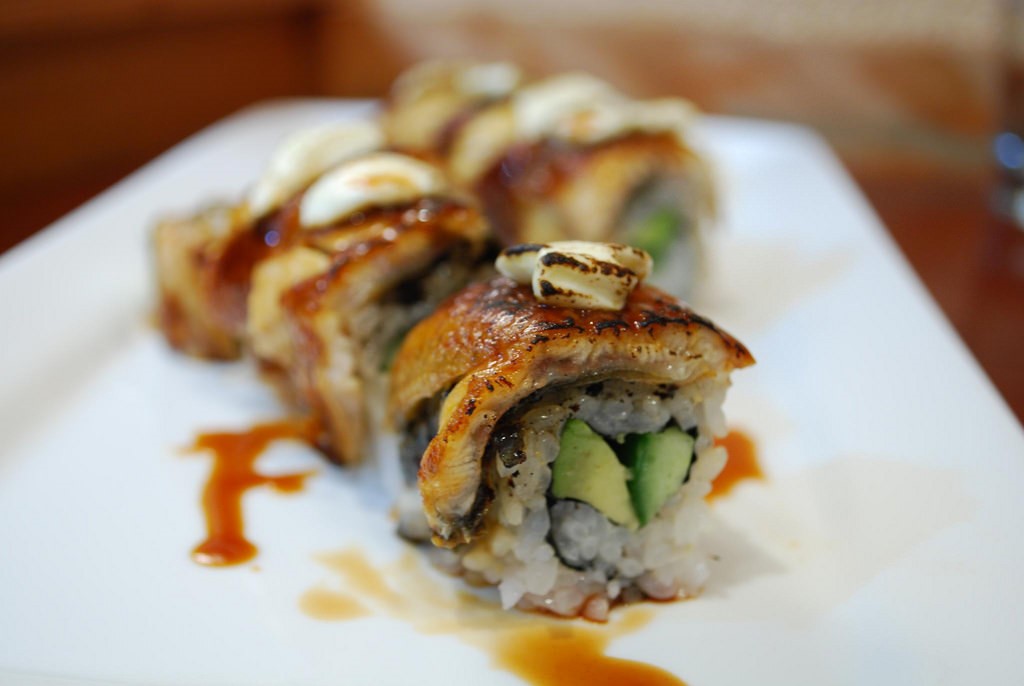 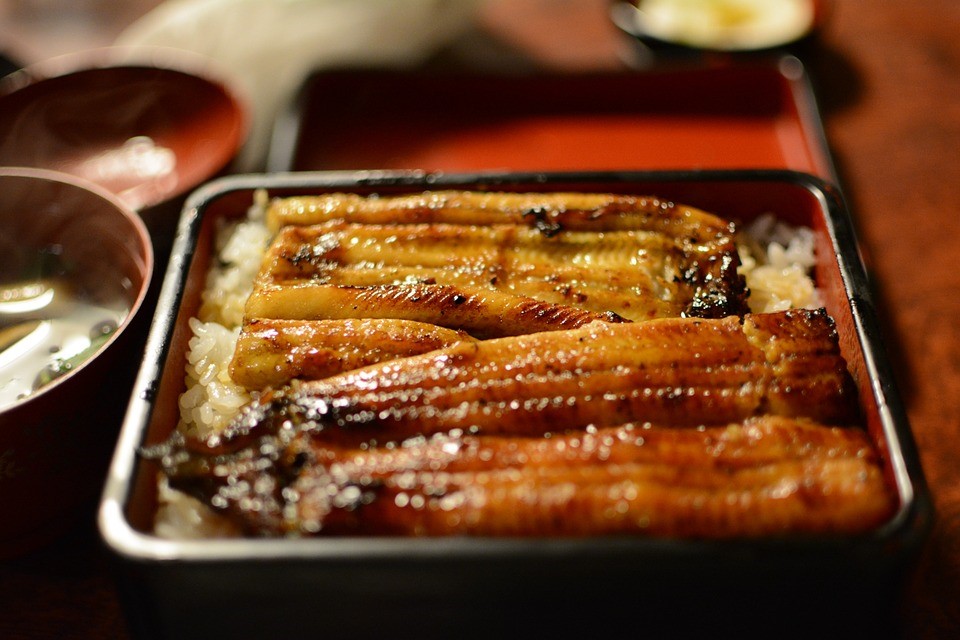 Unadon is a type of donburi, a rice bowl dish. In other words, unagi is traditionally consumed on the top of a rice bowl, after being covered with tare (a sweetened soy-based sauce) and grilled. This traditional way of grilling, similar to the well-known teriyaki is named kabayaki. Pulverized dried berries of sanshō are then traditionally added on the top as a seasoning.
Nowadays unagi can be eaten in various restaurants around Japan, although unagi-ya (shops specialized in cooking unagi) are probably the best option if you want to try high-quality Japanese eel. Unagi is considered a precious food and its cost can be relatively high, generally starting from 3000 yen. The reasons behind the price are in grand part due to its rarity and the fact that the Japanese eel population has greatly decreased in recent years.

Unagi is also a food very high in proteins, vitamins, and fats. In Japan, summers can be very hot and humid and during this period unagi are traditionally eaten because of their nutrients. Unagi appears several times in Man’yoshu, the most ancient collection of Japanese poetry, mostly because of its health properties. An example is this poem by Otomo no Yakamochi:

To Iwamaro
I say this:
If you’ve slimmed down in summer
There’s one thing that works:
Catch and eat eels!
(MAN’YŌSHŪ – MYS XVI: 3853)

Although unadon and the other most known ways of cooking unagi are from the Edo period (1615-1868),  it is clear that fresh water eels have been widely consumed and appreciated in Japan for a long time. 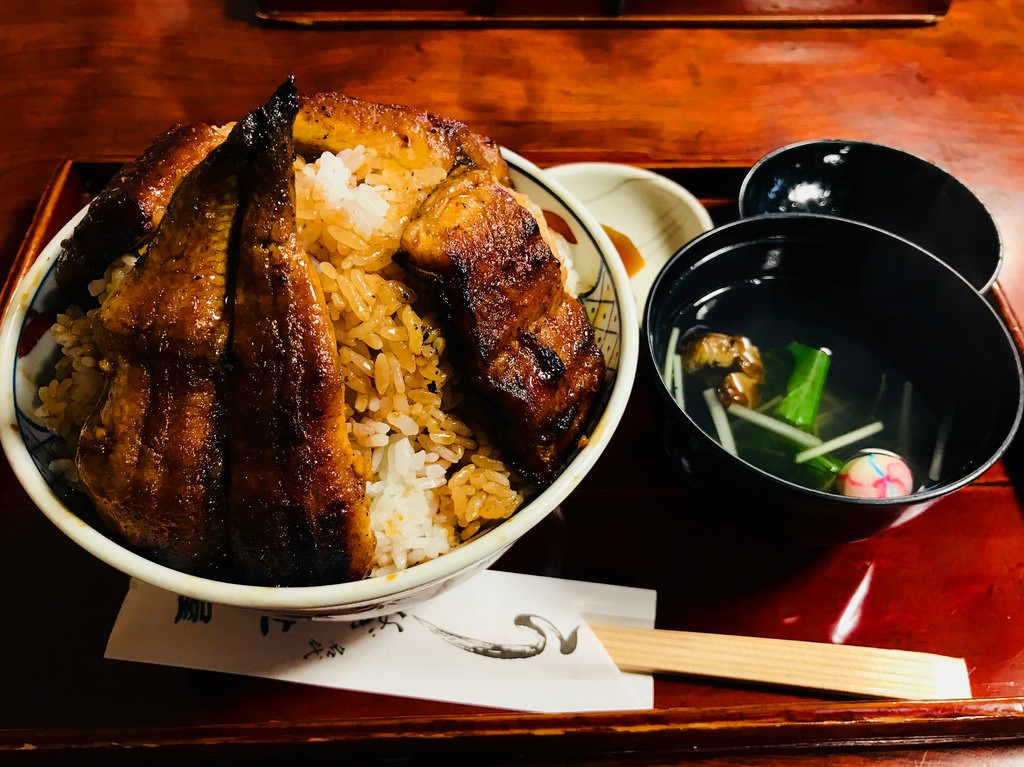 My name is Matteo Ghisalberti. I’m 24 years old and I’m from a small town in Italy called Ventimiglia. I’ve spent my last 5 years in Venice, studying business, Japanese culture and language at Ca’ Foscari University. Since I was very young I started feeling a fascination for Japan. I was attracted by such a distant culture and aesthetic. My passion for cinema was probably the main fuel for this. When I was 15 years old I felt incredibly impressed by Kenji Mizoguchi and the power that I could perceive in his movies. It was around that time that the first Japanese restaurant opened in my town. Being from Italy, a country with a rich and diversified culinary culture, I immediately perceived the immense value of Japanese cuisine. In Italy dishes and receipts change from town to town. In a 50 km range you can find totally different cuisines. Getting to know Japan I found out that in there I could find the same culinary diversity. Cuisine to me is a form of cultural expression, and as such I don’t perceive it differently from any other form of art.