“Eihire” is ray fin in English and it is a very popular appetizer in Izakaya (Japanese style gastropub). Eihire is a dried fish which is grilled or slightly seared and it is often served with mayonnaise, shichimi-pepper (a blend of seven different peppers), and a soy-based sauce. It is usually eaten as a dried fish, but in the northern part of Japan, it is simmered or stewed with Japanese dressings. Eihire contains as much collagen and other minerals as shark skin which is good for skin or beauty. Popular rays used as eihire are dipturus kwangtungensis (ガンギエイ in Japanese) or stingray (アカエイin Japanese). 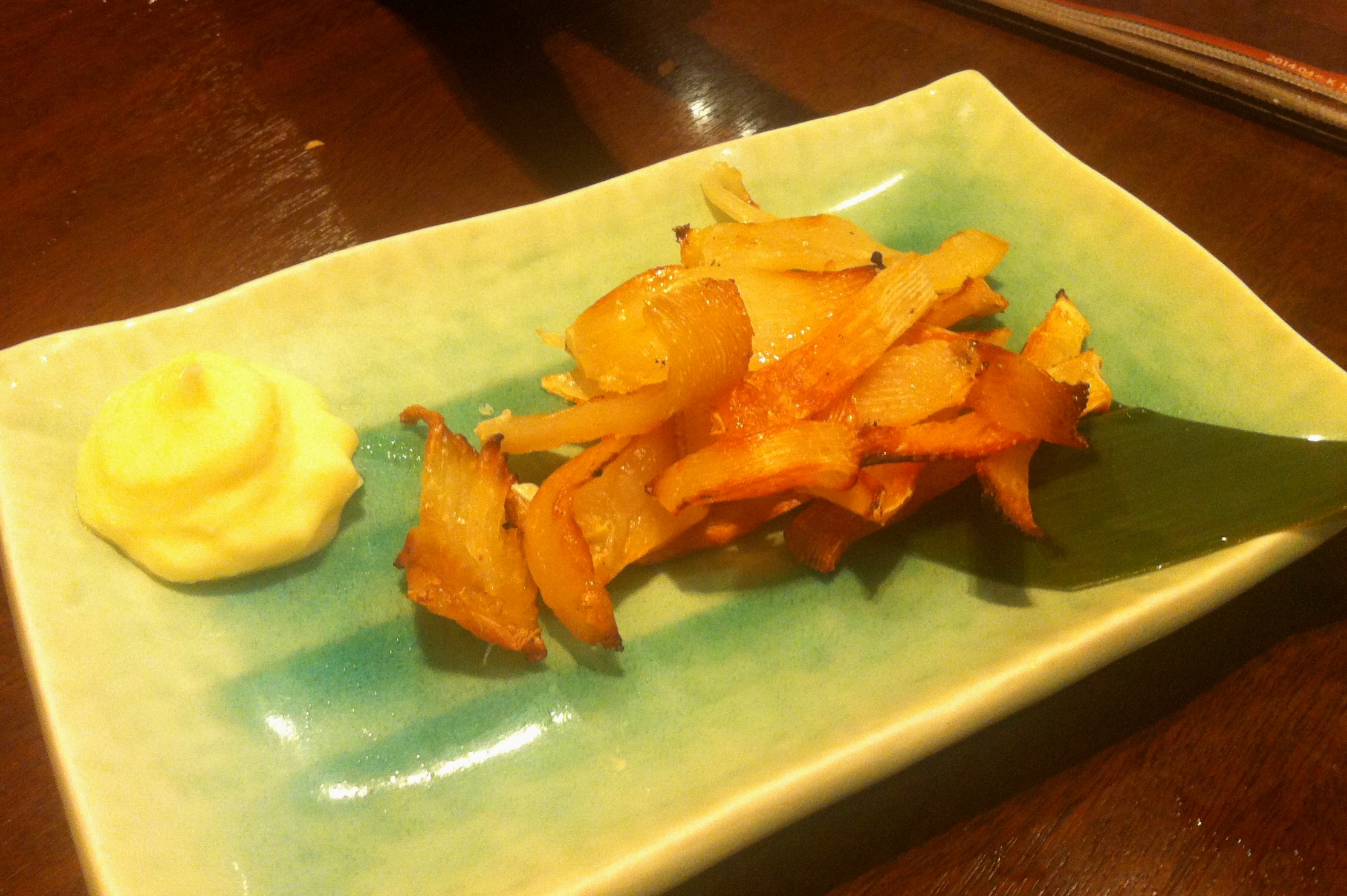 Eihire is a dish that people have very strong feelings about: they either love it or they hate it. Some foreigners and even Japanese people feel strange eating ray fin. It has a very chewy texture and my friend once got a cut on his mouth from eating it, but do not fear!! It is very rare case to sustain an injury from this dish. It is very tasty and more you chew, the more flavor comes out. It goes very well with beer or any alcohol.

There are many strange different kinds of fish dish in Japan. I believe ray fin is one of the strangest fish dishes I have ever eaten. Who in the world will try to eat ray fin? As far as I have researched, ray fin is used in French cuisine as meunière, but no one in the world expect Japanese people eats dried ray fin either grilled or seared.

Even Japanese people avoid making eihire at home, so if you want to try eihire, please visit an Izakaya in Japan!

Eihire can be eaten at almost any Izakaya in Japan. There is even a Japanese style dining bar specializes in the dis. The bar is named for it, so you can tell they are famous for eihire. It is a tachinomi bar (standing style) and the prices are very reasonable.

If you ever visit Japan, you should be sure to visit izakya to eat eihire and it goes very well with beer, so please check it out!!

Hi, I’m Momoka! I am a sophomore at the university in Tokyo. My major is global studies and I study international cooperation. I have lived in U.S. when I was little and because of this experience, I love traveling overseas. I have been to more than 10 countries!! Hope you’ll like my article :)