Once the humid summer passes, Japan enters the cool and dry autumn season. There are lots of sweet and savory foods to celebrate, in fact the Japanese say fall is 『食欲の秋』(literally “the appetite of fall”). So let’s dig into the various fall associated foods!

Like many Asian countries, the Japanese also celebrate the mid-autumn festival, called Chushu no Meigetsu (中秋の名月) or more simply Otsukimi (お月見). Traditionally, families would gather to celebrate the year’s harvest by decorating their homes with pampas grass (芒) and Japanese bush clover (萩) near their windows. They also display a pyramid of 15 rice dumplings (月見団子) as well as fall fruits such as persimmons, grapes, Asian pears and chestnuts. 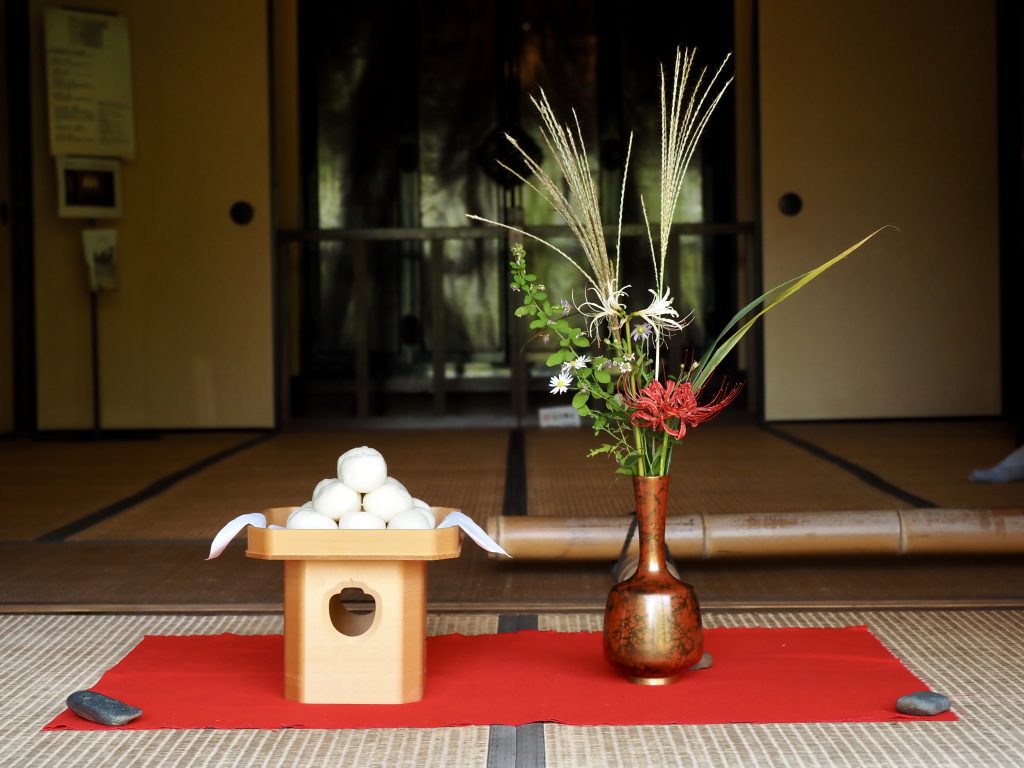 Ohagi is a type of Wagashi (Japanese traditional confectionery) made with a mix of glutinous and short grain rice, then wrapped in red bean paste. It is called Ohagi when eaten during the fall as the name refers to the hagi flower, which blooms between July and October. Another name for Ohagi is Botamochi (牡丹餅), when eaten during the spring. 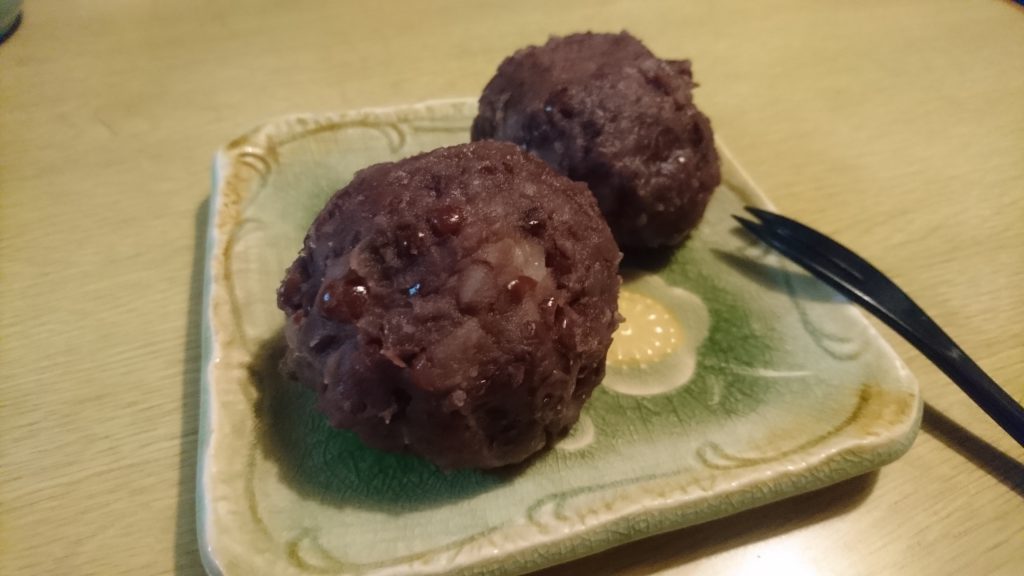 As a traditionally rice eating country, there is much fuss when newly harvested rice (新米) becomes available. Depending on the region, rice is harvested between July and September. When this rice is milled and packaged by the end of the year, it can carry the label「新米」 on the package. 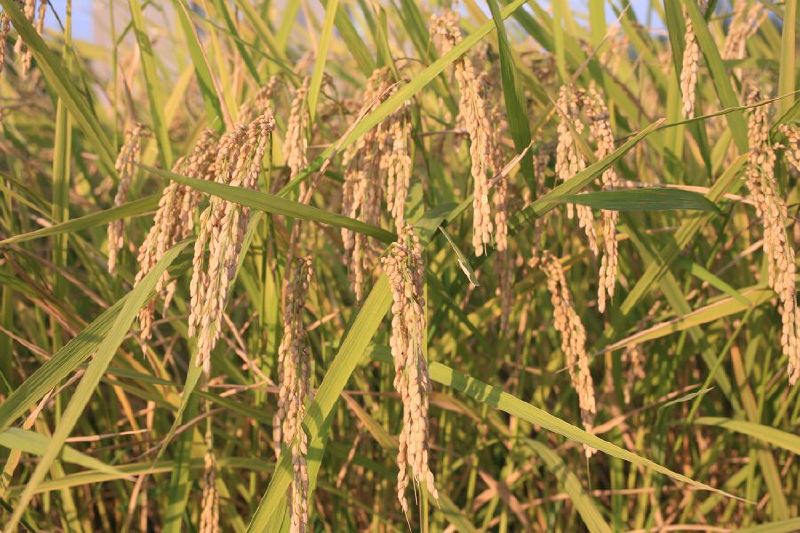 Compared to old rice, newly harvested rice has a higher water content and when cooked, has a tender and sticky texture with a wonderful fragrance. Not to say that old rice isn’t bad per se, but it is a special treat limited to just a short period of the year.

Chestnut rice is steamed glutinous and short grain rice cooked with chestnuts. Chestnuts (栗) is a popular fall ingredient and the Japanese incorporate it in many sweet and savory dishes. 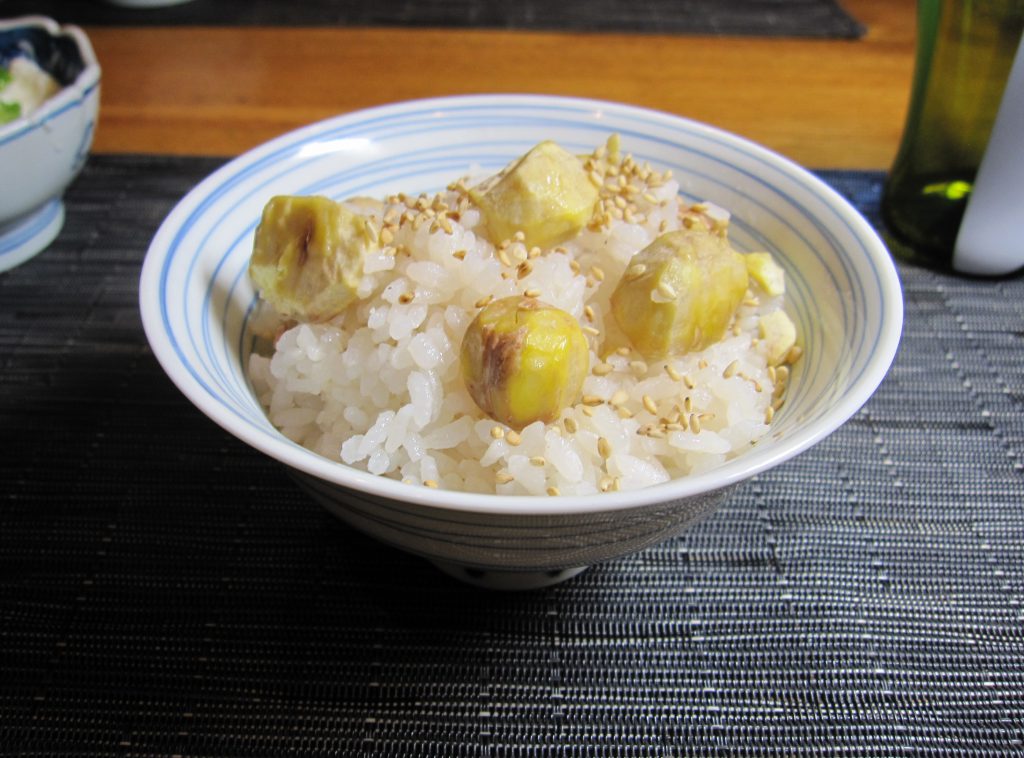 Saury (秋刀魚) is a fatty metallic colored fish with an elongated body, which when written in Chinese characters is “autumn sword fish.” It’s one of the prominent fall produce in Japan, which is commonly grilled whole with salt and a side of citrus such as sudachi (酢橘). It can also be eaten raw for sashimi (刺身), glazed and grilled in a sweet soy sauce called kabayaki (蒲焼き)

The area of Meguro in Tokyo annually hosts a sanma festival called Meguro Sanma Matsuri (目黒秋刀魚祭り) in September, where the fish is grilled on site and many restaurants in the area sell foods made with sanma. 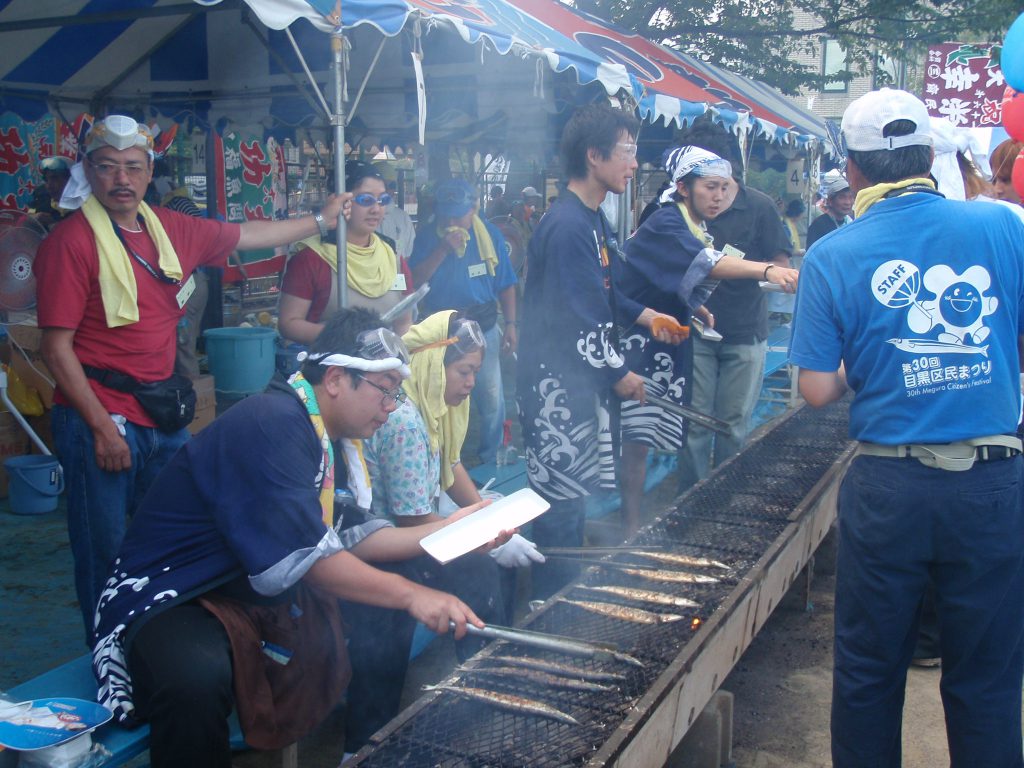 While most mushrooms are produced in greenhouses and are available year round, the Japanese associate the fungi with fall. Mushroom hunting (キノコ狩り) is an autumn past time of foraging the forests for wild mushrooms. There are many mushroom dishes that are eaten especially during this time of year.

One of the mushrooms associated with fall is matsutake (松茸), a highly prized wild mushroom known for its distinctive woody aroma. Matsutake is also grown outside of Japan such as South Korean, China, U.S., and Canada. Harvested between August and November, matsutake is used in a variety of dishes such as matsutake gohan (松茸ご飯 steamed rice with matsutake), chawanmushi (茶碗蒸し savory egg custard), tempura (天麩羅), and more. A little goes a long way as the mushroom is highly fragrant yet loses its fragrance if left out for too long. 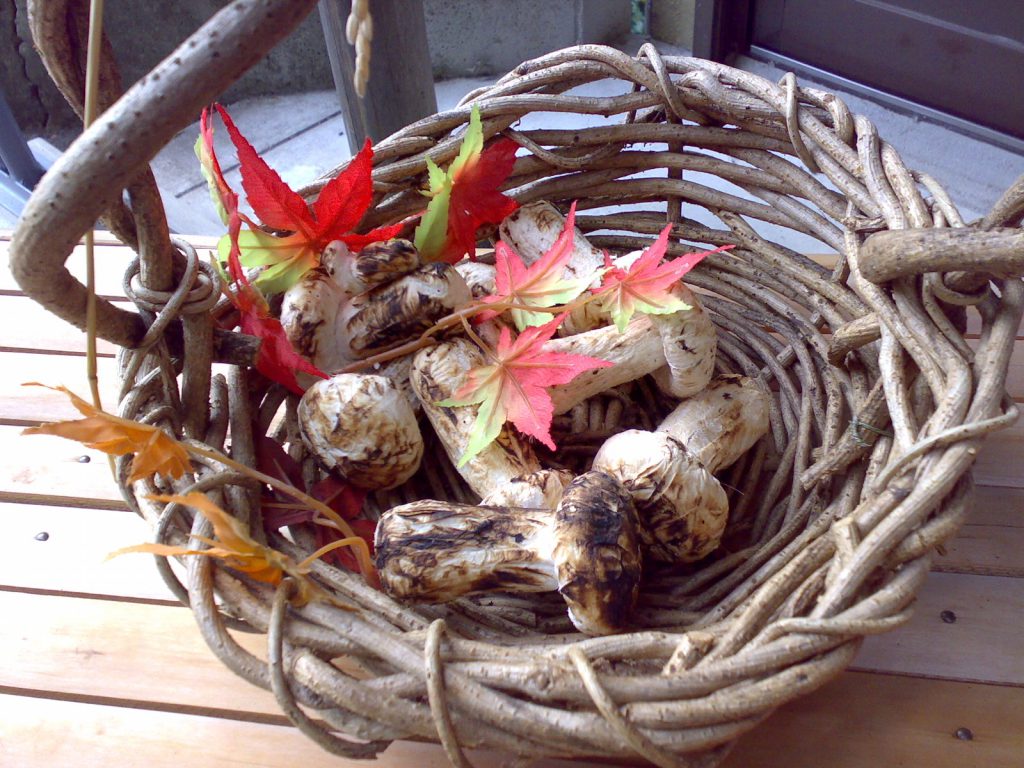