Today we introduce Japanese unique culture called WABI, SABI. This will be interesting you and may be a key point when you work in Japan. One of the Afh Secretariat’s foreign staff introduces his experience in Japan.

A few years ago, I wrote a newsletter for one Japanese website “whether Japanese people don’t give a clear answer or why their behavior doesn’t match.” This time, I would like to express the opinion from one of a close Japanese friend (Mr. Tatsumi).

He Said Its True that; “The Japanese don’t make clear intentions”. But he doesn’t think it’s a bad thing, because it’s also the spirit of Japanese culture, and the habit of respecting each other is part of every practice. There is a Japanese word “Wabi-Sabi”(侘・寂）. As he was born and raised in one of the ancient cities (Nara) and he lived by touching the world-famous historical monument. He wants to cherish the good old Japanese spirit & Culture worldwide.

“Wabi” and “Sabi” are the highest aesthetics in traditional Japanese art.

“Wabi” is what Sen Nori Rikyu (tea ceremony) aimed for, as the ultimate aesthetic sensibility and Aside from elegance and fancy, there is a calm state where there is a lot of silence.

It is said that Sabi was continuously Sought by Haiku poet Matsuo Basho. Though it is quite difficult and almost impossible to explain it in words, but a tranquil and calm atmosphere that has been refined by nature and the beauty of medieval mystery can explain it!

I have heard that ‘Japanese culture does not Value Language that much compares to western culture’. In other words, in contrast to Western culture, where it is natural to express and convey all things in words, Japanese culture is sometimes expressed in an abstract and sometimes emotional way to express each other in mind. “Communication” with a sense of sharing. Anyway, I’m convinced that there is a reason.

“Wabi-sabi” is the case, and it is difficult to describe and explain completely in words. As a way to understand “Wabi-sabi” in an easy-to-understand manner, it is possible to experience the Japanese lifestyle and culture together and repeat “This is Wabi, this is Sabi” on the spot. Or, compare the differences between Japanese and foreign cultures using specific examples, and ask them to understand the differences. For example, the difference between the mustard (foreign culture) and the wasabi (Japanese culture), Or a sense of Japanese who often love the scatter of flowers to foreigners who often love blooming flowers.

Also, it may seem like an easy idea, but if you look at the movie “Last Samurai” with that in mind, you may get a glimpse of a Japanese sense including wabi-sabi. I myself see this movie depicting the conflict between modernization (Western culture) and tradition (Japanese culture), and I think that Japanese culture and senses, including wabi-sabi, may be conveyed to the world. And I think there are many more movies as well.

In any case, it is understood that Japanese culture has too many things that cannot be expressed in words, and that it was by no means inconvenient or bad, but rather an important element of the development of Japanese culture and society. I would like you to understand and experience “Wabi-Sabi” as the first step. Rather than telling the meaning and understanding the meaning, it is important to convey the emotion as if it were poetry and feel the emotion. That is the spirit of Japanese culture, and I think it leads to “Wabi-Sabi”.

A few days later, he took me to Kyoto to make me feel and understand “wabi-sabi”. First, I visited a gold-plated gold pavilion at Kinkaku-Ji, (I put a stone in the sand, and it was simple, but the ultimate lean garden that never gets tired) and sat down for a while and looked at the garden. Through this experience, I was able to see and feel “Wabi-Sabi” and understand a little. 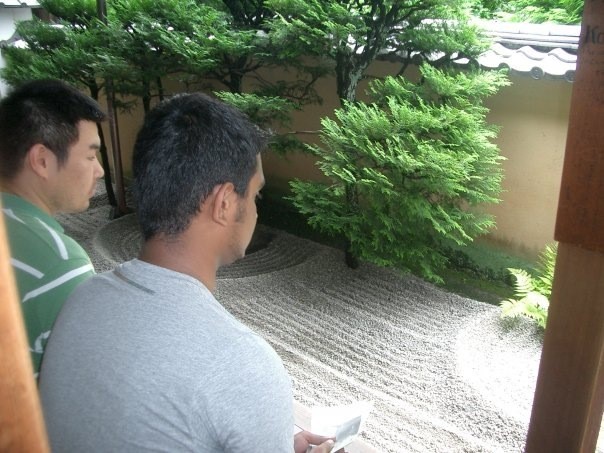 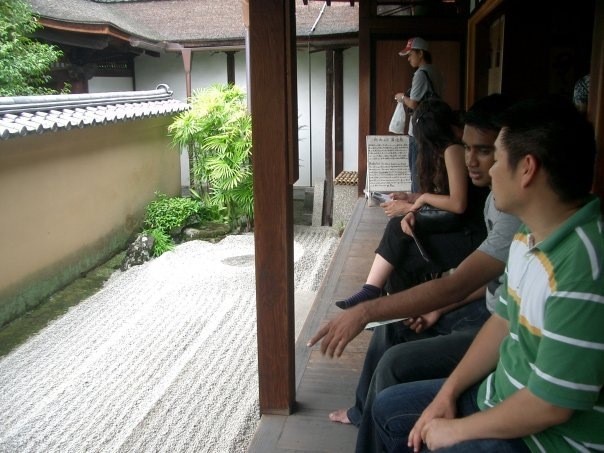 The question and mystery of “whether the Japanese do not give a clear answer or why the behavior does not agree” gradually understands the differences in Japanese culture through conversations and experiences with people like him. It is no longer a mystery, and I am very grateful to the people like Mr. Tatsumi who taught me Wabi-sabi and other traditional Japanese culture.

I hope when you come to work in Japan, please remember my experience and feel free to ask any Japanese colleague to let you have experience Wabi-sabi! We are waiting for your visit to Japan.

My name is Md Bahuddin Rubal. Came to Japan in the year 2005 from Dhaka, Bangladesh. Graduated from Ritsumeikan Asia Pacific University (2009). My hobby is sports (Cricket). Right now, I am the president of Nippon Tigers Cricket Club in Tokyo.