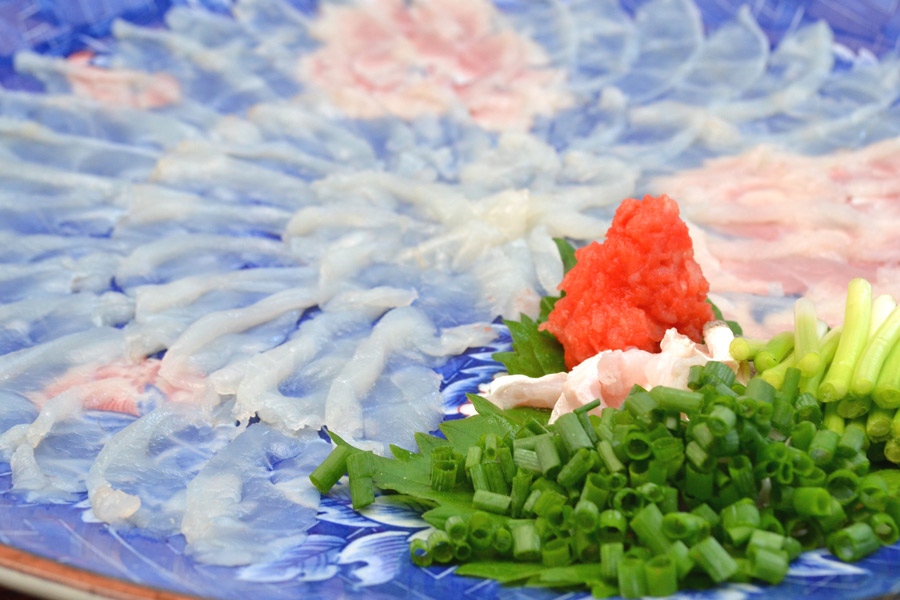 In the world, several fish, shellfish, and other aquatic organisms both obtained from fisheries and aquaculture are consumed increasingly by people but Japan has an important part of the consumption. Especially, some specific fishes: Tuna, Pufferfish, Row oysters, etc.

After I came to Japan as a marine science research student I was curious about the fishes of Japan and seafood cuisine. I knew that they have great cuisine culture such as producing different dishes and cooking methods about seafood dishes. I choose one of the most interesting fish which is called Blowfish or pufferfish as known “Fugu ふぐ” because this fish in the other countries is known as a poisonous or dangerous fish that contains tetrodotoxin (TTX). Tetrodotoxin is a neurotoxin with potential analgesic activity. Also, it is clearly known that TTX is 120 times more hazardous than cyanide.

In Japan only chefs allowed to cook and prepare Fugu, pufferfish who obtained a specific “Fugu chef“ license after passing the test. According to “Fugu law” it is a safe way to eat in Japan. On the other hand, the custom of eating Fugu dishes has been loved since ancient times in Japan. Usually, people eat in the winter season for celebrations, receptions, banquets, and new year holidays. Serving and preparing Fugu is no simple task-it is composite work of art that good plates can accentuate the Fugu beauty. Fugu’s beauty is coming from its beautiful semi-transparent color and this is one of the reasons that plates are important. 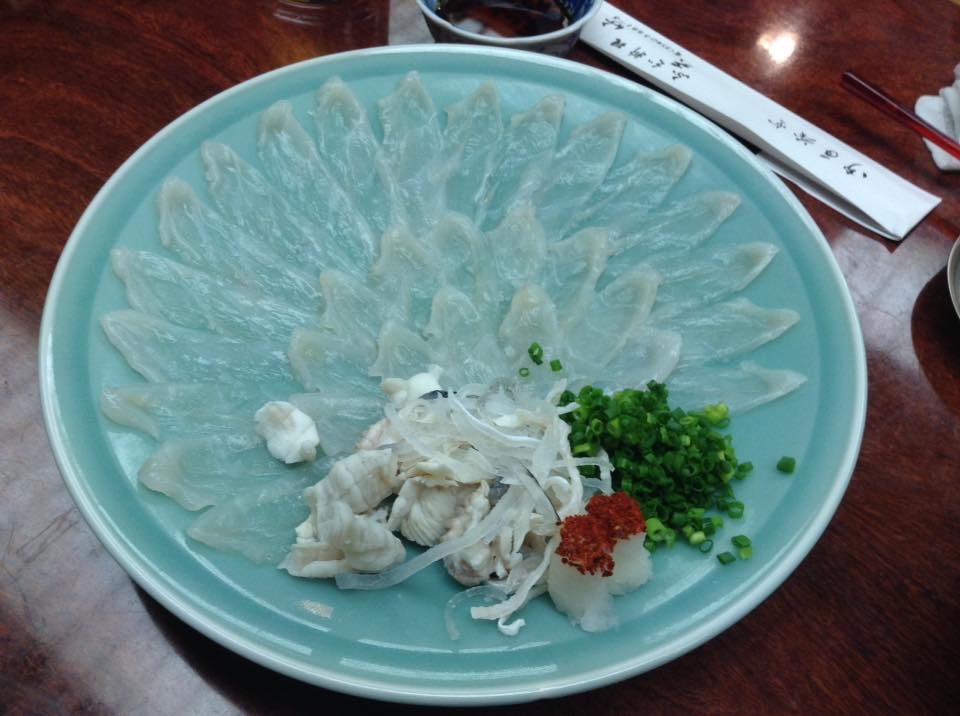 Usually, people are curious about the taste of Fugu that so many people have never tried Fugu in their life. One of the most important reasons is that eating Fugu is regarded as a luxury in Japan. Actually, if fugu was not poisonous and processing was not difficult, Fugu may not have become so highly-priced. In addition, Fugu is rich with collagen and taurine that contains a lot of proteins but is less fat. If we compare with other fish you will notice pufferfish, Fugu is an optimum fish for health.

Fugu has an undefinable, mysterious, and amazing taste. It is gelatinous and also does not smell like other fishes. When you put in your mouth the Fugu sashimi-row fish- you can feel how really it is delicious. I can say definitely tasty and safe.

I am Sevgi Bozdemir and I came from Istanbul which has big and the most popular city in Turkey. I love amateur fishing, traveling, and cooking, to meet new people and different cultures. I love the fishes of Japan and seafood cuisine. Before came to Japan I knew and they have great cuisine to make and create different dishes and cooking methods about seafood dishes. I came to Japan in June 2015 as a Marine Science researcher student at Tokyo University of Marine Science and Technology. When I was doing my experiment at the same time I was curious to learn and discover this unique, great culture and beautiful country. When I was in Tokyo many times I went to fishing with my friends in some coral areas. I stayed 15 months in Tokyo. After finished my experiment that I decided to stay as a tourist in Japan for traveling. I visited many cities such as Nagano, Kyoto, Hiroshima, Chiba, Toyoma, Nagoya, Niigata, And also I am planning to visit more cities and Islands In japan.