ーDelicious in its simplicityー

The main feature of Japanese cuisine is its desire to emphasize the natural taste of the product only accentuating it with a small amount of additional ingredients. Among all possible culinary operations, those that minimally change the original taste of the product are especially appreciated. That is why the main tool of the Japanese chef is just a knife. The most vivid example of such an attitude to food is sashimi, a dish of artfully sliced ​​raw fish (or, sometimes, meat).

The word “sashimi” consists of two hieroglyphs, literally meaning “pierced body”. This name comes from the ancient method of catching and preserving fish, in which freshly caught fish was killed by brain piercing and placed in crushed ice in order to avoid lactic acid formation. The absence of the acid means that the meat can remain fresh for up to 10 days in ice without complete freezing. Now it is impossible to preserve fish in this way, therefore, a modern person, unfortunately, cannot experience the original taste of sashimi. 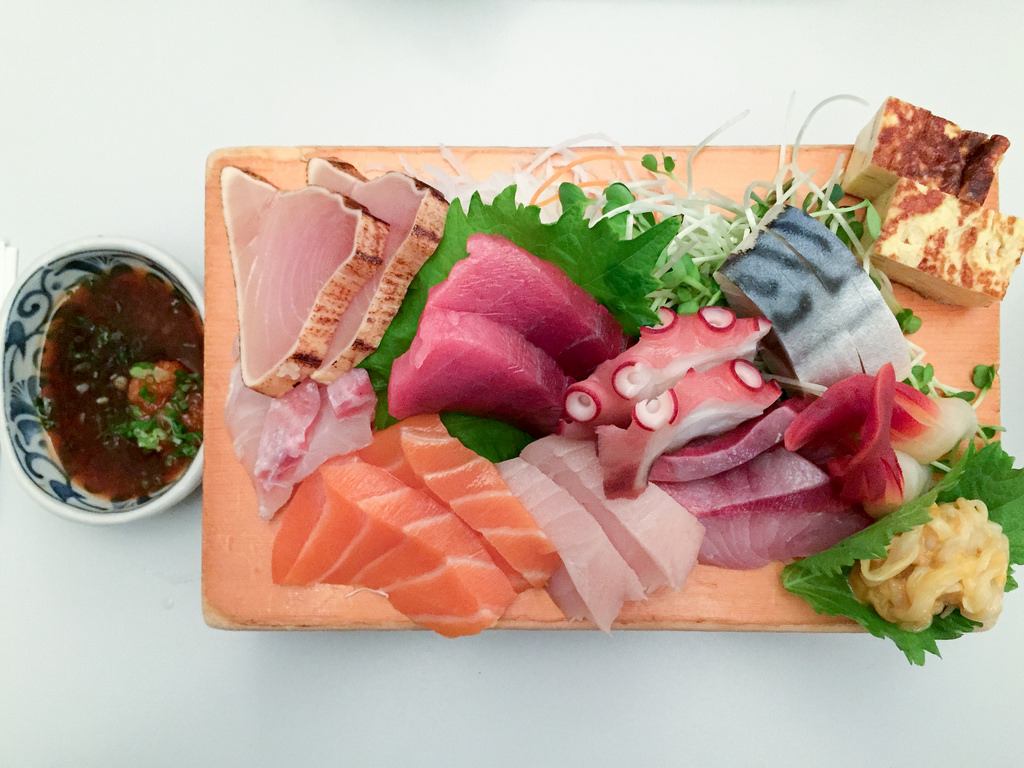 Sashimi is usually served at the very beginning of the Japanese meal before the palate is not affected by any other strong flavors. This dish is not designed to satisfy hunger, but to contemplate and enjoy the taste. Skillfully cut slices of several varieties of fish can be relatively thick or thin to transparency. Surprisingly enough, the taste of sashimi is strongly dependent on the method of cutting the fish. Traditionally, the fish is served on daikon slices (Japanese radish variety) and is accompanied by pickled ginger, wasabi and soy sauce. The main types of fish for sashimi are tuna, carp, salmon, trout, yellowtail, perch, catfish, halibut, cod, flounder, grouper. Like all seafood, fresh fish is rich in proteins and essential minerals for humans (zinc, phosphorus, potassium), B vitamins and fatty acids.

Initially, sashimi was considered as the food of the aristocracy. The rest of the Japanese population until the 20th century ate very simply: fish, rice, seaweed, tofu, vegetables, pastries and tea. Cooking was the responsibility of women, but only men could become professional chefs. To prepare raw fish dishes, the master dressed in a special high hat and ceremonial kimono. Until now, in many restaurants in Japan sashimi is prepared at the counter in front of guests. Just like many other Japanese dishes sashimi is seen not just as a meal but as a work of art. 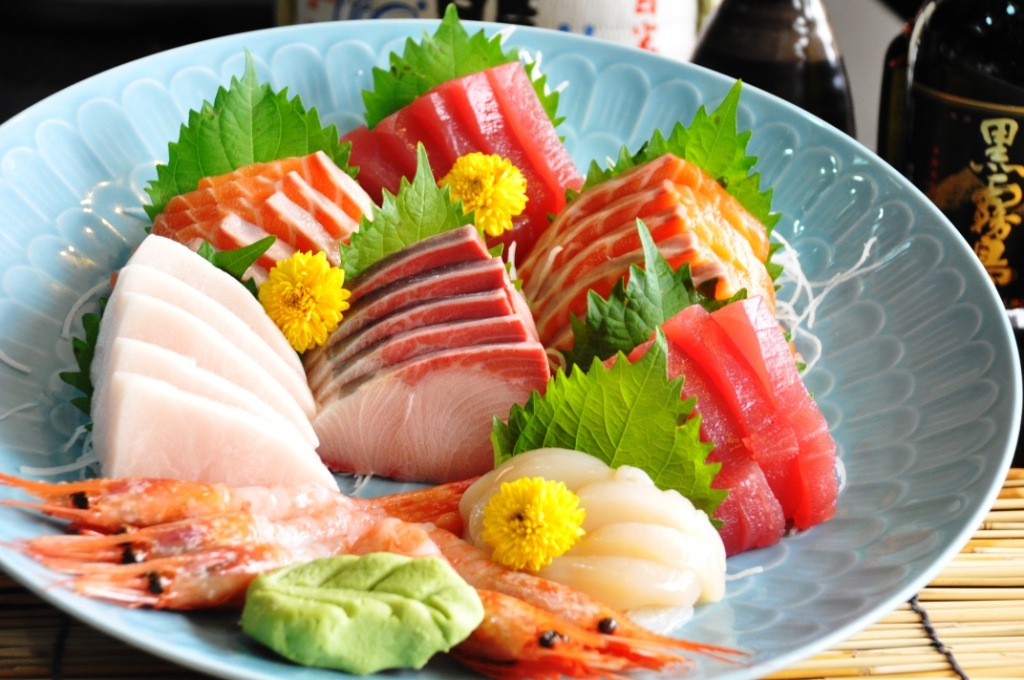 Hi! I am Svetlana from Kazakhstan. I am 26 years old. After finishing my Bachelor’s in Translation Studies at the Eurasian National University of Astana, I continued my education in Scotland, Italy and Spain earning my Erasmus Mundus Joint Master’s in Crossways in Cultural Narratives – a multidisciplinary program centered on exploring the theme of cultural hybridization through the lenses of Literature, Art History, Film Studies and Gender. Currently I am participating in a relatively new project called Awaji Youth Federation based on a beautiful island of Awaji, Hyogo Prefecture, Japan. I believe that this program is a unique opportunity to explore one of the world’s most extraordinary and interesting countries with like-minded peers from around the world. From its rich history of art and literature to its contrasting modernism, Japan, in my opinion, is a major influencer and contributor to contemporary society. Having spent about a month in this country I continue discovering its beauty. I become more and more passionate about Japanese culture, language, and especially Japanese food.