Differences between Kansai and Kanto food

Within the 47 prefectures of Japan, there are a variety of styles and traits to each local dish. However, some of the more drastic differences can be found between the dishes made in the Kansai and Kanto region.

◆So, what exactly is different across these 2 regions？ For starters, dashi (出汁, だしじる), which is the soul of Japanese food. The dashi used is traditionally made with different ingredients as well as concentrations. The Kansai region mainly used konbu (昆布, こんぶ), which is a type of kelp, to make their dashi. Meanwhile, the Kanto region uses mainly katsuo (鰹, カツオ, かつお) which is bonito fish, for their dashi. Not only are the flavour profiles different, but the concentration of salt is also different as well. The Kansai dashi has a more mellow taste whereas the Kanto dashi packs more of a punch. The colour is different as well. Kanto dashi is almost always darker than Kansai dashi. You can even see the differences in the same brand of cup noodles from both regions.

◆So why is there such a difference? According to some, the Kansai area was full of merchant towns during the Edo period. As these merchants had workers who lived and worked in the company compounds, the merchants gave them food that was bland, so that the workers would not ask for more rice, which is an expensive commodity especially back in those days.

◆Another food with a major difference is sushi. Did you know that Osaka style sushi is much older than the common day Edo-mae (Edo Style) sushi? Edo-mae sushi was developed back in the days when people were busy working, and they wanted to spend less time eating. Food cart owners prepared sushi in the simplest way, by putting fish on top of rice. Edo area was also very close to the seas, so they prioritized the flavour of fresh fish. That was the start of Edo-mae sushi. You could even say that Edo-mae sushi was the fast food of Japan back then. 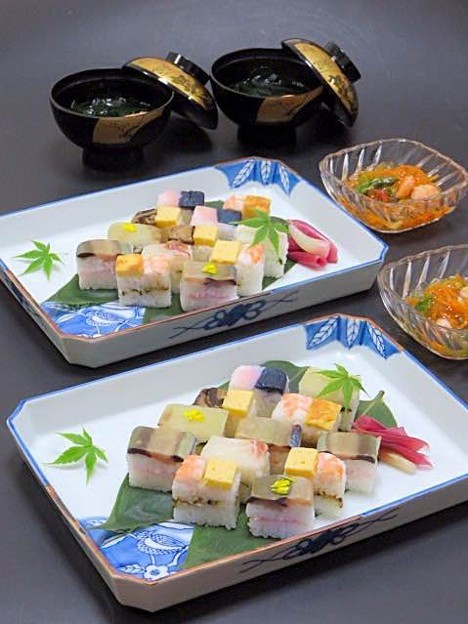 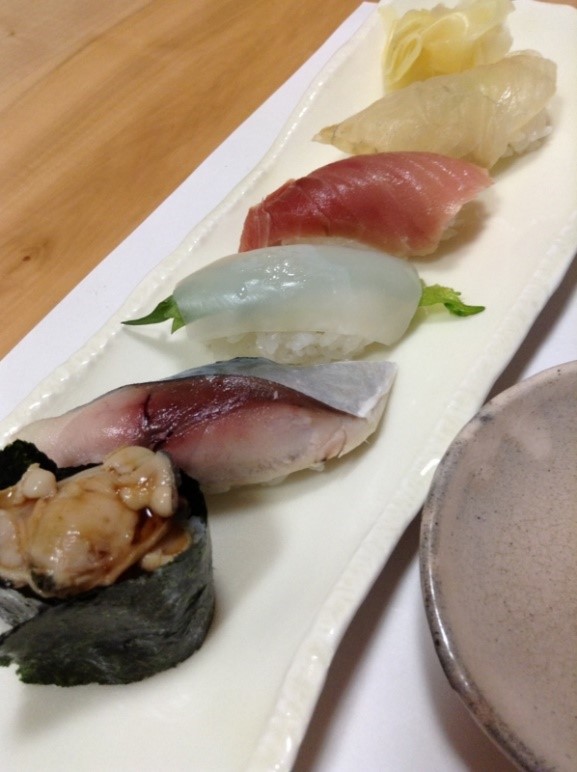 The Osaka style sushi, also known as hakozushi (箱寿司, はこずし, literally box sushi). Hakozushi is a type of sushi-style called oshizushi (押し寿司,  おしずし, literally pressed sushi), and it dates back to 300 BCE, while Edo-mae sushi only started around the 18th Century CE. In the past, vinegar was added to rice to prevent it from going bad. Modern-day sushi uses a mix of vinegar and sugar, but the amounts are different in both regions. Edo-mae sushi emphasizes on the taste of the topping, hence a milder seasoning for the rice. Kansai’s oshizushi was meant to be eaten even after long periods of time, so it was flavoured with more vinegar and sugar. One more thing to note is that oshizushi has a higher ratio of rice to topping, which is why there is a need for more seasoning as well.

◆One last difference between the two regions would be meat. In Kansai, when you ask to buy meat, people would simply assume it’s beef. And in Kanto, it would be assumed to be pork. 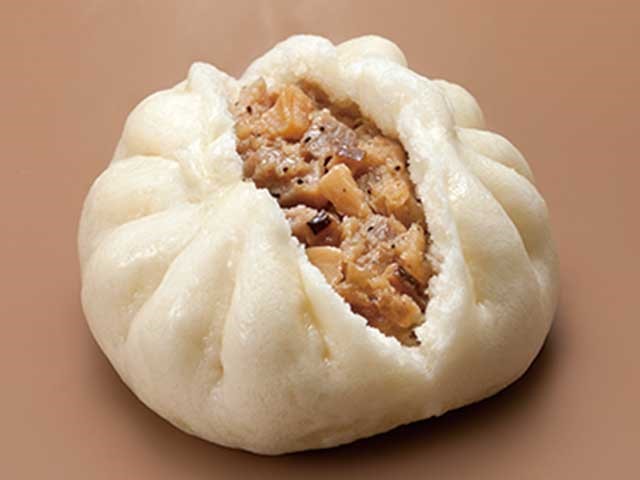 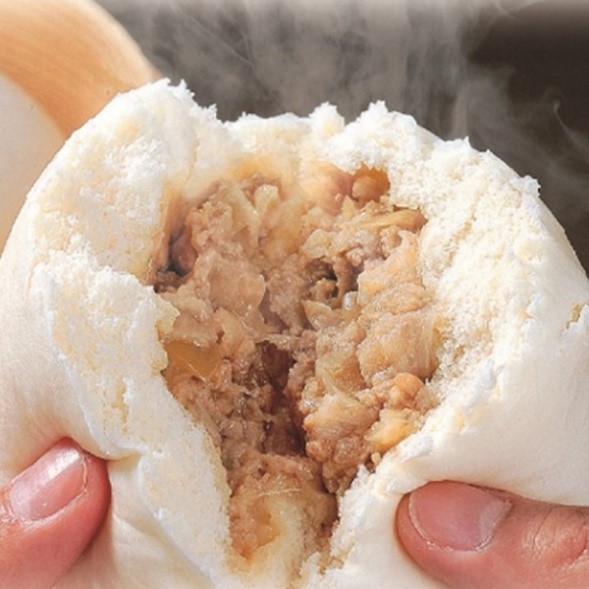 （Left:Nikuman, Right:Butaman)Which is why, depending on where you bought the dishes, they would be either called by a different name or have different meat fillings. Nikuman (肉まん, にくまん) or meat bun, is commonly filled with pork in the Kanto area. However, in the Kansai area, it would be called Butaman (豚まん, ぶたまん) or pork bun instead. Nikujaga (肉じゃが, にくじゃが), a common and popular dish, would have the respective regional meats in it as well.

◆Why is this so? The Kansai area is warmer than the Kanto area, which is why cows are the preferred choice when it comes to farming and agriculture. In the Kanto area, they mainly used horses which were more resilient to the cold. However, horses don’t produce as much meat as cows, and they were not appealing to the people of the Kanto region, which is why they ate pork instead.

If you get the chance, do travel to both areas and experience it for yourself!

I’m a BFA Interactive Media graduate from Singapore. My hobbies include calligraphy, painting, photography, and travelling. I’m also one of the 2nd Generation fellows of Awaji Youth Federation, working in regional revitalization. My goal is to bring awareness to the hidden gems of Japan and attract more people to places other than common tourist spots.