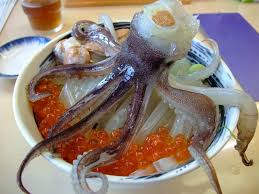 When I mentioned the name ‘odori-don’ to my friends, their immediate reaction was to cringe. The word ‘odori’ means ‘to dance’, so at first the dish sounds like something fun or colorful. However, the name is actually a description of the food itself – often raw squid, octopus or shrimp – and the way it moves as if it is alive while you are eating it.

Odori-don is just one dish in the category of ‘odorigui’ or ‘odori-cuisine’. The internet gives two reasons why food dances as you eat it. The first, and most controversial reason, is that the animal may actually be still alive. The other reason is that, in a particular dish called ‘katsu ika odori-don’, when soy sauce is poured on the animal (most commonly squid), the sodium triggers electrical impulses in the muscles which causes it to writhe around as if it were alive. Whichever reason you go with, odori-don is a dish for those with adventurous tastebuds and a strong stomach. 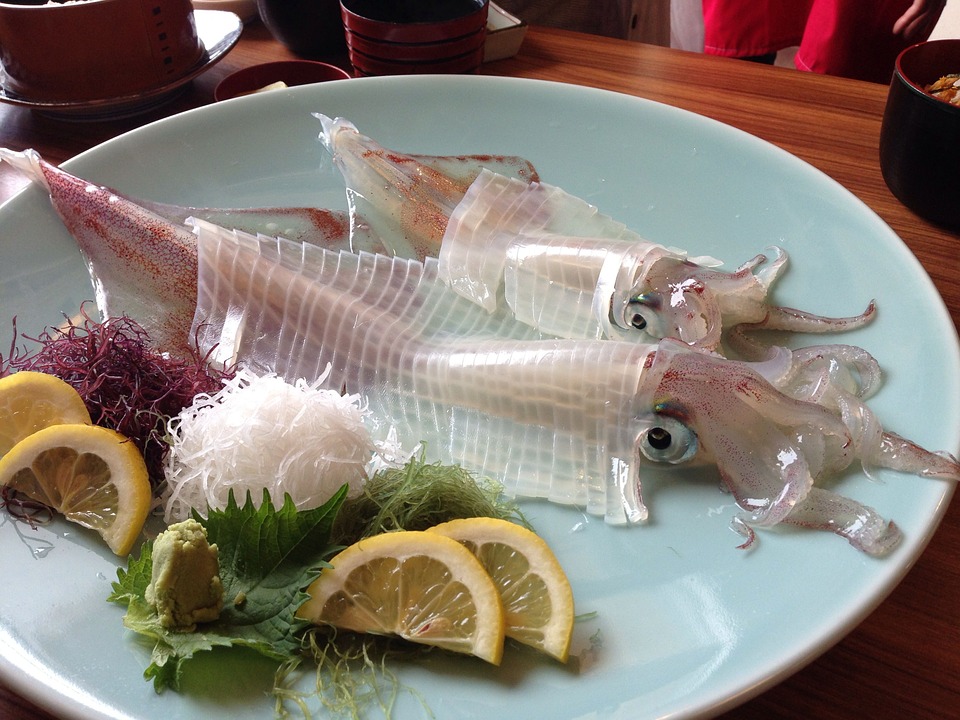 The idea of odorigui relies heavily on the idea that the fresher the sashimi, the better it tastes. It is said that the practice of odorigui first began in the port city of Fukuoka. As the whitebait fish caught around Fukuoka start to deteriorate as soon as they die, locals began eating the fish while it was still alive. It is also likely that this type of cuisine began as an offshoot of ‘ikizukuri’, which is the practice – common in Japanese sushi restaurants – of making seafood into sashimi while it is still alive. But not to worry – the practice of ikizukuri is apparently designed to inflict the least amount of pain on the animal, as pain releases lactic acid affecting the quality of the dish. 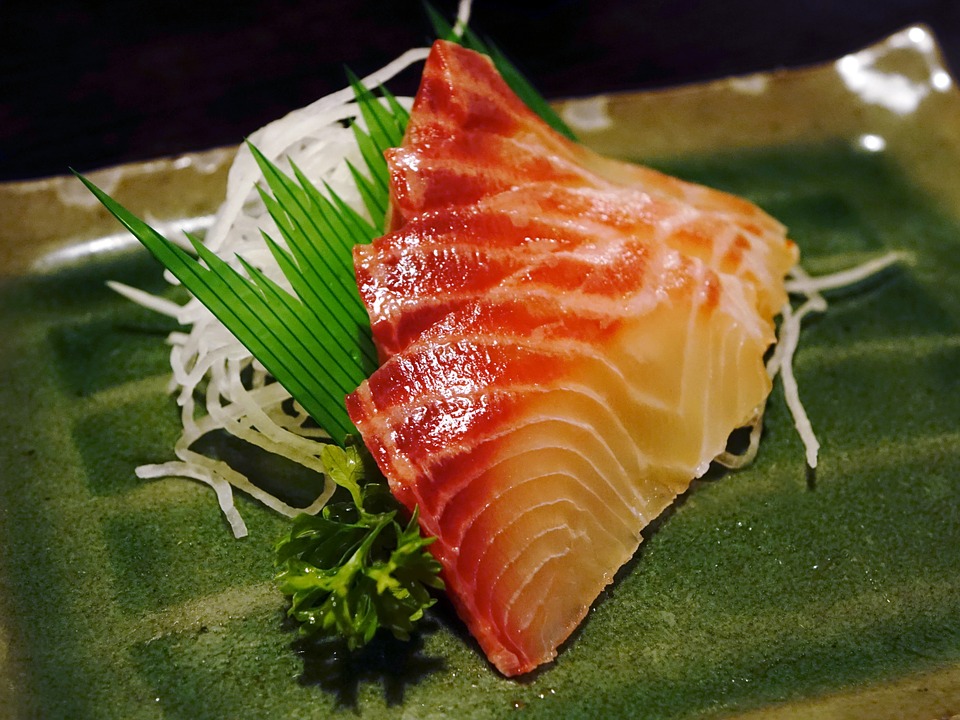 What have been the reactions to odori-don? There are, of course, those who believe the practice is cruel and barbaric, nothing more than a tourist gimmick. The practice of ikizukuri was even banned in one state of Australia, where it violates animal rights laws.

But if you’re willing to take the plunge and try odori-don, the best place to do it is in Hakodate’s donburi restaurant area. In this area, at a restaurant called Ikkatei Tabiji, odori-don was first captured in a video uploaded to YouTube, alerting the world to this weird and wacky Japanese dish. You can also experience the ikizukuri method of preparation in many sushi restaurants. Outside of Japan, a Korean dish called ‘sannakji’, serves octopus tentacles moving due to nerve endings being are still intact, meaning that this dish also ‘dances’.

Take it or leave it, odori-don is definitely something unique!