Like in some parts of the world, the Japanese eat a lot of edible algae in various forms. Called kaiso (海藻, literally “sea algae”) it’s high in nutrients, versatile in cooking and plays an indispensable role in the traditional Japanese diet. In fact, the Japanese have been eating this superfood for over 1,500 years!

You may have already encountered seaweed at the supermarket, found in all different sizes, color, and composition. Raw, dried, cooked, seasoned, and more, there’s a huge range of seaweed out there!

Nori are dried sheets of red algae. The sheets are paper thin and can be found in a variety of sizes such as large squares or small rectangles. It’s commonly used to wrap sushi rolls and onigiri (おにぎり, rice balls), or finely shredded to garnish noodles and soups.

Toasted and seasoned nori is called Ajitsuke nori (味付け海苔, literally “seasoned nori”), usually seasoned with soy sauce, sugar, sake, and mirin. Nori can also be cooked down into a paste and eaten with rice, which is called Nori no tsukudani (海苔の佃煮, literally “nori cooked in tsukudani”).

You can eat nori with rice, noodles, or as is! Nori degrades when exposed to air, so it’s best to buy packets of nori in single servings or eat it all once opened. 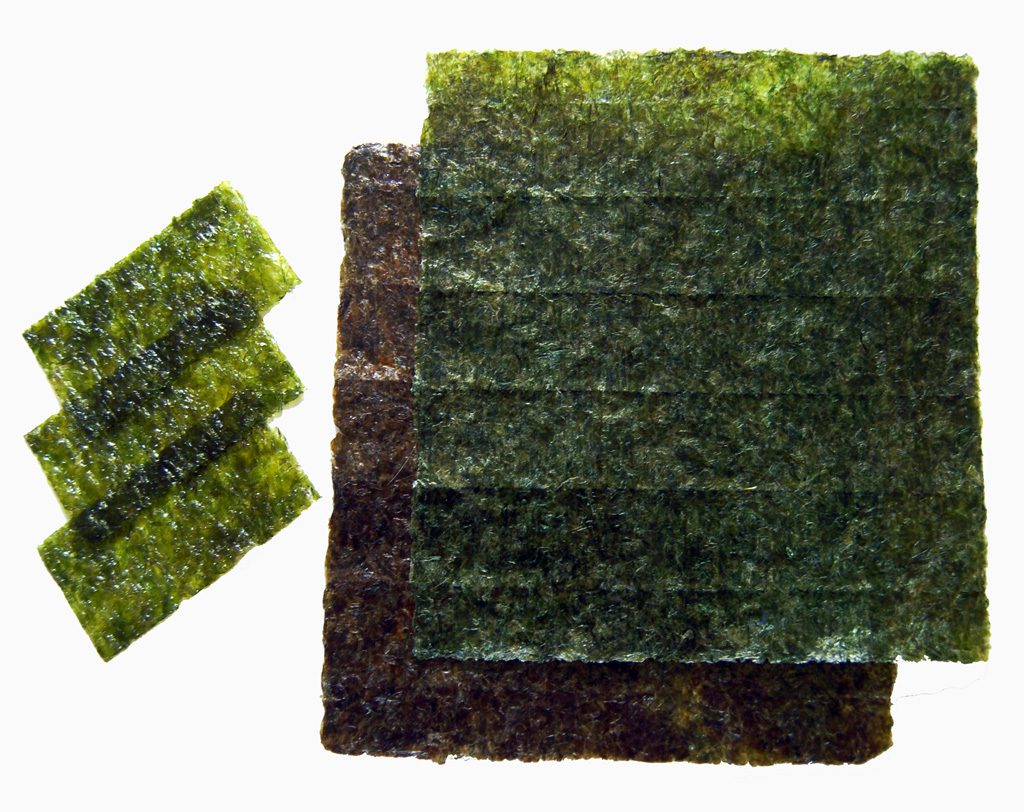 Wakame is the most common type of edible seaweed, and also eaten in other parts of Asia. It is used in miso soups, salads, and side dishes. It can be sold dried, salted, or fresh.

Wakame is low in calories, high in nutrients such as vitamins A, C, E and K, as well as iron, copper and phosphorus. Consumption of wakame may help reduce blood pressure and heart disease risks, benefit heart health, decrease blood sugar, aid weight loss, and may have cancer fighting properties. 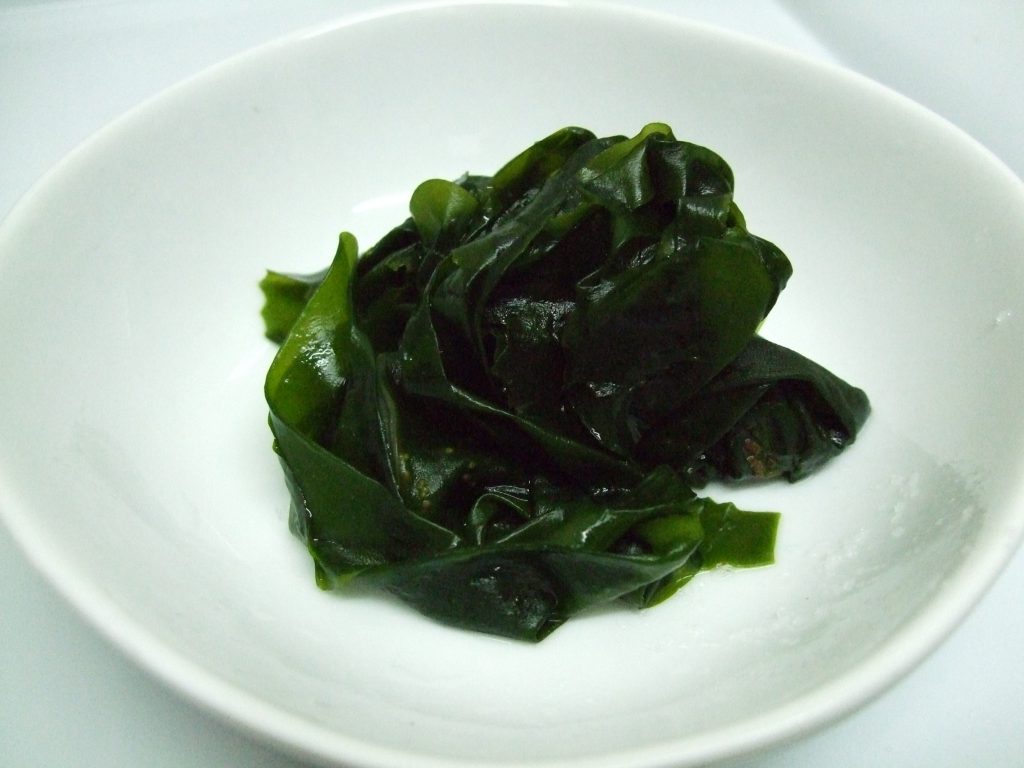 Resembling leather strips, kombu is an essential ingredient in Japanese cuisine as it is used to make dashi (出汁), Japanese soup stock and also used in a variety of celebratory dishes. When used for dashi, the Japanese use the dried variety by soaking it in water overnight to extract the umami flavors from the kombu. The used kombu can be then used for a variety of dishes such as in oden (おでん, fish ball stew), nimono (煮物, a homey simmered dish), or cooked down to make the sweet-savory rice accompaniment tsukudani (佃煮).

Kombu is highly prized in Japan and the northern island of Hokkaido is famous for their high quality kombu. Some well known kombu include Ma-kombu (真昆布), Raus-kombu (羅臼昆布), and Rishiri-kombu (利尻昆布).

Dried and shredded kombu are called Oboro kombu (おぼろ昆布) or Tororo kombu (とろろ昆布). You can add it to miso soup or wrap onigiri in it. 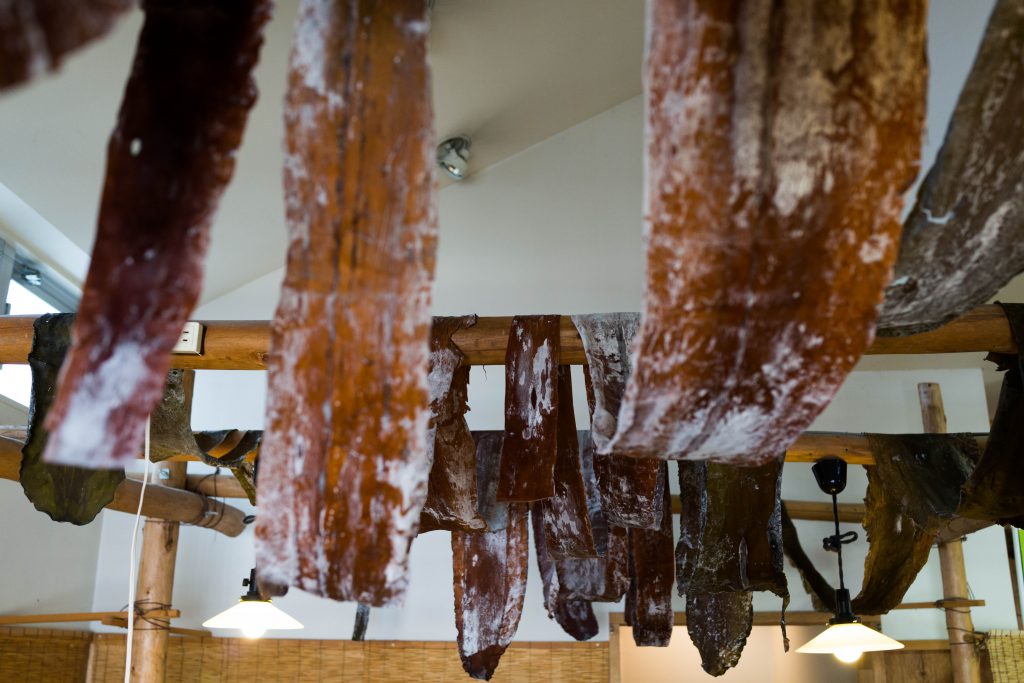 A brown seaweed rich in dietary fiber and essential minerals, it turns black when cooked.

It’s usually sold dried, which is then reconstituted in water and then cooked with vegetables or fish. In addition to its health benefits, the Japanese believe that consuming regular amounts of hijiki will give you thick, black, luxurious hair.

A copious amount of the green aonori flakes are a must for okonomiyaki (お好み焼き, Japanese savory pancakes), takoyaki (たこ焼き, octopus balls), yakisoba (焼きそば, Japanese pan fried noodles) and more! The green seaweed is usually dried and sold in flakes, but can also be eaten raw or added to miso soup. Not only does it add color to the final dish, but also adds a pleasant ocean-y fragrance. 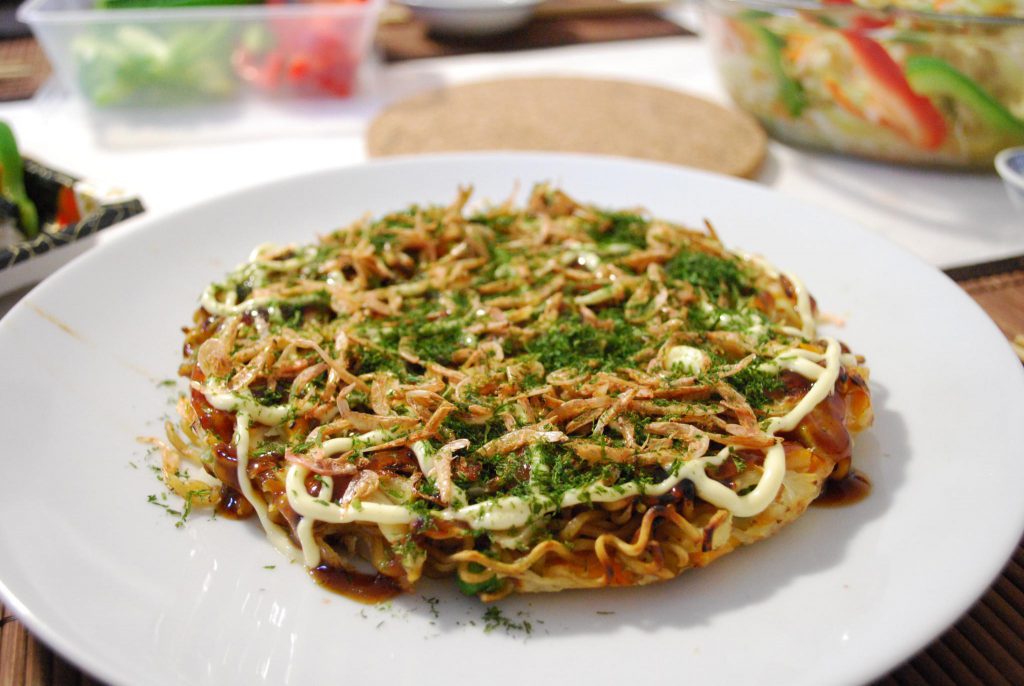 A type of brown seaweed harvested off the southern islands of Okinawa, it has long been considered a superfood by the Okinawans. Mozuku has a characteristic slimy texture and it’s usually sold seasoned with vinegar and packed in individual cups to be eaten as is. It can also be fried in tempura batter, added to soups, omelettes, and noodle dishes. 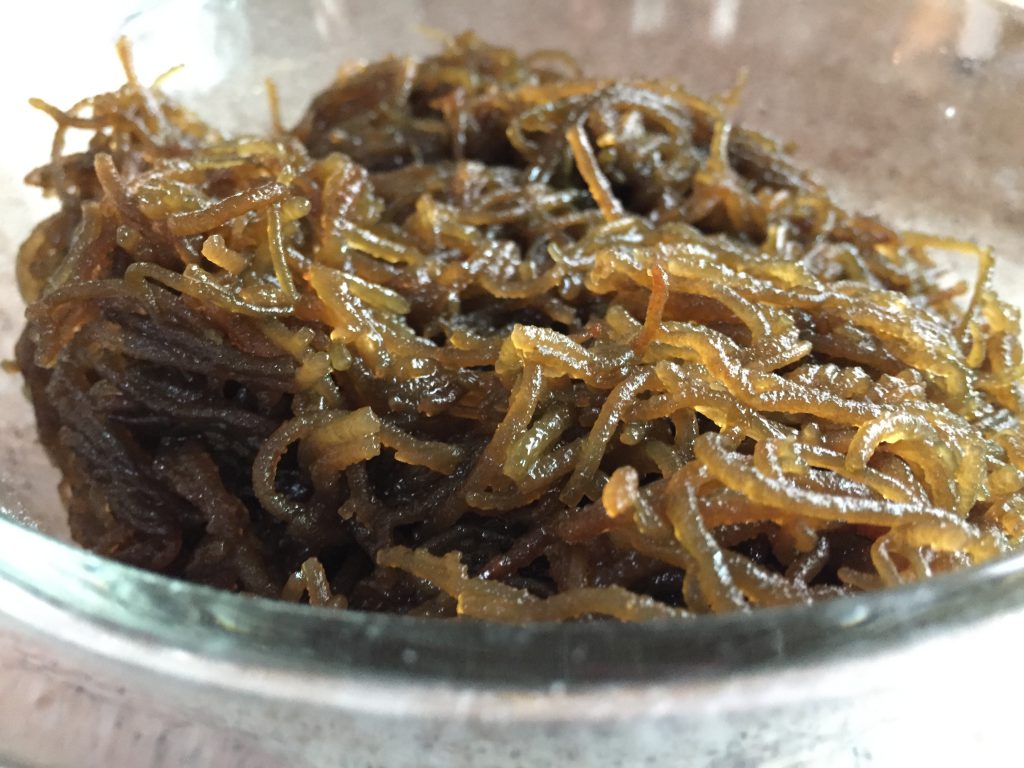 Literally “sea grapes,” this green algae resembles tiny clusters of grapes. Unlike the other forms of seaweed which have been eaten for centuries, umi budo was first commercially harvested in 1986. Umi budo is associated with Okinawan cuisine, where the seaweed is usually eaten as is or with ponzu. 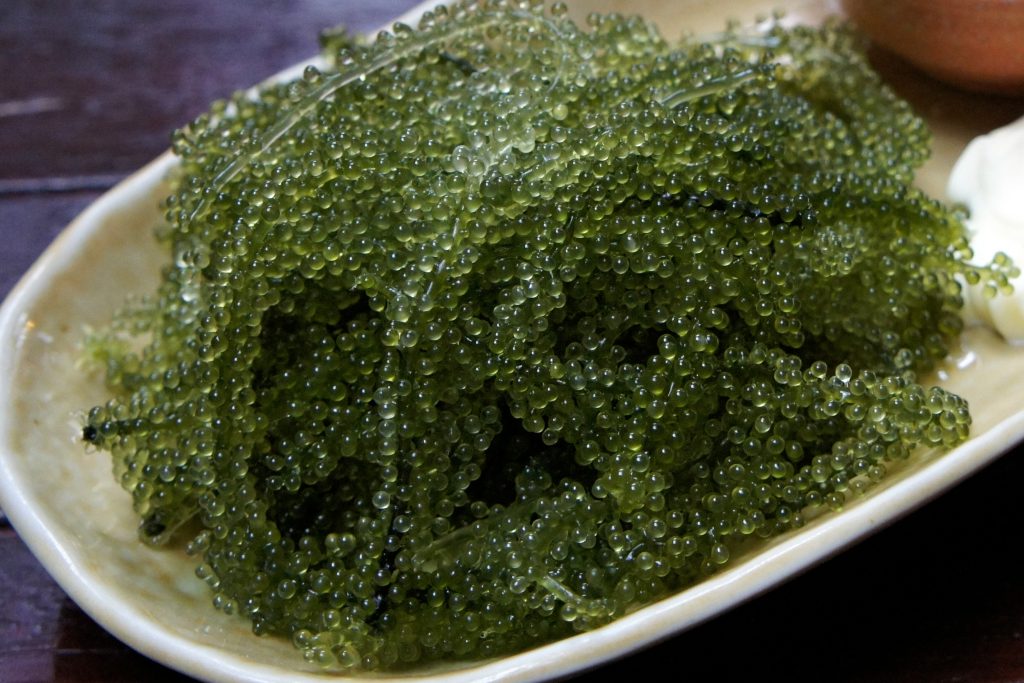