Are you planning to take an extended holiday? Take advantage of the collection of holidays in April/May and mid-September. Check the corresponding dates for Golden Week (ゴールデンウィーク) and Silver Week (シルバーウィーク), and get planning on your next vacation!

What is Golden Week

Golden Week is a group of four national holidays from late April to early May. It also kicks off the travel season that continues until the summer and is one of the busiest holiday seasons after the Japanese New Year and Obon. Depending on the year and how the weekends align, it could be one consecutive long holiday or broken up into two shorter chunks. 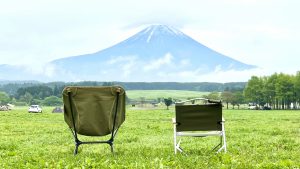 The day marks the ratification of the new postwar constitution on this day in 1947.

Greenery Day was originally celebrated on April 29 until 2006. The day is dedicated to promoting the emperor’s appreciation of nature. Before being declared Greenery Day, May 4 was another national holiday without a designation. 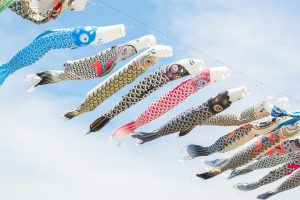 The Boy’s Festival (Tango no Sekku) is celebrated on this day. Families pray for their son’s health and future success by hanging carp streamers outdoors and displaying samurai dolls in their homes, symbolizing strength, power, and success in life.

What is Silver Week Golden Week is a group of three national holidays in mid-September. Unlike Golden Week, the days in Silver Week do not always line up favorably as consecutive holidays.

A day to celebrate the elderly. It was implemented in 1966. Families return home to pay their respect to their elderly relatives or volunteer at retirement homes. It is an increasingly important holiday in Japan with the aging population. As of 2018, more than one in four Japanese people is over 65.

According to the Japanese Public Holiday Law of 1948, any business day that falls between two national holidays will also become a holiday. So the Citizens’ Holiday does not take place every year if the holidays are not consecutive.