I have been living in Japan since 2012. Now, I am working as a salaryman in Tokyo. One thing that I love about Japan is Japanese food. There are many kinds of Japanese food such as Onabe(Hot pot), Donmono(Rice bowl), Obento(Rice box), etc. I could say that I was a Takoyaki lover before I came to Japan. But now, I found a very delicious and unique Japanese food! It is “Sushi.” The combination of raw fish on vinegar rice that have changed my world of food! When I was in Thailand I have tried eating Sushi but it was not good at all. However, when I came to Japan, I did try Sushi again and I found that Japan sushi is awesome! There is no smell of raw fish and the taste is totally good! 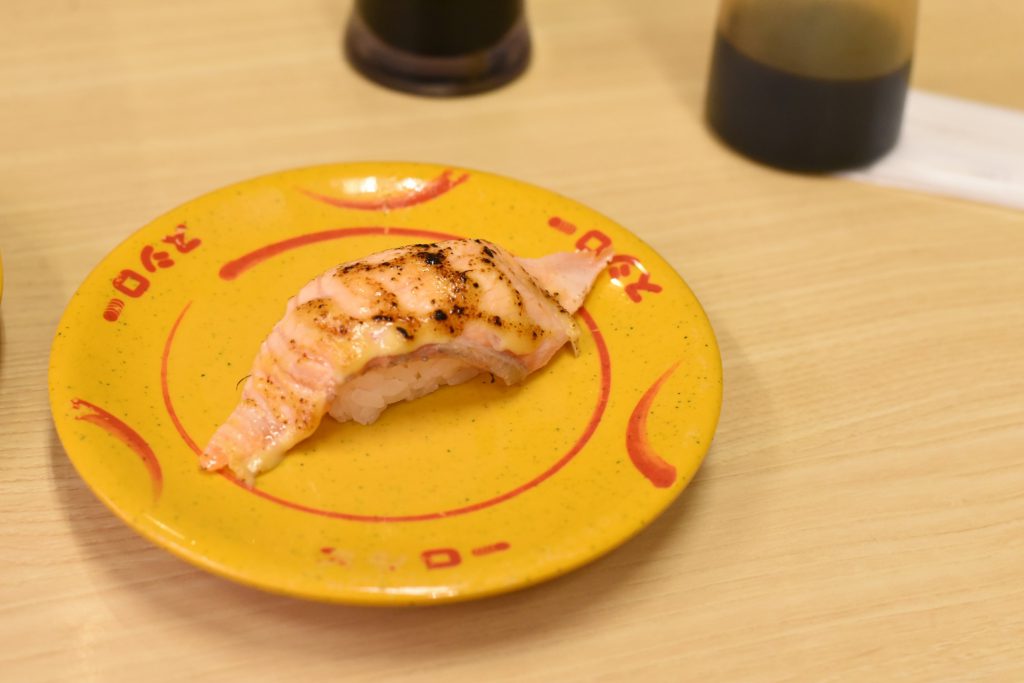 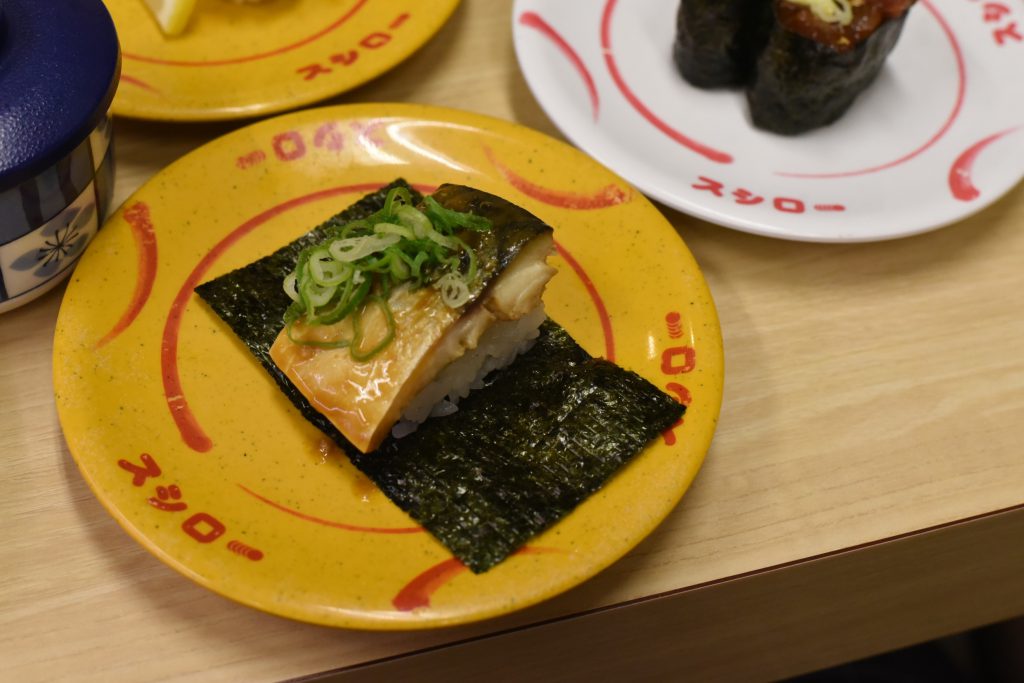 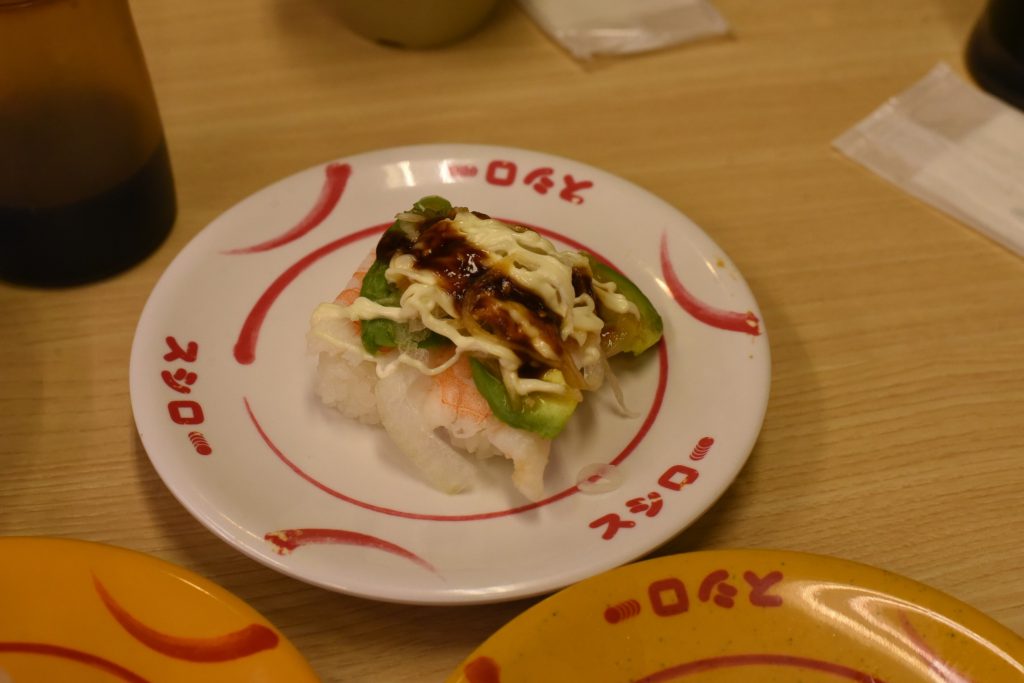 Do you know how to get rid of raw fish smell? The secret is “WASABI”, a Japanese spice that taste like mustard and the spicy will run to your nose too! Wasabi has antimicrobial that against smell and foodborne pathogenic bacteria. Wasabi became famous since Japan Edo period (1603~.) I was the one who did not like the taste of Wasabi too, but I continue eating it with sushi little by little and I found that the spicy of WASABI is not bad!

Many people came to Japan to try Sushi at famous or luxury restaurant. It is a good choice to go to those restaurants but as I have been in Japan for almost 5 years, I would like to recommend KAITEN SUSHI restaurant. KAITEN SUSHI restaurant is like a fast food. They will serve sushi on the rail that run around the restaurant. However, if you do not find any dish that you want, you can order it directly on the screen or via the staff. The main point of many KAITEN SUSHI is the PRICE! You can enjoy eating sushi just only 100 yen per dish! My recommendation about 100 yen KAITEN SUSHI restaurant name is “KAPPA SUSHI”, “SUSHIRO”, and “KURASUSHI”. Each of them taste good and most of the dishes price only 100 yen. At KURASUSHI, you can enjoy modern traditional Japanese machine call “GACHA.” GACHA is like a slot machine, all you have to do is eat sushi 5 dishes and put the dishes into the hole next to the table, you will have one chance to play GACHA every 5 dishes that put into the hole. If you win, you will get a reward.

Last time I went to SUSHIRO with my colleagues. We did have an eating competition! The challengers were my senior and me. As a result, I could not win against my senior… May be I need more practice to compete him!! I ate 30 dishes of sushi but my senior ate 50 dishes! One dish of sushi means 2 rolls of sushi, so he ate 100 rolls of sushi! However, the fun thing that you can experience at KAITEN SUSHI restaurant is sharing the time with family or your friends. It is only 100 yen per dish so you can do eating challenge easily! 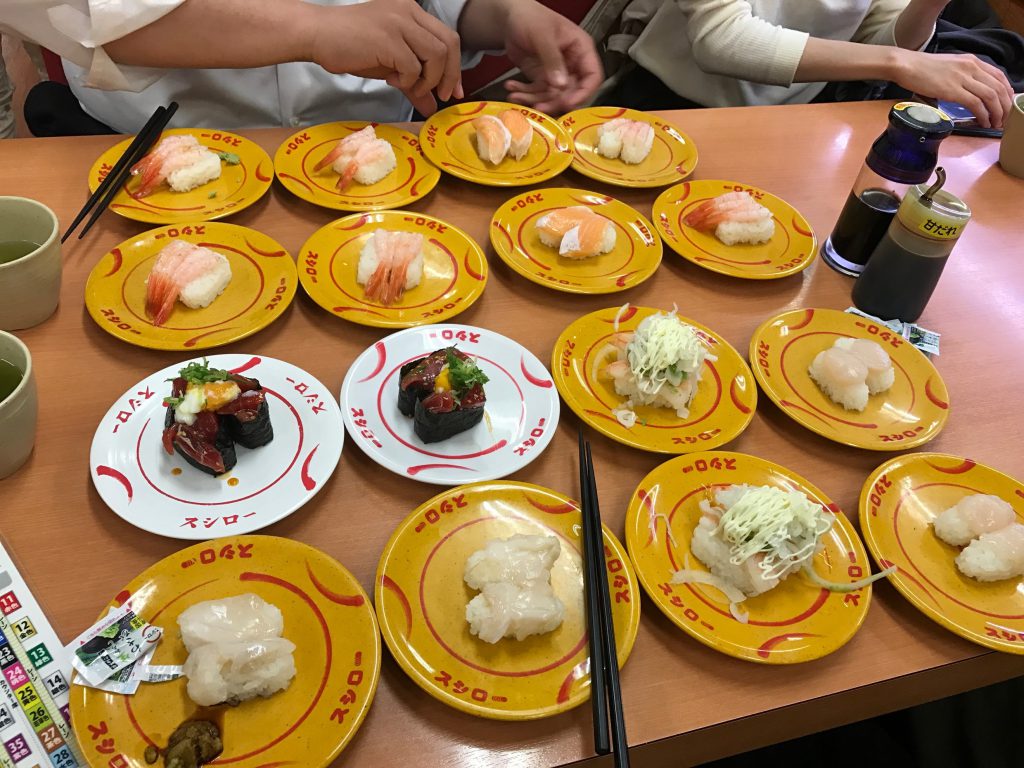 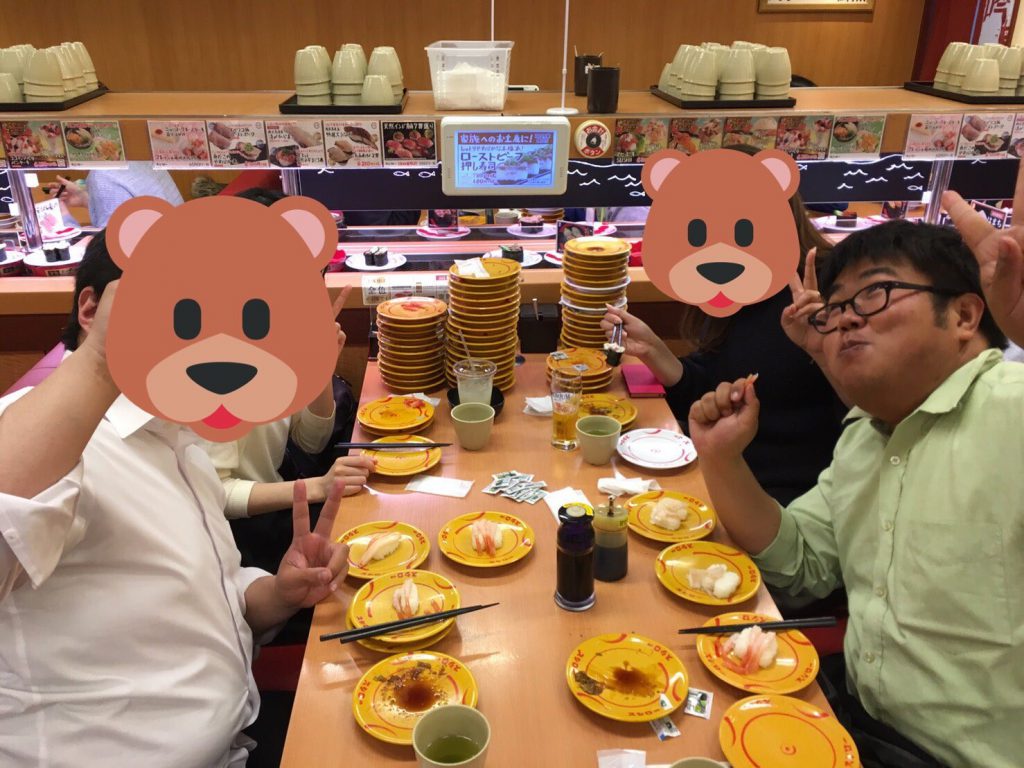 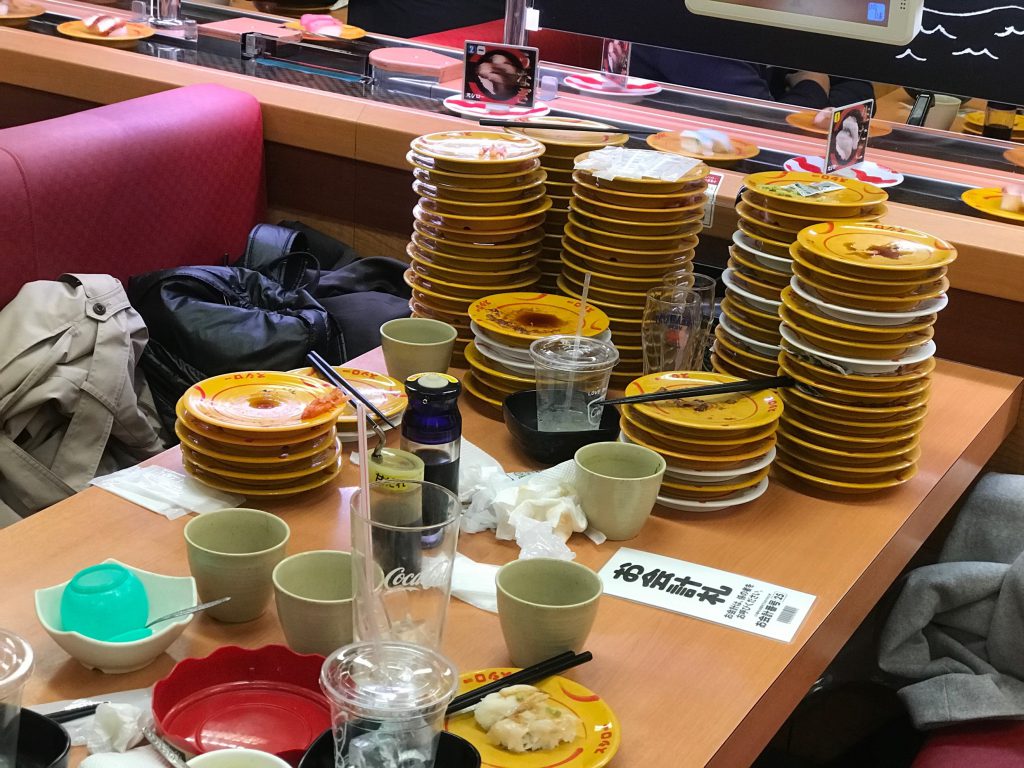 Moreover, As I have been traveling around Japan and trying a many KAITEN sushi restaurants. I found out that the taste of SHOUYU(Soy sauce) of each prefecture is a bit different! In Kagawa prefecture, SHOUYU is a little bit sweet than other place. I wish I could try more in other prefecture too and I will share with you later^^.

Nowadays, Sushi culture has been developed too! In the past, it was the combination of raw fish on the vinegar rice, but today, we can eat ham, grilled pork, chicken, avocado, and other many kinds of food on the vinegar rice too! My favorite dishes are shrimp avocado and tempura.

If you do not know what to eat in Japan, KAITEN SUSHI restaurant is a good choice to try! Please have fun and enjoy eating sushi!

HAJIMEMASHITE! My name is KUMA from Thailand :3 I came to Japan since 2012 and now I am working as a Salarybear in Tokyo. I love traveling, taking photos, Cooking, Eating, and etc. around Japan. I will use this chance to share what I know about Japan with you. Please have fun^^