As the temperature cools down and welcomes the autumn season, you’ll see beautiful displays of seasonal fruits at the supermarket. Don’t miss out as they’re only available for a limited time! Here’s a sample of what you may encounter.

Perhaps the most commonly known and loved autumn fruit, apples in Japan are harvested between the months of September and December. Over 2,000 varieties of apples are grown in Japan, although you’ll just see just 40 available at the supermarkets and stores. The most apple growing regions are Aomori, Nagano, and Iwate prefectures, which are located in the cooler mountainous regions. In fact, Aomori prefecture grows half of the apples grown domestically!

The most popular variety is Fuji ふじ, which was cultivated in the late 1930s in Aomori prefecture. The name is derived from Fujisaki, the town it was developed in and also Mt. Fuji, the tallest mountain in Japan (although not located in Aomori prefecture). It has a characteristic bright red color with a crispy texture and is sweet. It’s the best selling apple in the country; 55% of the apples grown domestically are Fuji apples.

Fuji apples are individually covered in paper bags to protect its vivid red color and against pests, but Fuji apples that are not covered are called San Fuji サンふじ, which have streaks of red and yellowish green on its skin. It’s also much sweeter than Fuji apples from the extra sun exposure. 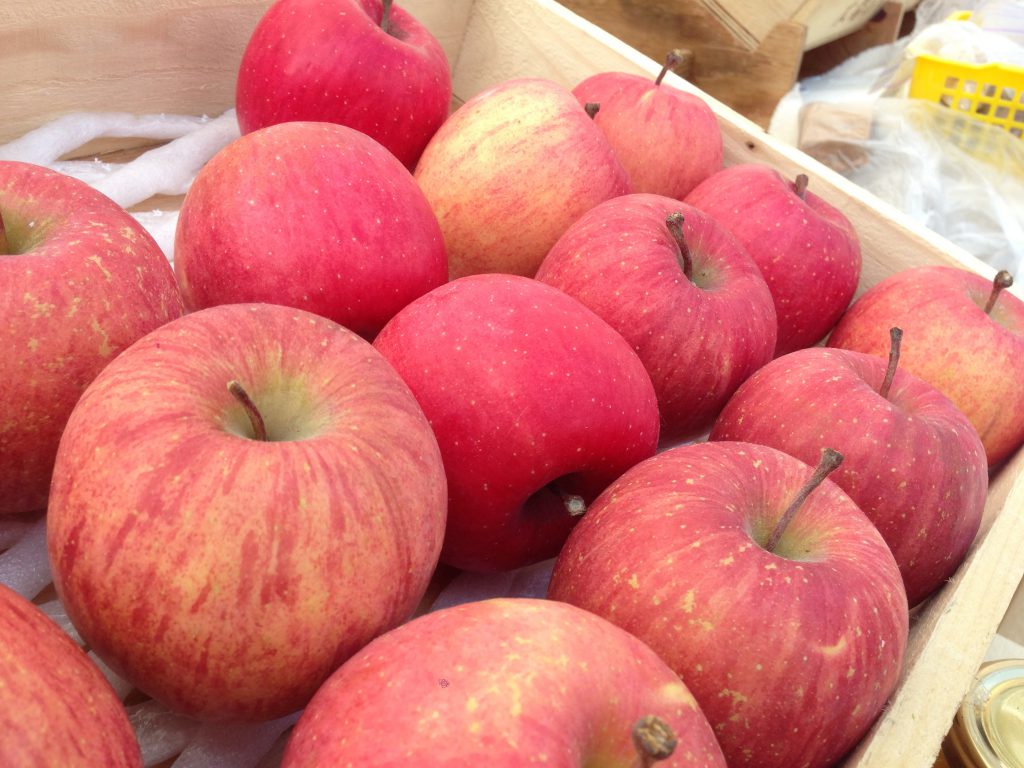 Persimmons were introduced to Japan from China in the 7th century and are grown across the country, except in the northern island of Hokkaido and southern islands of Okinawa, due to their extreme temperatures. The most popular persimmon growing prefectures are Wakayama, Fukuoka and Nara prefectures and are harvested between October and November.

The two commonly available varieties are the sweet and soft Fuyu 富有 and the sweet and crunchy Jiro 次郎. There are astringent persimmons called Shibugaki 渋柿, which need to be soaked in alcohol or hot water, or dried to remove the tannins to become edible. 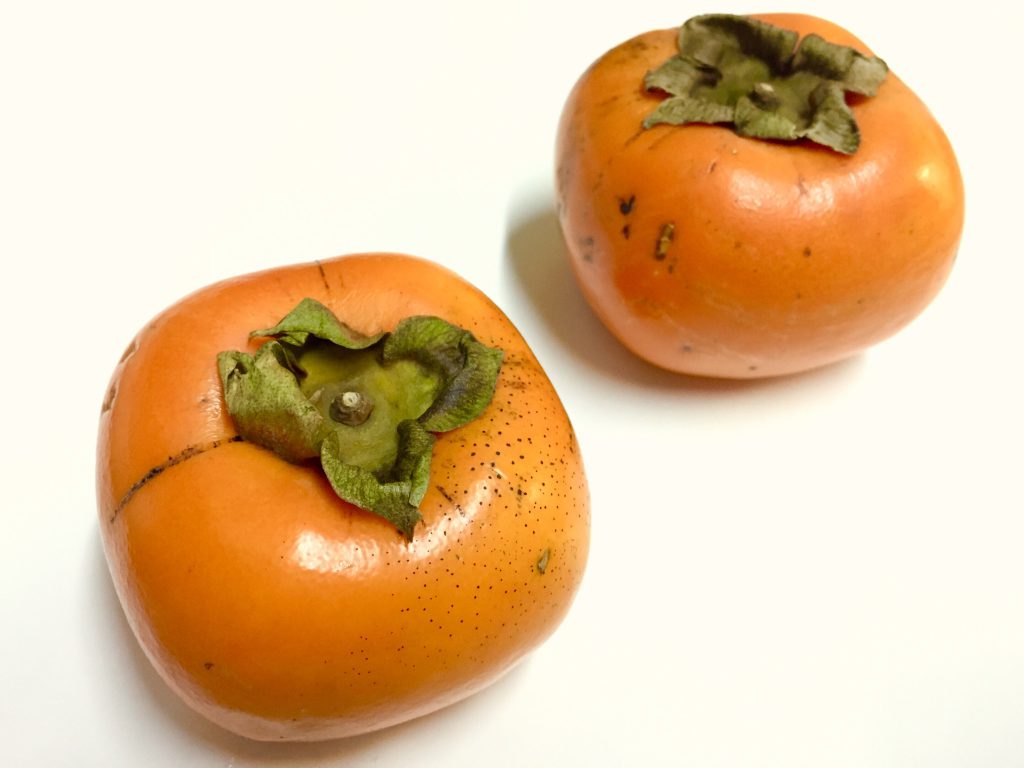 Native Japanese grapes called Yama budo ヤマブドウ (literally “mountain grapes”) have been grown and eaten throughout the centuries. But the popularity of grapes boomed when a new varietal of grapes imported from China in the 12th century called Koshu 甲州 were first grown in present day Koshu city of Yamanashi prefecture. The famous poet Matsuo Basho even wrote a haiku praising the grapes of Yamanashi prefecture.

Yamanashi still remains as the top fruit growing prefecture in Japan, growing over 24% of the grapes domestically, as well as many other summer and fall fruits. Other grape growing regions are Nagano, Yamagata, Okayama, Fukuoka and Hokkaido prefectures.

Grapes are harvested between the end of August to early October. The most cultivated variety is the big dark purple Kyoho 巨峰, followed by the small seedless Delaware デラウェア and another dark purple Pione ピオーネ. 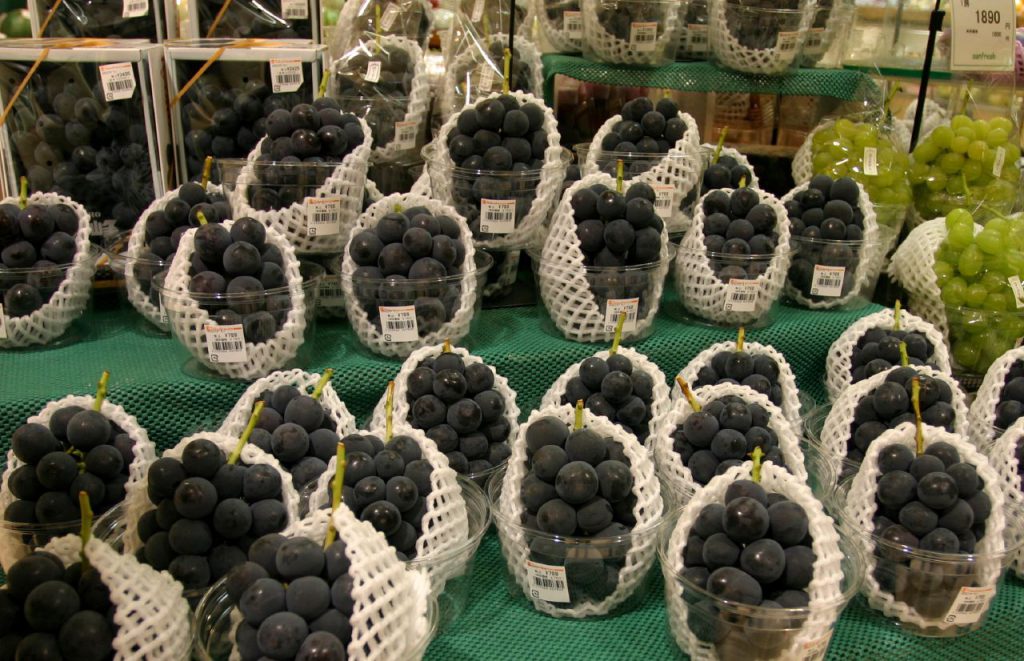 The Japanese word for pear ‘nashi’ 梨 specifically refers to Japanese pears, distinguished from Yo-nashi 洋梨 (literally “European pear”) and Chugoku-nashi 中国梨 (literally “Chinese pear”). Nashi seeds have been found in ruins dating from the Yayoi period (300 BC to 300 AD), showing that the Japanese have been eating nashi since then. Nashi cultivation dates back to the Edo period (1603-1867), where over 150 varieties were recorded.

Nashi are grown across the country except Okinawan and northern Hokkaido. The nashi growing prefectures are Chiba, Ibaraki, Tochigi, Fukushima, and Tottori prefectures. Chiba prefecture grows 13% of the nashi nationwide and has been growing it since the Edo period. 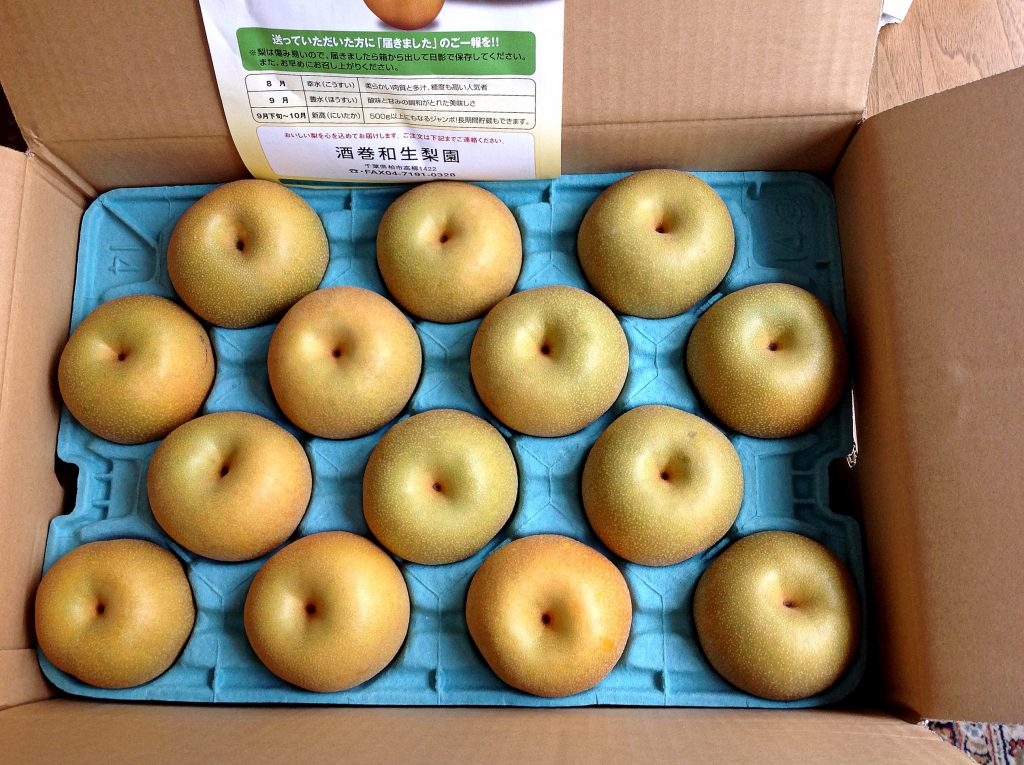 The teardrop shaped European pears called you-nashi (literally “European pears”) are also cultivated in Japan. Compared to the crunchy and crispy nashi with a balance of sweet and tart, you-nashi are buttery soft and sweet.

You-nashi cultivation is relatively new compared to other fall fruits, and was brought over in the Meiji era (1868-1912). The majority of you-nashi are grown in the cold climate of Yamagata prefecture as well as other prefectures in northern Japan.

La France ラ・フランス is the most renowned you-nashi, which was first discovered in France in 1864. Over 70% of you-nashi are of this variety and it’s harvested between early to mid October. Others include Bartlett バートレット and Le Lectier ル・レクチェ. 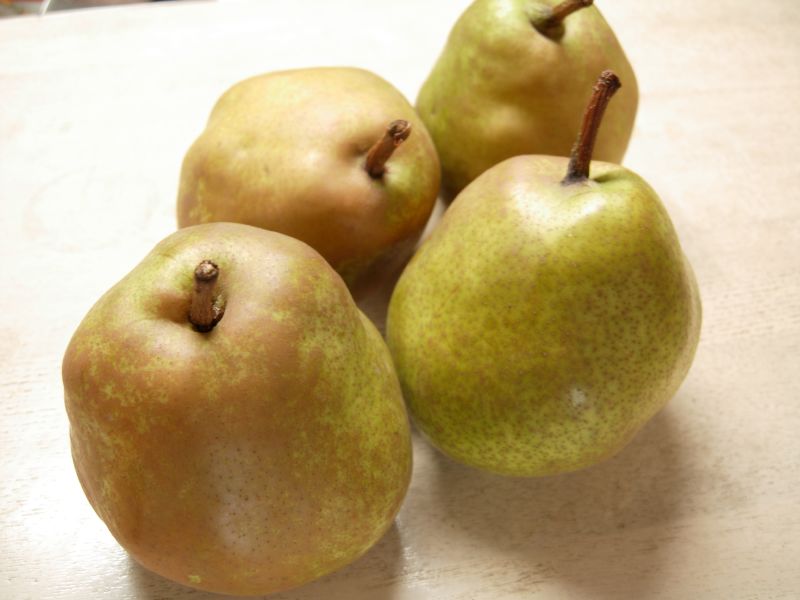