Knowing a few greetings in Japanese will win you points among your colleagues regardless of your Japanese language ability. There are formal and casual versions of the same greeting, which may take some practice. Some may not make much sense in English! But even if you blunder, your colleagues will no doubt notice the effort and may kindly guide you to the correct phrase.
Here are some phrases you can incorporate into your daily routine starting today! 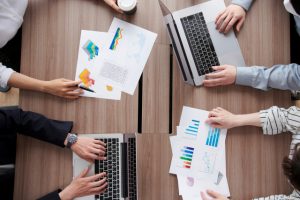 Start your morning with ohayo gozaimasu or the more casual ohayo おはよう. It’s the first greeting regardless of the hour, even if you clock in later in the day.

A formal version of “I understand,” which can be applied to your superiors, elder colleagues, or clients. Shōchi 承知 means “knowledge” or “awareness,” and shimashita しました is the polite form of the verb する “to do.” Wakarimashita わかりました is also another polite phrase for “I understand.”
The casual version is ryōkai shimashita 了解しました. Even though しました is in the polite form, 了解 is already the casual version and so is inappropriate to your superiors.

A step above 承知しました, this would also be used to address your superiors. It can also mean “my pleasure” or “alright.” 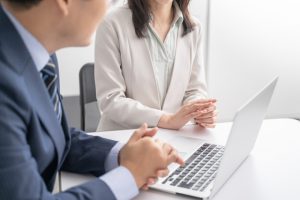 A phrase that makes little sense in English, osewa ni narimasu is commonly used at the beginning of a phone conversation, business meeting, or email to show appreciation to the receiver. You would say this to clients, business partners, or customers.
The more polite form is osewa ni natte orimasu お世話になっております.

A phrase that’s difficult to explain simply in English, yoroshiku onegaishimasu is a versatile phrase that can be used in many contexts. It has no real meaning in itself, but it’s a polite greeting used all over the place.
For example, you use it when you meet someone for the first time and exchange names. It’s also used when you ask a colleague for a favor or assistance. Lastly, it’s used to sign off emails.
The more formal version is yoroshiku onegai itashimasu よろしくお願い致します, and the casual version is yoroshiku よろしく. A phrase that roughly means “thank you for your hard work,” you would say this to colleagues, after business meetings, when clocking out of the office, or at the end of a company meal. It’s often used as a farewell greeting and can also be used outside the workplace. The literal phrase is a combination of the honorific prefix O 御 and the verb tsukareru 疲れる “to get tired.”
For example, you may say “otsukaresama desu” as a greeting to a colleague in an email or chat or passing by each other in the office. It serves as a cushion before delving into business matters.
There is no discernable difference between otsukaresama desu (present tense) and otsukaresama deshita (past tense). For the casual version, just say otsukaresama お疲れ様.
Gokurou sama deshita ご苦労様でした is a phrase similar to otsukaresama deshita, except this is used by superiors to their subordinates. You would never say this to your boss or colleagues, for example.

When leaving the office after a day of work, you would say this to your colleague and anyone you may pass by. It’s a simple acknowledgment that you are clocking out while the rest of your colleagues are still working. Osaki ni お先に means “ahead,” and shitsurei shimasu 失礼します is “excuse me.”
In return, you will most likely receive an お疲れ様でした.