The Japanese eat a lot of mushrooms (きのこ・茸). Interestingly, they’re associated with the fall season, despite many varieties grown in greenhouses year-round. Mushrooms are excellent in fiber, antioxidants, and nutrients, rich in umami, and cheap. They’re also versatile in Japanese, Asian, and non-Asian cuisines, which is why you should incorporate them into your diet!
Find Japanese mushrooms at your local supermarket and grocery stores. 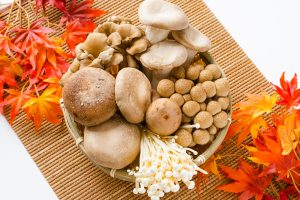 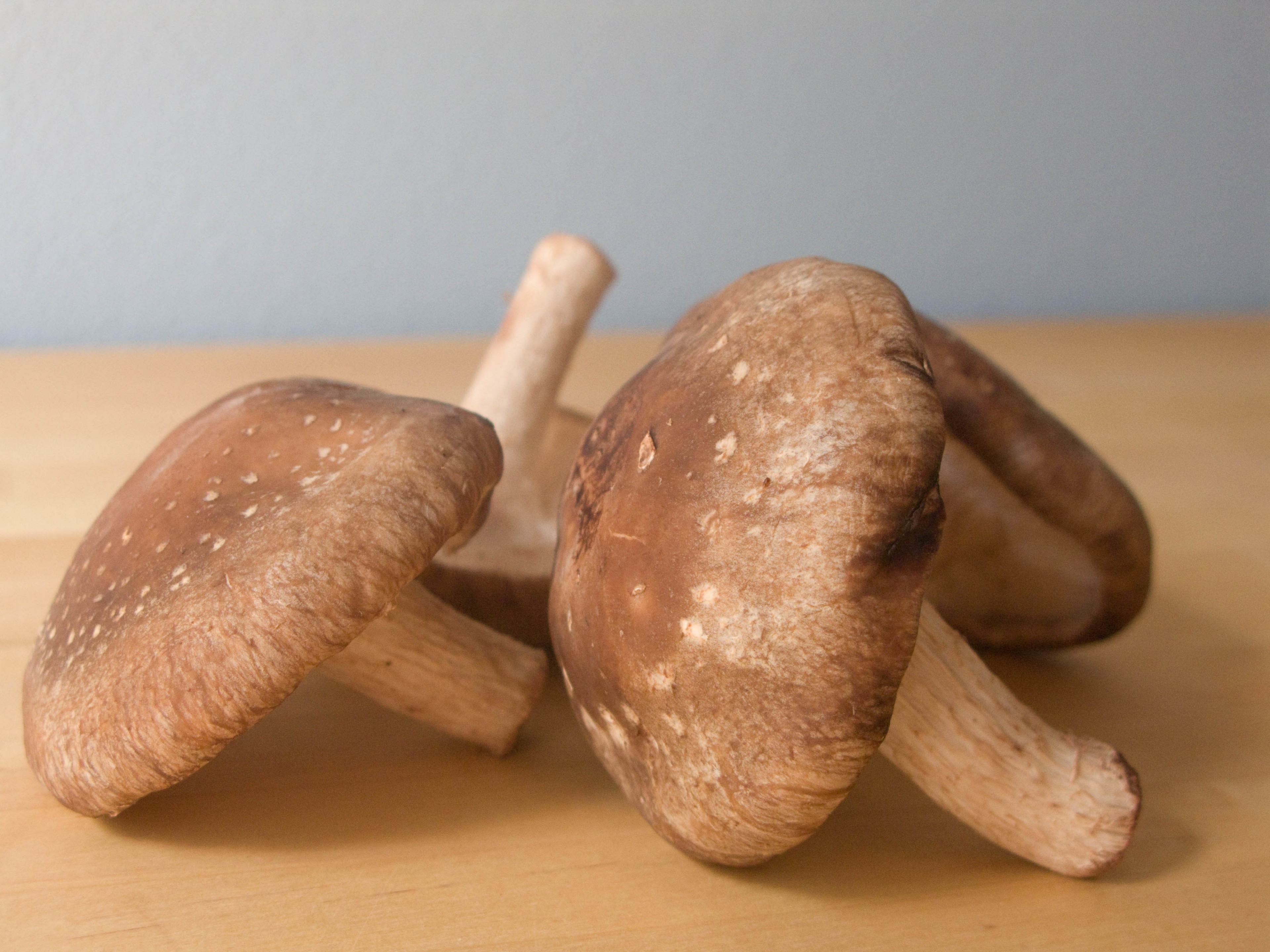 Shiitake (“hardwood tree mushrooms”) is known for its firm and meaty texture. It has brown caps and white stems. It’s versatile and can be fried, stir-fried, simmered, or grilled.
Dried shiitake (干し椎茸) has even more concentrated umami. You can add it to soups and hot pots and use the soaking liquid as dashi (出汁), Japanese soup stock.

You will recognize maitake (“dancing mushroom”) for its frilly caps. It can be brown or white and has a less rubbery texture than shiitake.

Shimeji, or beech mushrooms, have brown caps and white stems that look like beech trees. They’re sold in bunches or separated.

Enoki is sold in bunches attached to a root base, resembling thin noodles with tiny caps. It can be brown or cream colored.

Dried wood ear mushrooms (“tree ears”) are black or white mushrooms that resemble floppy ears. It has a crunchy texture and is also used in traditional medicine.

Matsutake (“pine mushrooms” is the king of mushrooms. Unlike the others, matsutake is cultivated in the wild and is available between fall and winter. It has an intense, unique aroma and flavor and is used to season and flavor Japanese autumn dishes, such as soups, rice, steamed foods, and savory egg custard.
It’s also the most expensive mushroom. While you may see imported matsutake from the U.S., Canada, and China, Japanese matsutake is the most prized and expensive.