Like many countries across Asia, rice is the staple crop for the Japanese. However, they equally love all things noodles. Men (麺) or the more broad category of Men-rui (麺類) is perhaps soul food, eaten hot or cold, in soups or with a side of dipping sauce throughout the year. There are regional noodles, which are only found in that certain region, although in this post we’ll focus on noodles eaten across Japan.

Ready to learn more about Japanese noodles? Let’s dig in!

Udon are thick wheat based noodles made of wheat flour, salt and water. There are contested theories as to its origins, but the udon noodles eaten today were most likely eaten around the early Edo period (1603-1867).

Udon can be sold dried, frozen or fresh. It can be eaten hot or cold, in soup or separately served with a dipping sauce. It can be topped with tempura, poached egg, curry, wakame seaweed, or plain with just dashi (Japanese soup stock). You can also stir fry udon like yakisoba for yaki udon (焼うどん). Udon is a quick homey food, although there are noodle shops that make udon in house. Fresh noodles are sublime, and if you have the chance, you can make udon at home!

There are regional udon, where the thickness and preparation differ. Famous regional udon include Sanuki udon (讃岐うどん)  from Kagawa prefecture, Inaniwa udon (稲庭うどん) from Akita prefecture, and Kishimen (きしめん) from Aichi prefecture. 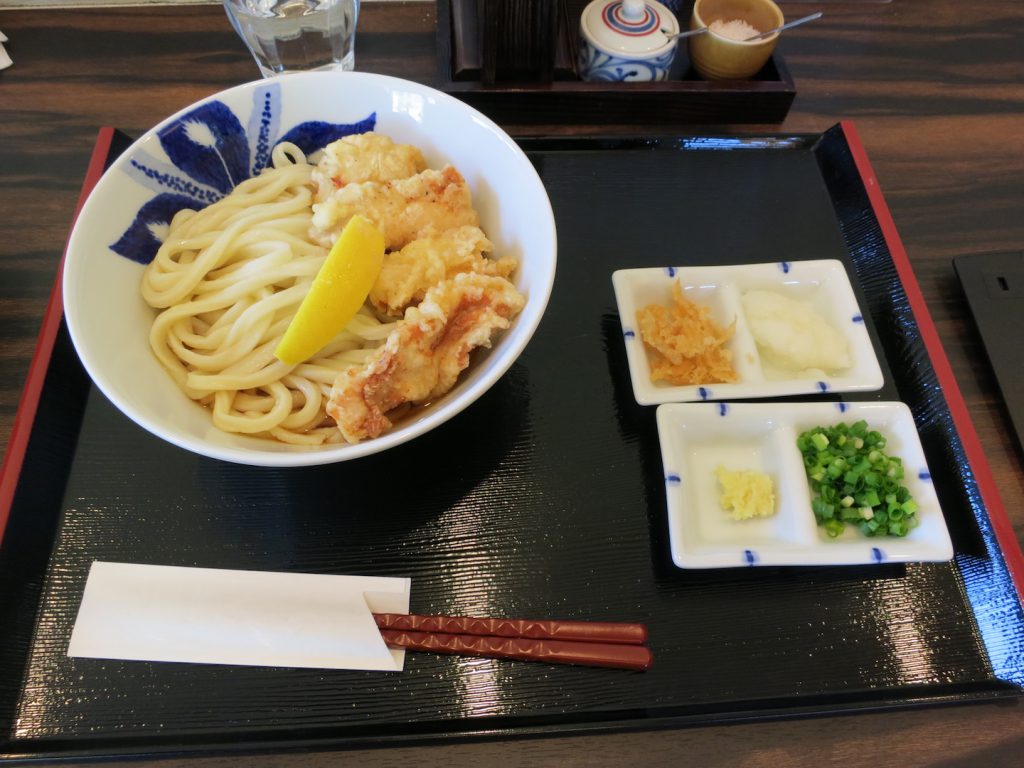 Somen are thin wheat noodles made by stretching out the dough with oil and air dried. Somen is sold dried and only needs 1-2 minutes of cooking time as the noodles are super thin, just 1.3mm in diameter. The color of the noodles is white, but there are colored somen, which is more for aesthetics than for flavor.

Somen are usually associated with the summer, where it’s eaten with dipping sauce called tsuyu (つゆ), a sweet-savory soy sauce and dashi sauce. But it can also be eaten in hot soup during the cold season, which is called nyumen (煮麺). 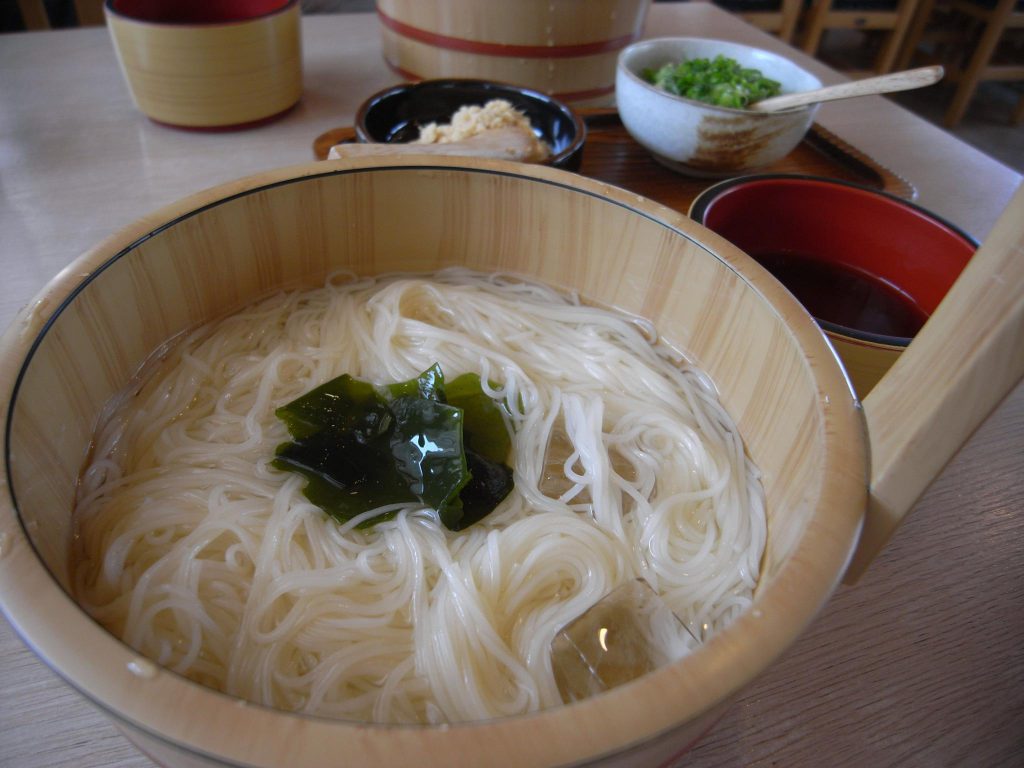 Ramen are wheat noodles with salt, water and kansui (alkaline water), which gives its distinct yellowish hue. Ramen noodles can be sold dried or fresh, and the noodles can be thick or thin, straight or wavy.

Ramen is an adaptation of the Chinese lamian. Although unclear, it may have been introduced to the Japanese in the late 19th or early 20th century by Chinese immigrants. Its popularity took off in the post-war era, thanks to the flood of cheap imported wheat from the U.S. Ramen was an affordable meal when rice was scarce and remains a popular soul food today.

There are many different types of ramen broths and different styles according to region, but that is its own post! (stay tuned!) 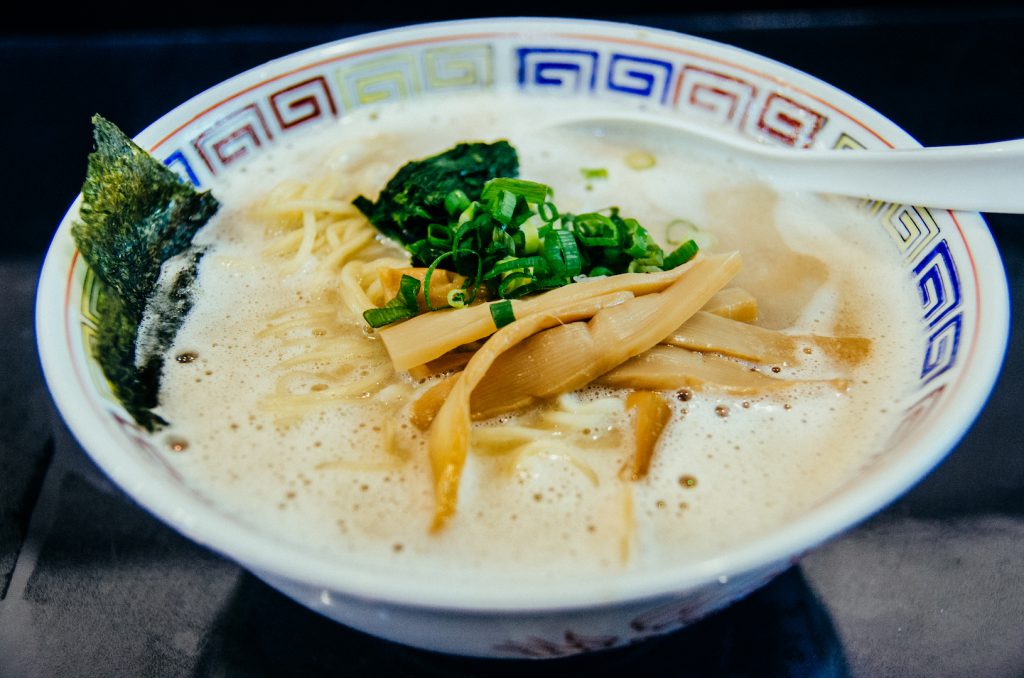 Yakisoba are basically ramen noodles, but the noodles are thicker and sturdier to withstand stir frying. The noodles are sold fresh, where the noodles are steam cooked, then coated in oil to easily break up the strands when stir frying. Oftentimes, yakisoba is sold with the sauce, which is usually a thick brown sauce made of Japanese Worcestershire sauce.

Yakisoba is home food, where you won’t find it at noodle shops and restaurants, but may see them at food stalls at festivals. It’s stir fried with vegetables and meat such as cabbage, onion, carrot, bean sprouts, and pork. A side of bright red beni-shoga (紅生姜, pickled ginger) and copious shakes of aonori (青海苔, dried seaweed flakes) is a must! 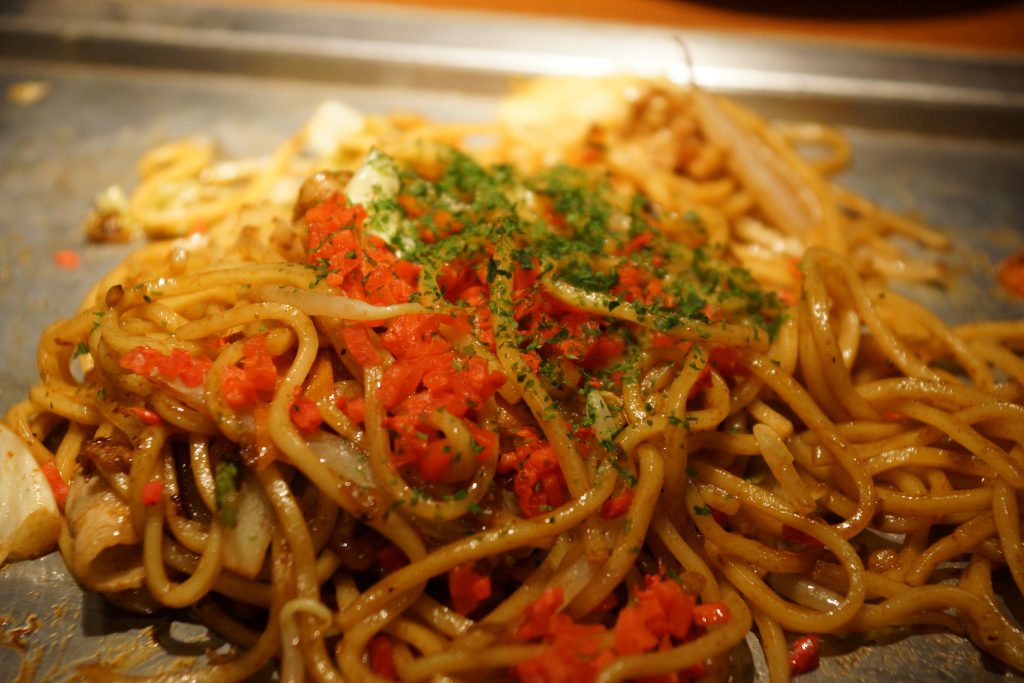 Soba are buckwheat noodles made with 100% buckwheat flour or a mix of buckwheat and wheat flour. Confusingly, depending on the context the word “soba” can also refer to non-buckwheat wheat noodles such as Okinawa soba (沖縄そば, noodles eaten in the southern Okinawan islands) and Chuka soba (中華そば, the old name for ramen noodles).

Soba noodles are sold dried, fresh, or frozen. Making soba noodles actually requires many years of training and mastery as buckwheat dough is notoriously crumbly, unlike wheat dough. While soba can be eaten at home, it’s best to eat soba noodles at a soba shop as the difference between fresh and machine produced noodles is huge!

While soba can be found across Japan, Nagano prefecture is particularly famous for its soba. Called Shinshu soba (信州そば), soba was a staple crop in Nagano prefecture as the mountainous terrain was not suitable for rice growing and well suited for buckwheat production. 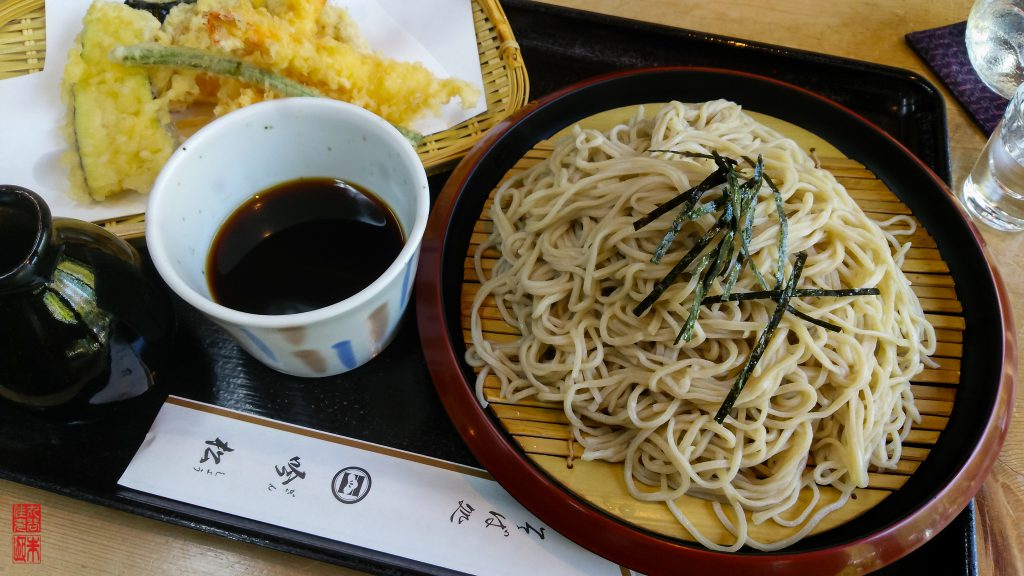