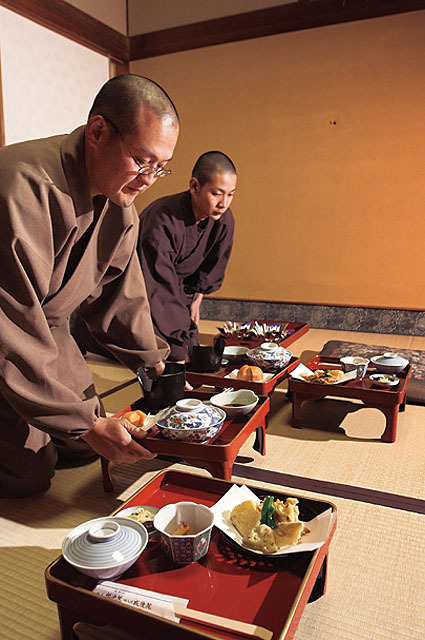 The concept of Shojin Ryōri arrived in Japan in the 13th century when Buddhism was introduced to the country. This way of cooking is based on the fundamental principle of Buddhism that prohibits killing a living being. That means, of course, that they don’t eat any meat or fish, but neither onions or garlic because those are bulbs and by eating them, in a way, you are killing the plant. Shojin Ryōri is therefore totally vegetarian and often even a vegan diet since some people do not consume eggs either.

The Shoji Ryōri is a very harmonious cuisine and eco-friendly. It uses local and seasonal ingredients (often grown by the monks themselves) to avoid transporting food from far locations and reduce the environmental impact footprint. For the same reason, it also avoids complicated meals that require many appliances or packaged processed food. To avoid wasting food, there are some recipes of this cuisine -usually broths- that use the skin of carrots, the leaves of radishes, etc.

Buddhism prescribes an austere but nutritious diet combined with physical exercise to keep the body healthy and promote spiritual work. In a way, Shojin Ryōri is the “translation” of the idea of “mens sana in corpore sano”. 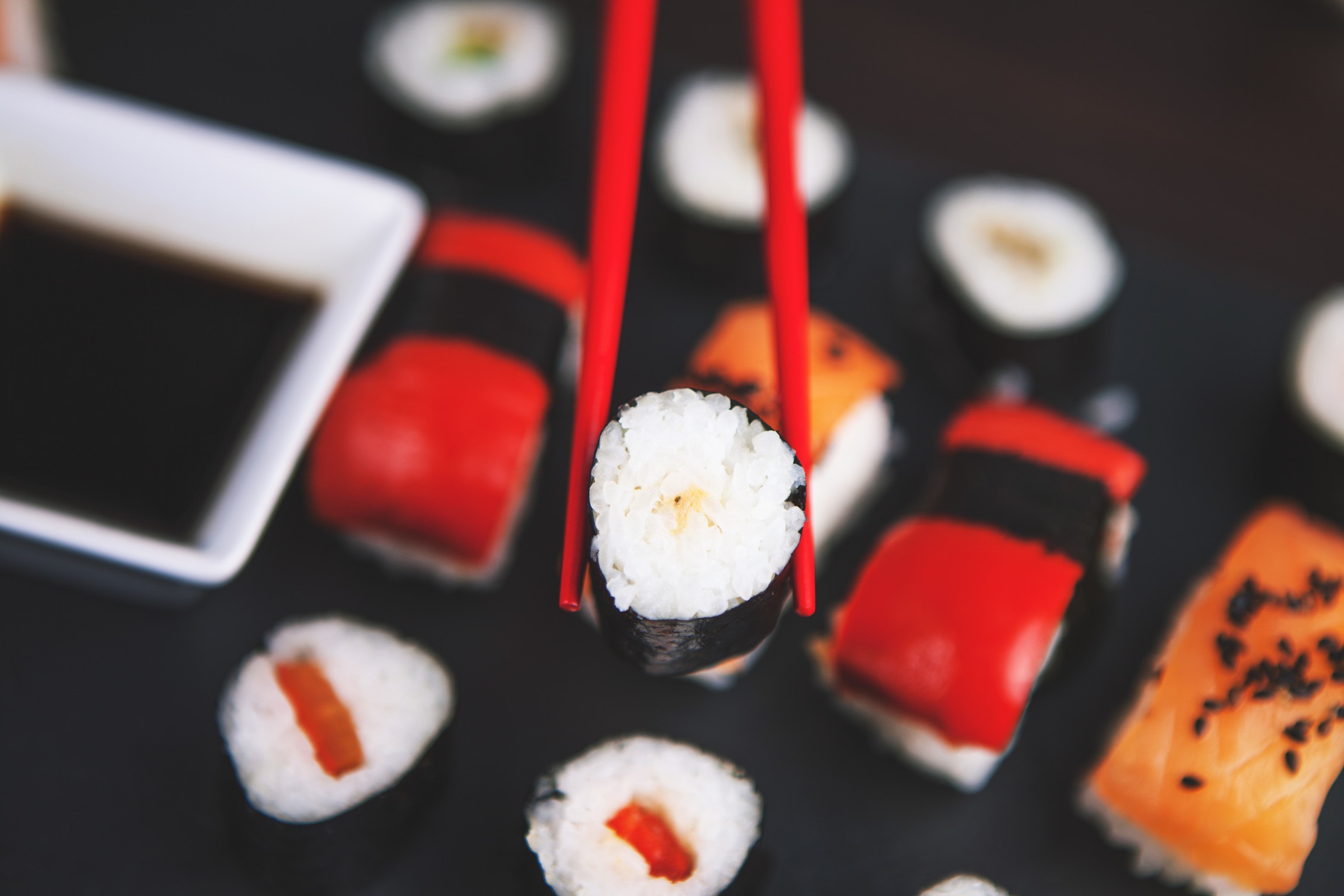 However, these restrictions in the Buddhist diet do not prevent it from being beautiful or varied in ingredients and flavors. The same as the kaiseki food, it is also based on the harmony between tastes, textures and the appearance of food. Shojin Ryōri generally seeks to balance the following aspects of each meal: color, flavor, method of elaboration and the elements – the theory of the five elements – fire, earth, water wood, and metal. Also, they serve the meal in a round bowl that inspires the cosmic representation of the world on their own plate.

Although the practices and interpretations may differ according to sect, Shojin Ryōri generally seeks to balance the following aspects of each meal: the five elements theory.

As a conclusion, we can say that to prepare a simple, seasonal and nutritious meal is the healthiest option for our bodies and for the planet. Simple food is easy to digest and making meals from scratch can be therapeutic and rewarding.

My name is Irene Comas Chércoles and I am from Mallorca, Spain. I like to define myself as an adventurous girl not afraid of borders. I studied Asian and African Studies with a specialization in Japan. Thanks to a scholarship for students granted by the Japanese government, I was living and studying a year in Kagoshima in 2014. In the future, I would like to work in building stronger relations between Spain and Japan, and that’s why I was working at Japan Foundation Madrid for almost two years, trying to bring closer the Japanese language and culture to the Spanish people. I also worked sporadically for the Japan National Tourism Office in Madrid to make known Japan as a tourist destination and especially to promote other tourist resorts different from the overexploited cities of Tokyo and Kyoto. After these experiences I decided to focus my career in something related to tourism in Japan (tourism revitalization and sustainable tourism) and relations between the Japanese and Spanish people; trying to bring these two countries closer thanks to the mutual knowledge of their respective people and cultures.