As Japan enters the sweltering and humid summer months, why not cool down with something sweet? There are many different varieties of Wagashi 和菓子 (traditional Japanese confectionery) that are only available during this time of year. Some are chilled to serve, others have seasonal motifs that will tickle and delight your senses. Make sure to accompany the dessert with your favorite type of tea!

Kingyokukan (錦玉羹, its name in the Kanto area) or Kohakukan (琥珀羹, its name in the Kansai area) is a wagashi made of boiling kanten (寒天, a vegan gelatin substitute made of red algae) and sugar, then letting the mixture cool to harden. It can feature summer motifs such as goldfish (reminiscent of Japanese summer festivals), fireworks (a popular summer pastime), the ocean waters, or the milky way (referring to Tanabata/Star Festival 七夕, celebrated on July 7th). As a block of Kingyokukan is quite small, a great level of mastery in wagashi making is required to make these elaborate designs. 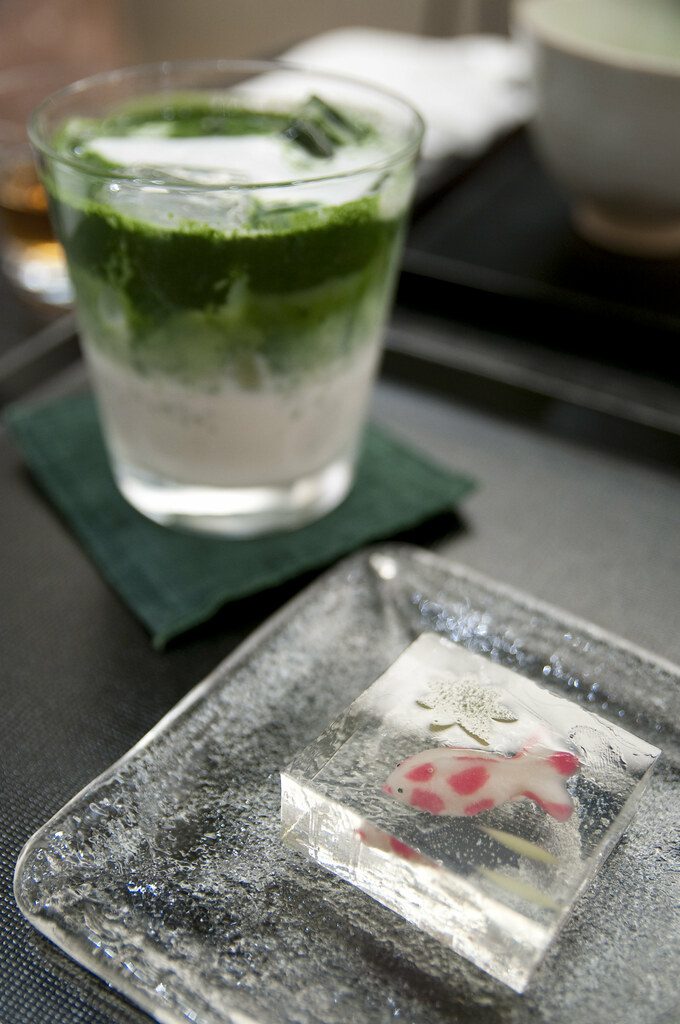 Mizu Yokan (水羊羹) is made of azuki red beans (小豆), sugar and kanten. While normal yokan is a dense block and available year round, its summer counterpart mizu yokan is very wobbly and light in texture due to its high water content (“mizu” 水 means water in Japanese). It can be served chilled or at room temperature and comes in various forms such as blocks, tubes, wrapped in bamboo leaves, and individual cups. The texture can be smooth or coarse, depending on whether the red bean paste is strained or not and can also have chestnut cubes or be colored green from matcha green tea powder (抹茶). 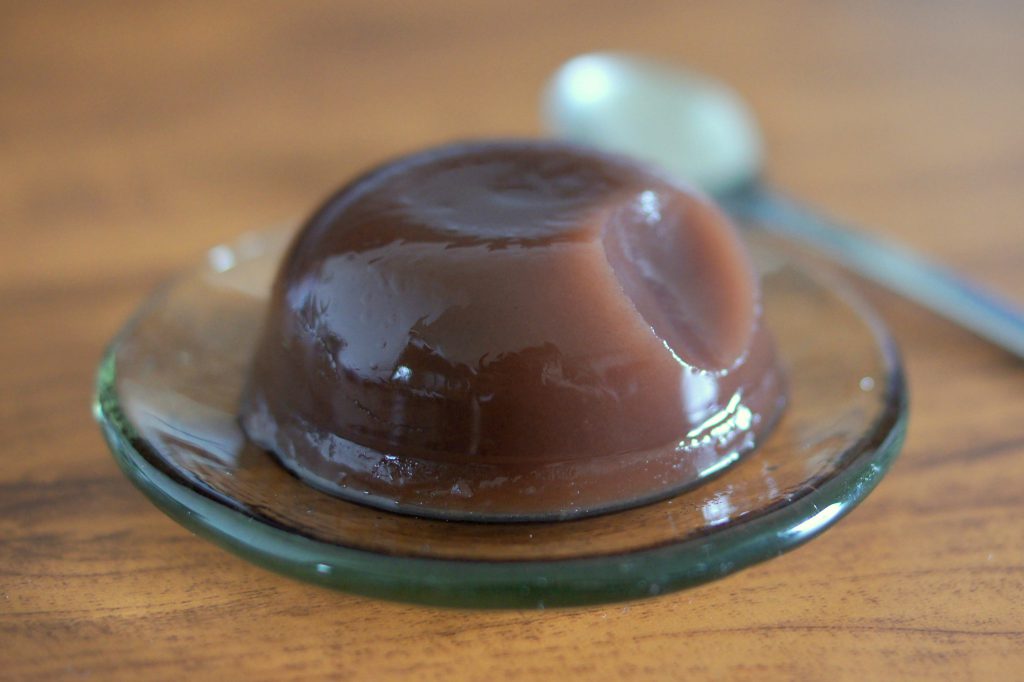 Manju is a classic wagashi that consists of a soft wheat dough filled with red paste and steamed. While manju is available year round, mizu manju (水まんじゅう) is the summer version, where the wheat dough is replaced by kudzu arrowroot (葛), a thickening agent similar to cornstarch or potato starch flour. These cakes have a translucent skin, which you can see the red bean paste inside. It can also be called kudzu manju (葛まんじゅう). 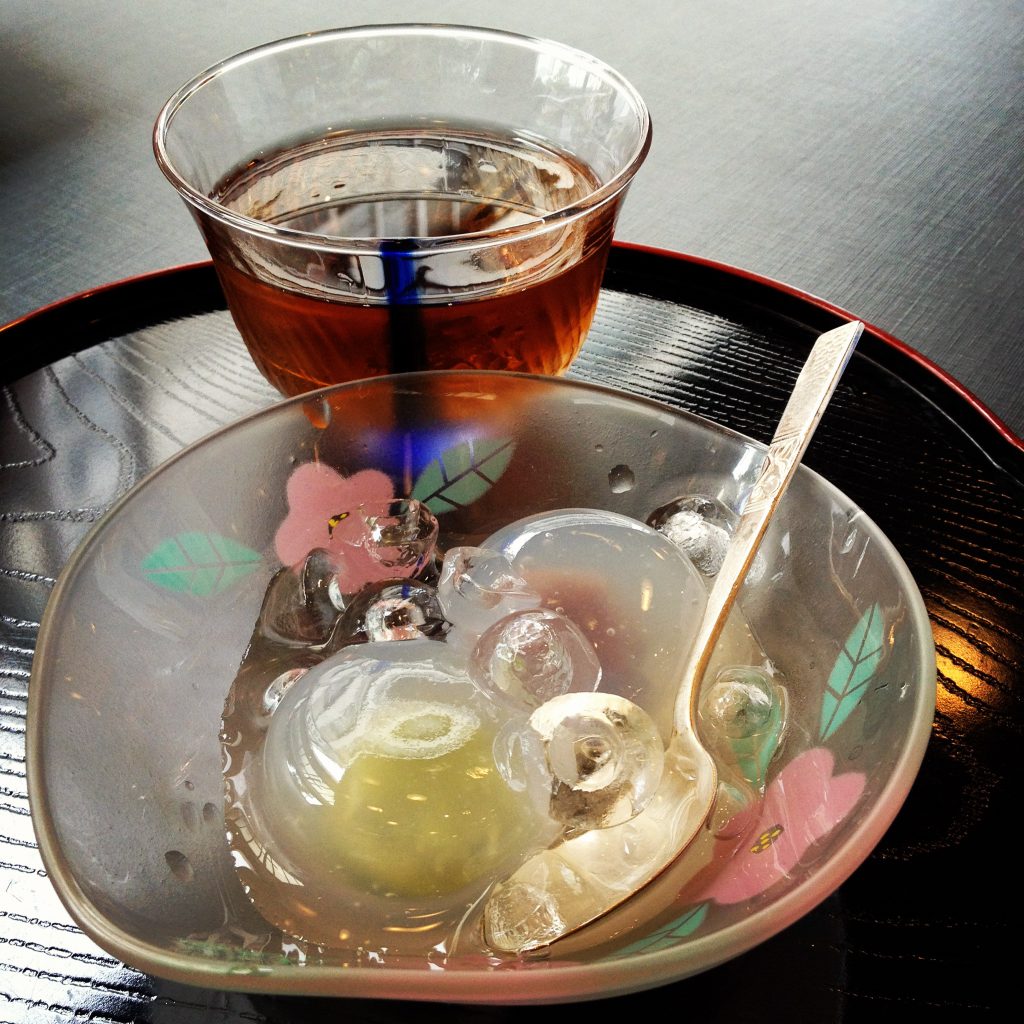 Nerimono (練り物) or Nerikiri (練り切り) refer to a type of wagashi made with sweet bean paste, which is shaped into intricate designs. While nerimono is available year round, it often reflects a particular season. So a summer nerimono may be shaped like a sunflower, morning glory, peach, or watermelon or portray a summery motif like the night sky, green leaves, or ocean waves. 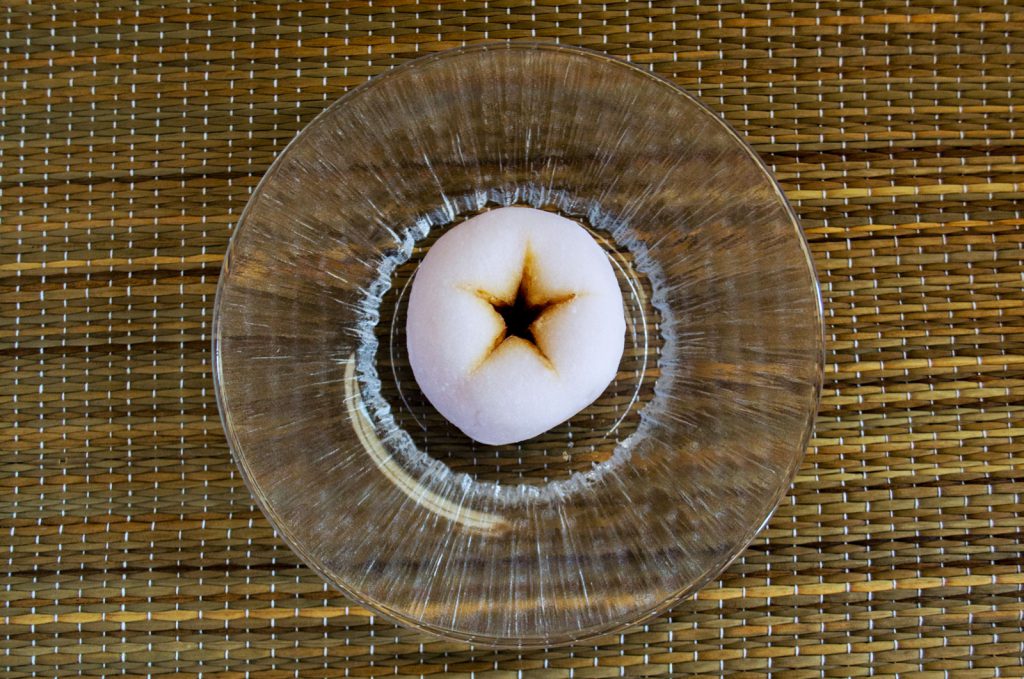 Japanese shaved ice called Kakigori (かき氷) are a popular summer festival treat characterised with neon colored syrup, but in recent years the shaved ice trend has grown to elaborate enterprises. Kakigori shops have popped up across Japan, offering seasonal and regional flavors, where hungry diners travel great distances for an icy bowl to cool down. 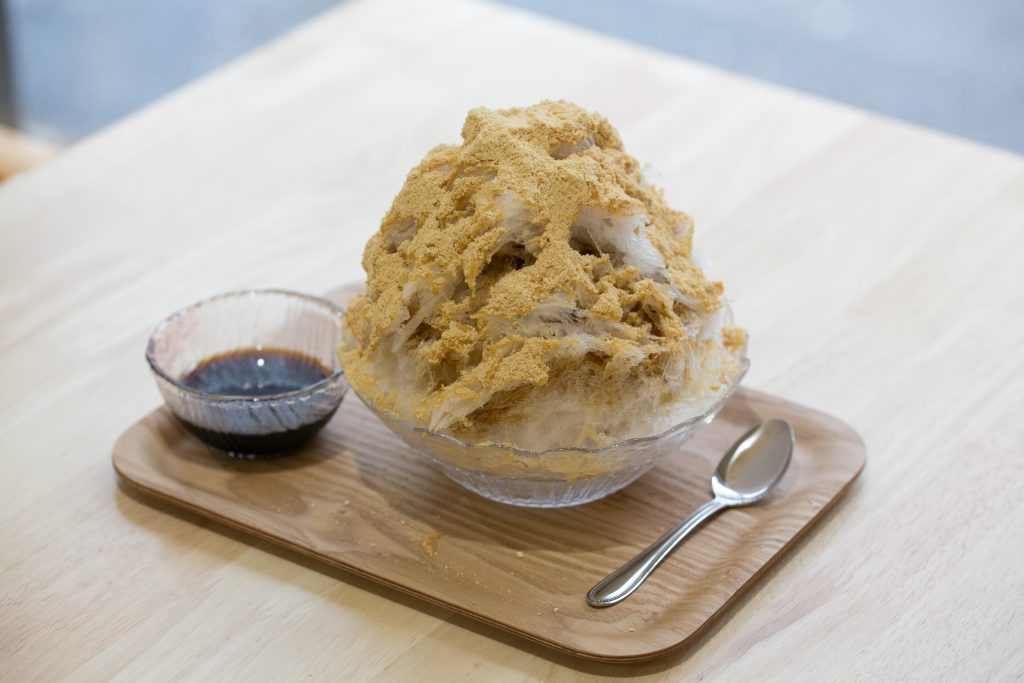 What’s your favorite way of cooling down during the summer?