Kushi-age, also known as Kushikatsu, is the tastiest treat in Osaka! These bite-sized chunks of deep-fried battered meats and vegetables are delightful and make a perfect accompaniment to a round of drinks with friends. Originating in the Shinsekai region of Osaka, they have become popular all over Japan, and each region has its own unique twist to the dish. However, Osaka continues to be at the top of the list, as far as great places to eat Kushi-age goes. 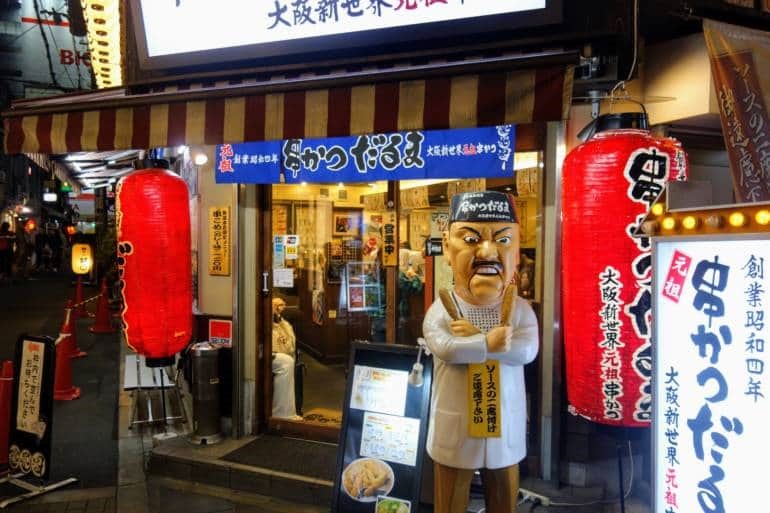 Different Kushiage variants are available such as shrimp, beef, chicken, pork, oysters, chilly, lotus stem and many more. I tried it at Daruma Kushikatsu (Namba branch). My favourite ones have to be oyster and chilly. They are usually served on a platter depending on if you order a la carte or in a set. The thing which really caught my fancy was how the sauce was served. The sauce which is a combination of soya sauce and some spices which make it a tasty mix of flavours to combine with the Kushiage. Every table has a big container of sauce kept for customers. The sauce container is not replaced, and every subsequent customer uses the same sauce – and that is why there are rules to use the sauce! 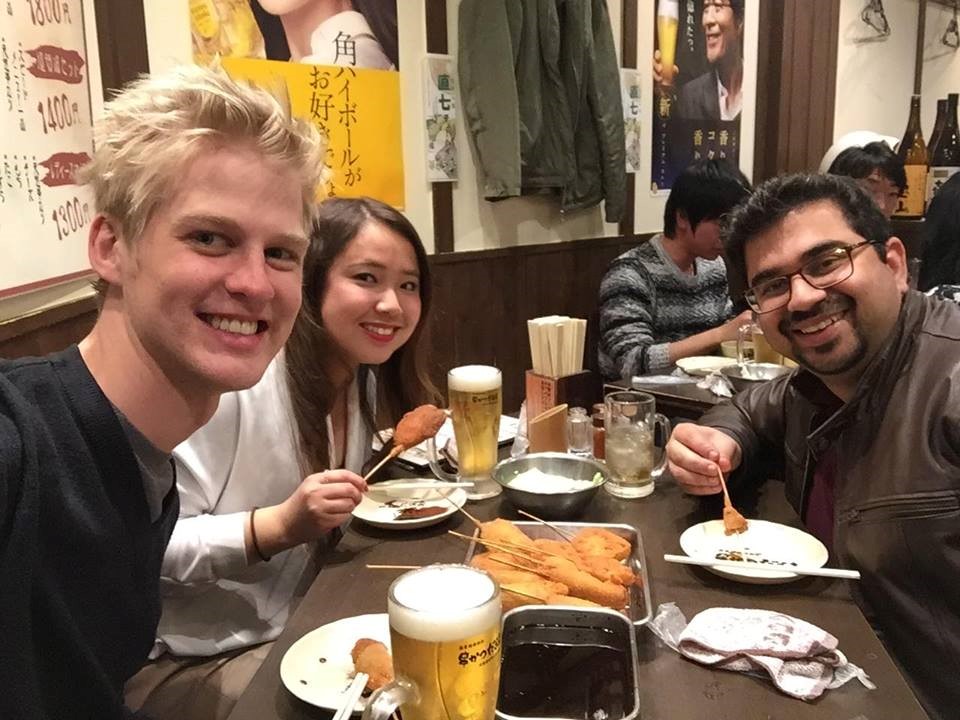 You can only dip the Kushiage once in the sauce! You can not take a bite and dip it in the sauce again, as then it makes the sauce unsuitable for others – since the sauce then becomes ‘eaten’ and hence ‘used’. So, you have to carefully dip your Kushiage ‘enough’ so that you get the right amount of sauce for the entire bite. To solve the problem of getting less sauce, they serve big pieces of raw cabbage on the table. Everyone uses the cabbage as a spoon to take some sauce from the sauce container to your plate. The sauce on the plate can then be used again and again to flavor your Kushiage! Sounds complicated right? But it’s not. But the sauce usage is sacrosanct and the waiters will first educate you about how to use the sauce before even taking your order. 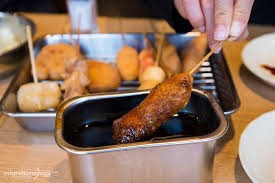 Kushiage is usually combined with drinks such as beer, soda or plum wine. I ordered Umeshu (Plum wine) with soda (sodawari style), this way the overpowering sweetness of the plum wine is balanced by the sparkling and refreshing soda.

Kushiage is a must have if you are visiting Osaka. It is so Osaka and for me so Japanese!