June is plum season. This time between the end of spring and just before the typhoon season is when Japanese plums called ume (梅) flood the markets.

Ume originates from China. The color is lime green when unripe and peachy-beige color when ripened. You will start seeing them at the supermarket and grocery stores from late spring to early summer.

Ume are important for the Japanese, not only for its culinary uses, but also for its flowers. The pink ume blossom signifies the end of the cold wintery months and the start of spring. As mentioned in a previous post on Hanami (cherry blossom viewing), the tradition of viewing flowers first began with ume flowers when it was introduced from China.

As for the fruit, ume are tart, astringent, and definitely not for snacking raw. They are used to make a variety of things such as umeboshi (梅干し, pickled plums), umeshu (梅酒, plum liqueur), ume syrup (梅シロップ), ume miso (梅味噌) and more. Ume have a short season but their uses are infinite and can be enjoyed throughout the year. In anticipation, some Japanese people roll up their sleeves to partake in ume shigoto (梅仕事, literally “plum work”) at this time of year. 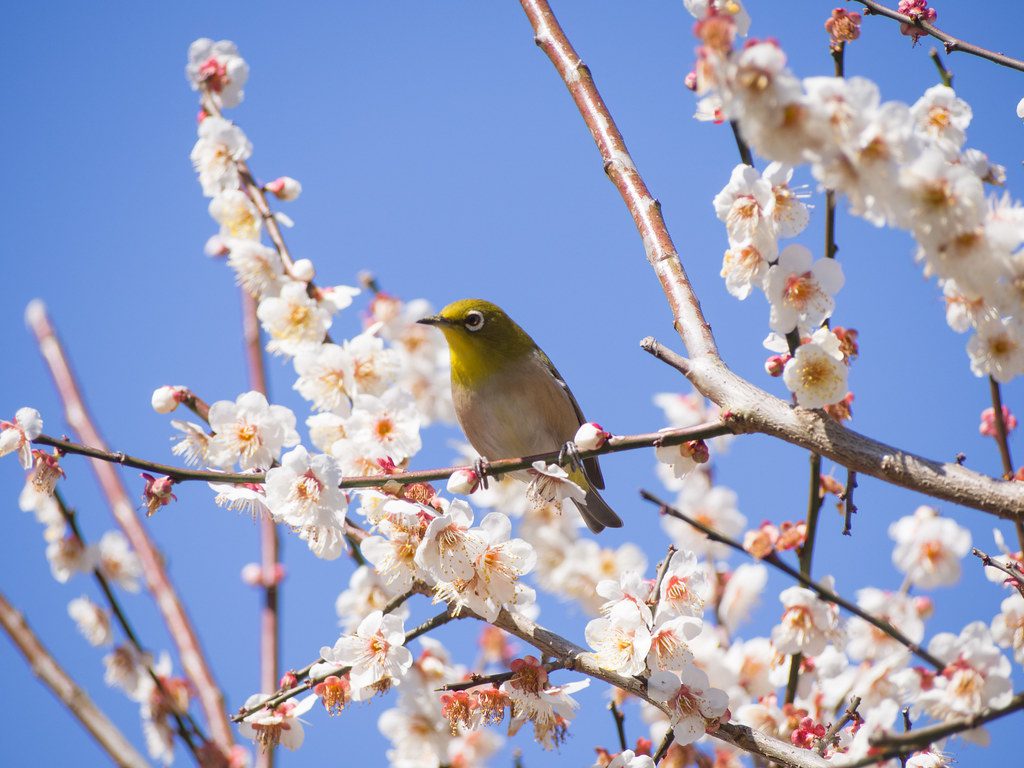 How are ume enjoyed by the Japanese?

The most common ways the Japanese use ume is for umeboshi, umeshu, and ume syrup. While most Japanese people buy ume products for the convenience, it can also be made at home!

Umeboshi are salted pickled ume. They range from pea sized to golf balls, smooth to very wrinkled and the flavor can be tart or sweet. Umeboshi has been eaten by the Japanese for centuries and has many beneficial properties such as aiding digestion and combatting fatigue. In fact, some people call umeboshi a superfood!

The Japanese eat umeboshi by eating it with rice, as a filling for an onigiri (おにぎり, rice balls), stirred into an okayu (お粥, rice porridge ) or even add to pasta dishes or salad dressing! It can be mouth-puckeringly sour eaten on its own, so it may be challenging for beginners. There are sweet umeboshi, which may be an easier entry point. 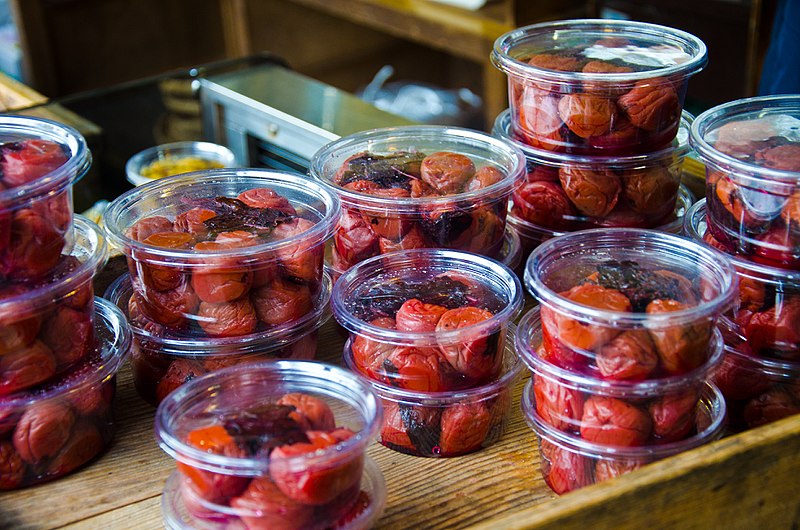 Ume syrup is a sweet syrup made with ume and rock sugar. It is usually enjoyed as a refreshing beverage by diluting it with chilled water or soda water. It can also be poured over shaved ice, used in baked goods, or even in homemade salad dressing. As it contains no alcohol unlike umeshu, it’s suitable for all ages.

Ume syrup is easy to make, and requires 2 ingredients. Unlike umeshu, which needs at least half a year, ume syrup just needs 2 weeks. 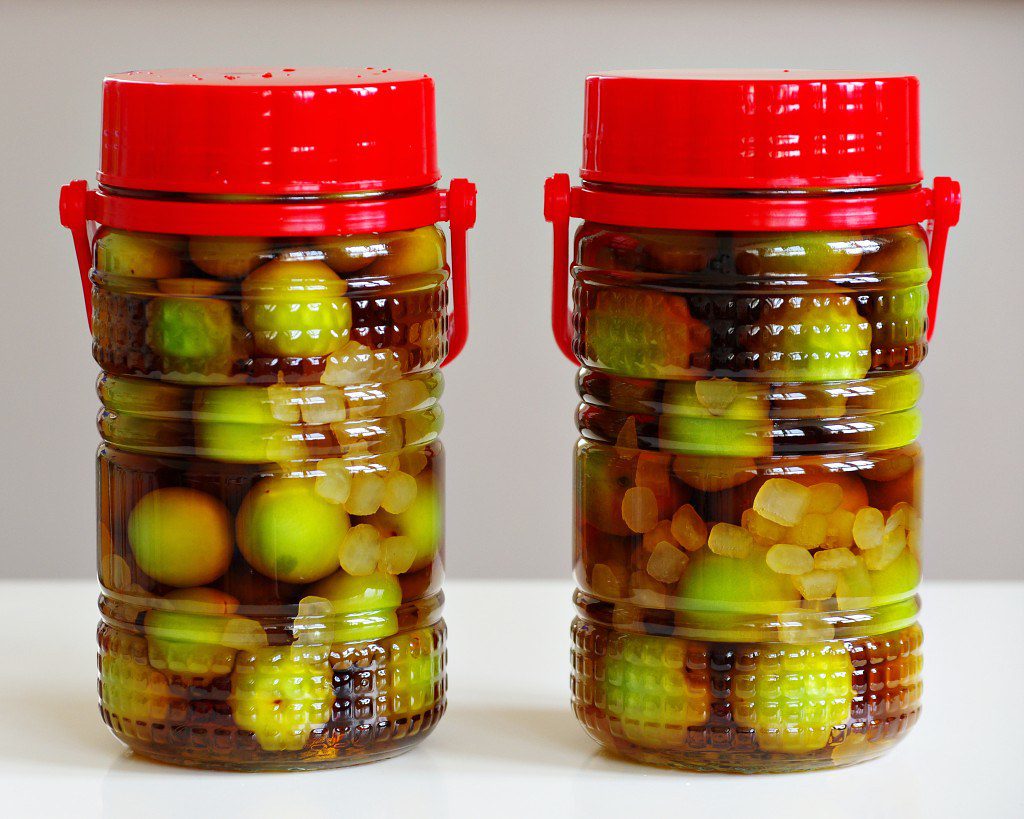 Umeshu is a liqueur made by steeping ume in liquor and sugar. The liquor is traditionally shochu (焼酎, Japanese distilled alcohol), although other high proof liquor such as brandy, vodka, whiskey or rum also works.

You can drink umeshu on its own, or dilute it with soda water, tonic, water, or green tea. It can be served chilled, room temperature or hot.

While you can easily buy a bottle of umeshu or an umeshu cocktail in a can at any supermarket or convenience store, it’s very easy to make at home! All you need are 3 ingredients and a lot of patience.

How to make umeshu:
Ingredients: ume (as needed), rock sugar (0.5-1x the amount of ume), liquor (enough to completely submerge the ume), large glass jar (1 liter or more is best)