What do you want to eat in Japan?

Sushi, Tempura, Ramen, Sukiyaki…. They are the most loved and renowned Japanese dishes. However, actually Muslims cannot eat all of them because of their religious laws. Soy source (it contains alcohol.), Mirin (it is a type of rice wine similar to sake but with lower alcohol content and higher sugar content), and Sake are Japanese traditional and essential seasoning. Almost all of the Japanese dishes use at least one of them. Therefore Muslims who visit Japan have had difficulty finding halal foods in Japan for decades. 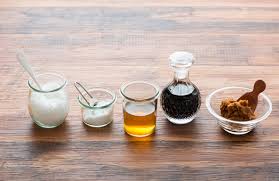 However, this state is changing little by little these days.

Affected by the increase of tourists and the 2020 Tokyo Olympic, some restaurants and companies start to offer new menu and service for Muslims.

Japanese companies have been making efforts to offer halal versions of Japanese dishes including, of course, Ramen. Ramen must be one of the most popular Japanese dishes. However, generally speaking, it is NOT halal dish as they use soy source, pork broth, and sliced pork as toppings. Newly opened Ramen restaurants use chicken (which is slaughtered in a halal way) or fish broth. They use halal soy source, which is made without fermentation, to taste ramen and sliced chicken for toppings. You may think that the taste of Ramen made with these things is not like the authentic one. But don’t worry. The Ramen really tastes the same as other Ramen. Some restaurants even have praying rooms. 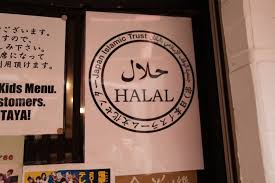 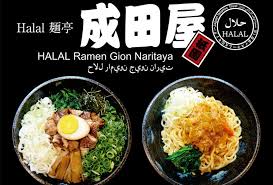 Muslims who live in Japan have more problems than Muslim travelers.

The danger of eating non-halal food is everywhere. For instance, all meat in supermarkets is non-halal. Even some snacks are tasted with pork, soy source or non-halal meat. Since you cannot tell if it is halal just by looking, Muslims need to buy foods with a halal symbol on the package. The number of supermarket dealing in halal foods is increasing. Besides, you can buy halal foods on the internet these days. Thus people who live in rural areas also can easily get halal foods. 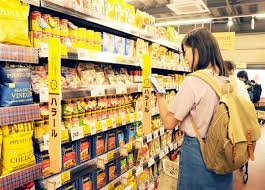 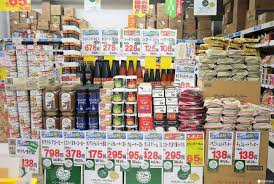 Even if you are Muslim or your friend is Muslim, do not have fear of visiting Japan.

Eating is one of the most important parts of travel and life. Muslims used to be concerned about eating in Japan, but now it is not the same.  Japan has been changing to a Muslim－friendly country!