Why are fruits in Japan expensive?

If you come from a country where fruits are part of the daily diet, you may have been surprised how expensive fruits can be in Japan. And if you have seen the beautiful displays of fruits at department stores and fruit specialty stores, you may have gasped at the price tags. Who can afford these luxury fruits?!

The reason why fruits in Japan are expensive is due to multiple factors. 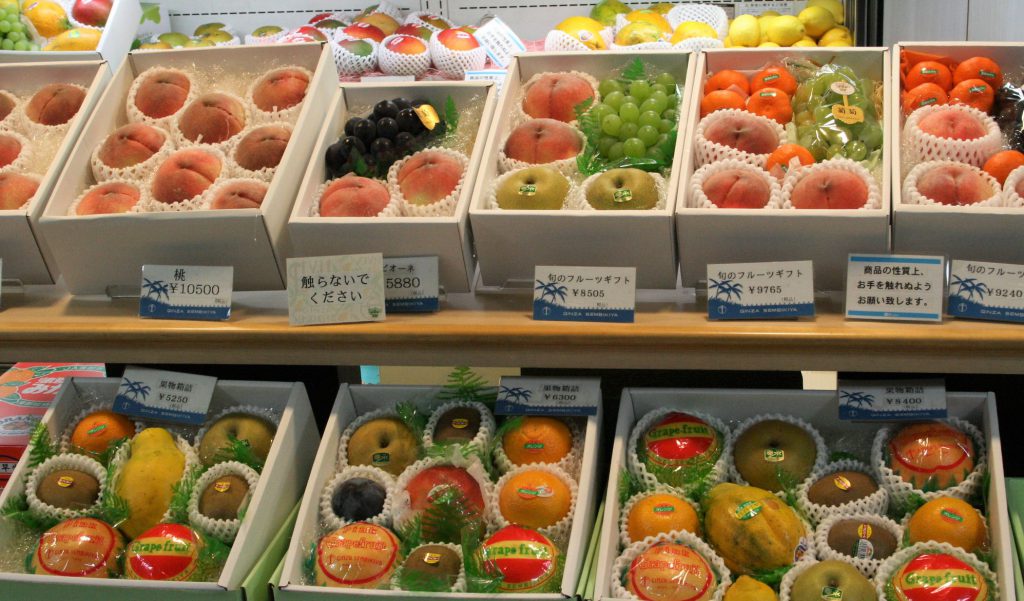 You may have seen the ruby red strawberries, the fragrant rosy peaches, the plump jewel-like grapes, the watermelons shaped like hearts or squares. These premium fruits are actually not for every day consumption, or even for your own consumption. In fact, they are solely for gifting! Gifting expensive fruits is a tradition in Japan, such as to relatives, business partners and clients, as a way to thank those who took care of you. Fruits are also sent to family members and friends as a condolence during a personal tragedy or loss.

Many high end Japanese restaurants conclude the meal with fruits as a palate cleanser. The world renown sushi restaurant Sukiyabashi Jiro すきやばし次郎 (if you have seen the documentary “Jiro Dreams of Sushi”) is famous for serving a luscious wedge of muskmelon at the end of the meal. So rest assured that these luxury fruits are not served at typical Japanese households.

Compared to major fruit growing and exporting nations such as the U.S., Brazil, and China, the small island nation of Japan is not suitable for large-scale farming. The landmass of Japan is approximately 80% mountainous, and only 12% of the available land is used for agriculture.

In addition, most fruit farms are family run or operated by small scale businesses. Yet fruit cultivation is an extremely labor intensive process, so these small farms cannot produce tons of fruit per harvest season. 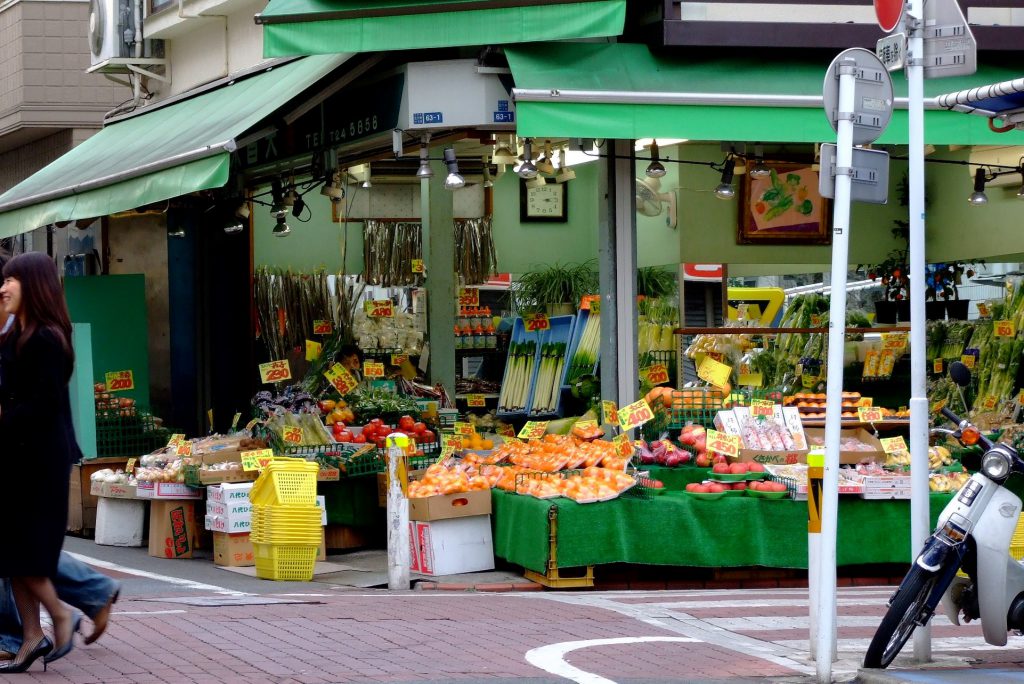 Ever wonder why the fruits are blemish-free and cosmetically perfect? This is because of the strict regulations set by the Japanese Agriculture Cooperative (JA), the national regulatory body that holds a monopoly over the Japanese agricultural market. Most agricultural produce is sold to JA, which then sorts them based on size, color, and taste.

So the reason why you don’t see bruised and misshapen produce is because they don’t reach the consumers. They get tossed or processed and used in other ways, such as canned and jarred foods, jams and preserves, juice and others. So ultimately, you are paying for quality fruits.

Historically, the Japanese did not consume much fruit. Before the economic bubble in the 1980s, fruit was a luxury and only eaten on very special occasions. However, the Japanese diet is rapidly westernizing and thus consuming more fruit than before. But compared to other countries, the Japanese consumption is still very low. A 2011 study by the Japanese Ministry of Agriculture, Forestry and Fisheries found the average Japanese citizen consumed 50.9kg of fruit a year (compared to 149kg by Italians, 116.1kg by the French). 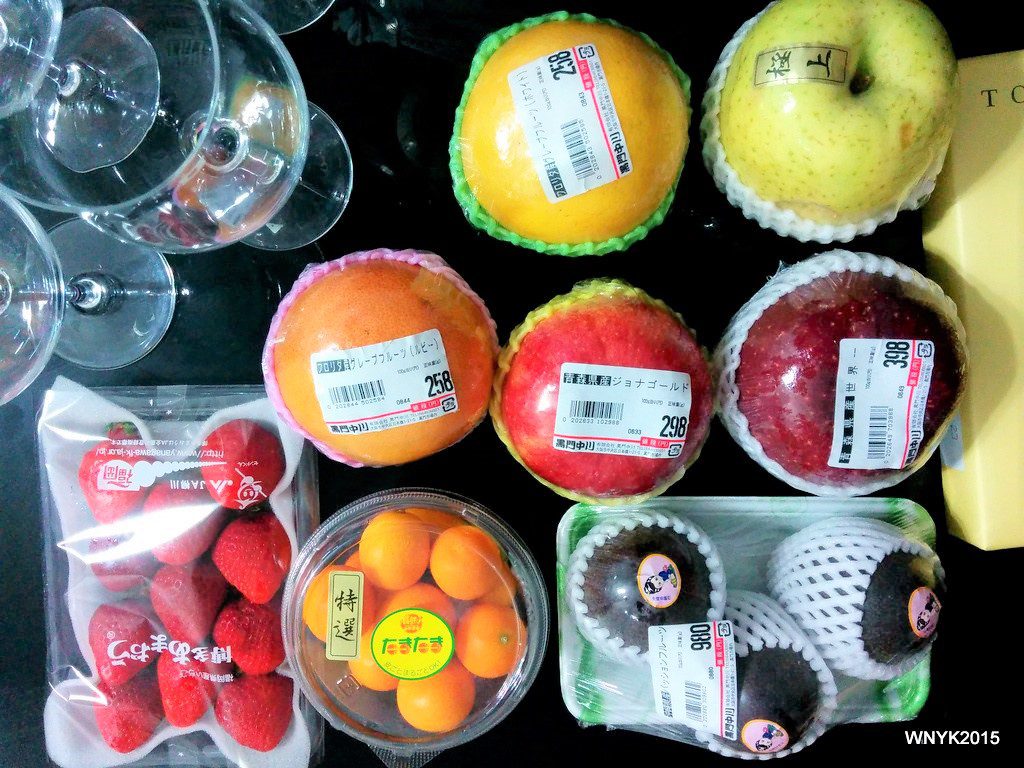 So where can I buy affordable fruit?

Besides your local supermarket, check out the following: 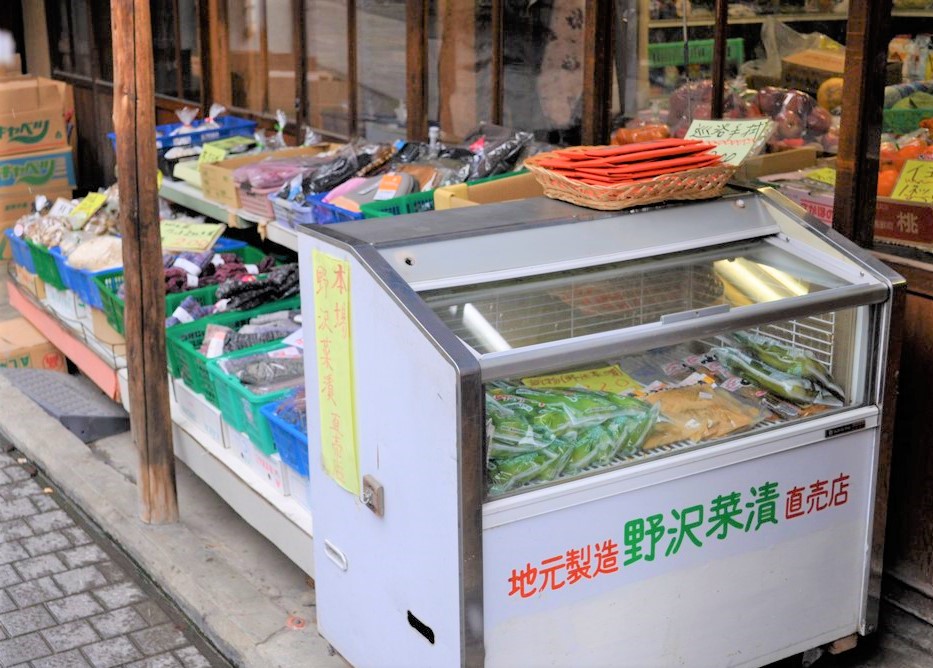