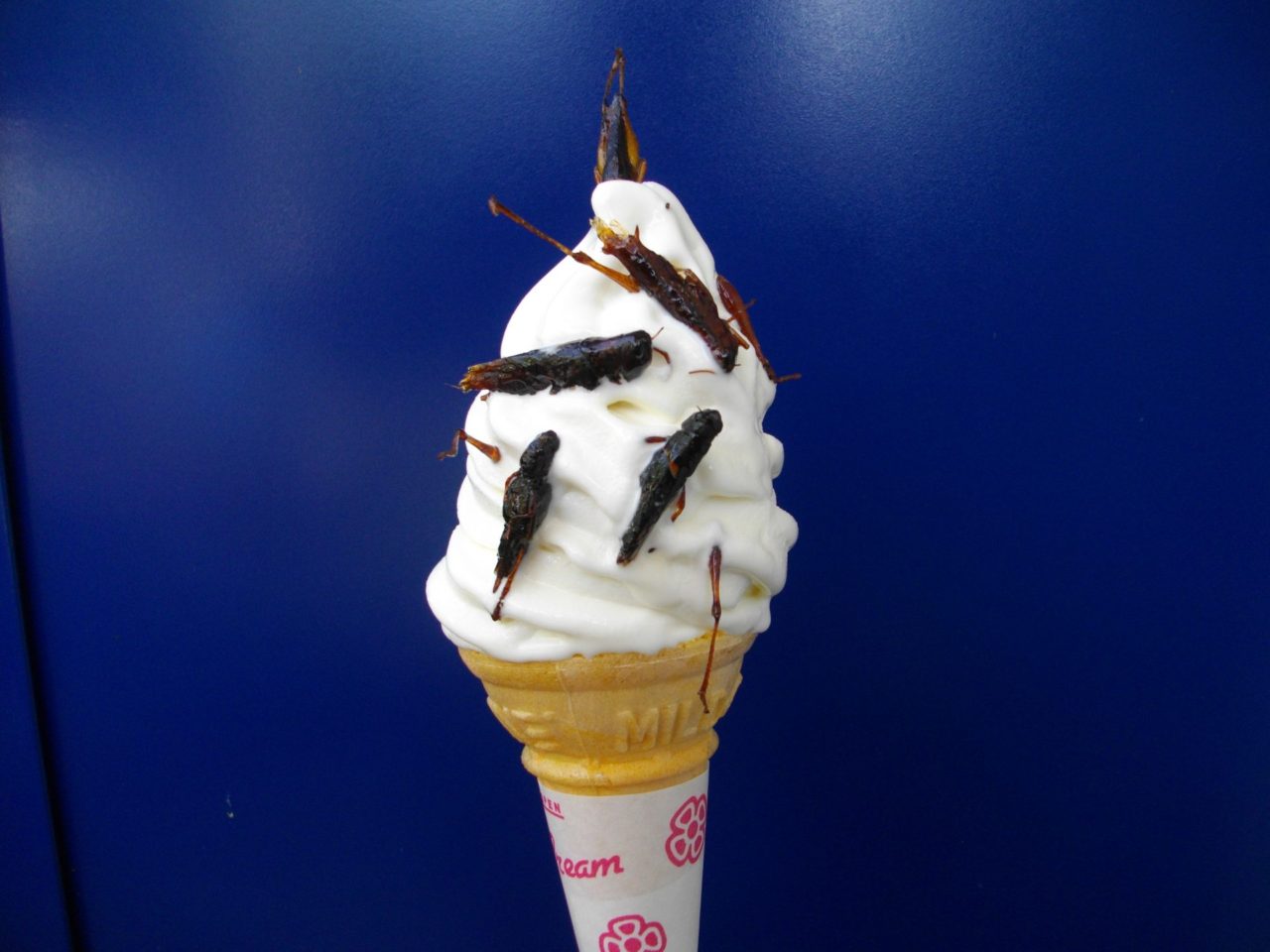 Japan is known for many things, including its strange ice cream flavours. The strangest I have ever tried was onion flavour on Awaji Island – an island famous for its onions. But the one flavour I have seen yet did not have the courage to try was grasshopper flavour.

No, this is not an ice cream blended out of locusts. Rather, it is a ‘soft cream’ (soft, whipped ice cream) adorned with crunchy, fried locusts. The locusts are fried in soy sauce and sugar, creating a sweet, buttery flavour. The crunch and sweetness of the grasshoppers contrasts with the softness of the ice cream, creating the perfect blend of flavours – or so I have heard. The dish is called batta sofuto and can be found at Lake Suwa, in the Kiso mountains of Nagano prefecture. Apart from ice cream, Lake Suwa also boasts locust stick candy and dumplings for those adventurous enough to try them.

Eating insects is not a new thing in Japan. There are records dating back to the Heian period stating that eating insects was a pretty normal affair – not only in the countryside, where locusts abound, but in the cities as well. As locust plagues were fairly common, eating much of a household’s crop before the invention of pesticides, it was only natural to try eating the locusts themselves – not only to reduce numbers, but also to derive sustenance. Insects are a great source of protein and locusts proved quite easy to catch, with many schools sending their children out to catch locusts with their bare hands during special events.

Dried locusts boiled in soy sauce and sugar is a dish referred to as inago tsukudani and is popular in Nagano and Fukushima prefectures. It is not the only insect dish to be found in Japan either. Wasp larvae (hachinoko) and silkworm pupae (kaiko) are also eaten in Gifu and Nagano prefectures. Fried wasps were also said to be a favourite of the Emperor Hirohito, who supposedly ate them with boiled rice. 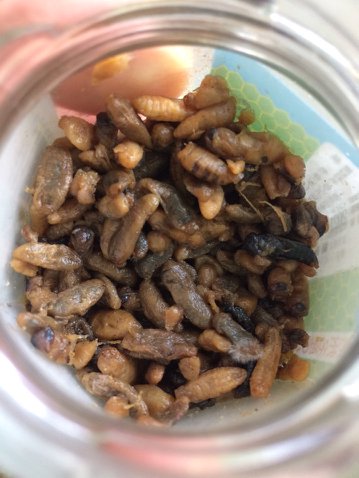 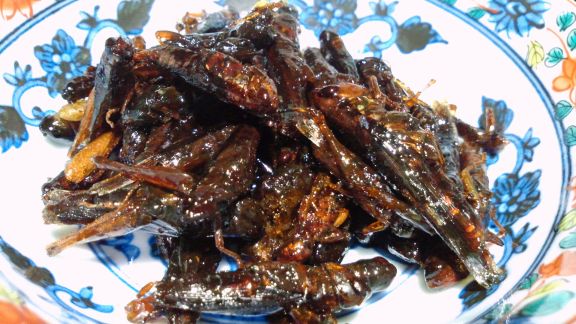 Japan is also not the only country to put insects on the menu. Many Asian countries, including China, Vietnam, Laos and Indonesia, regularly eat insects and have done so for centuries. Insects are highly nutritious, a great source of protein and easy to source, making them the perfect food for those who aren’t squeamish. Perhaps more of us should consider adding insects to our diet.

Apart from Lake Suwa, you can find inago locusts and other insect-based foods all around Gifu and Nagano prefectures in local stores and souvenir shops.