“Nikujaga” is a popular Japanese home-cooked dish. It is typically served as a side dish for dinner in Japan. It has potato, minced meat such as pork and beef, onion, carrot and snow peas. These ingredients are stewed with soy-sauce, sugar, and stock called “dashi,” which is made from a dried fish called bonito. As the ingredients cook, the flavors develop. It is delicious because the potatoes become soft and fluffy. Also, the potatoes absorb lots of the sweet and delicious soy-sauce-flavor. 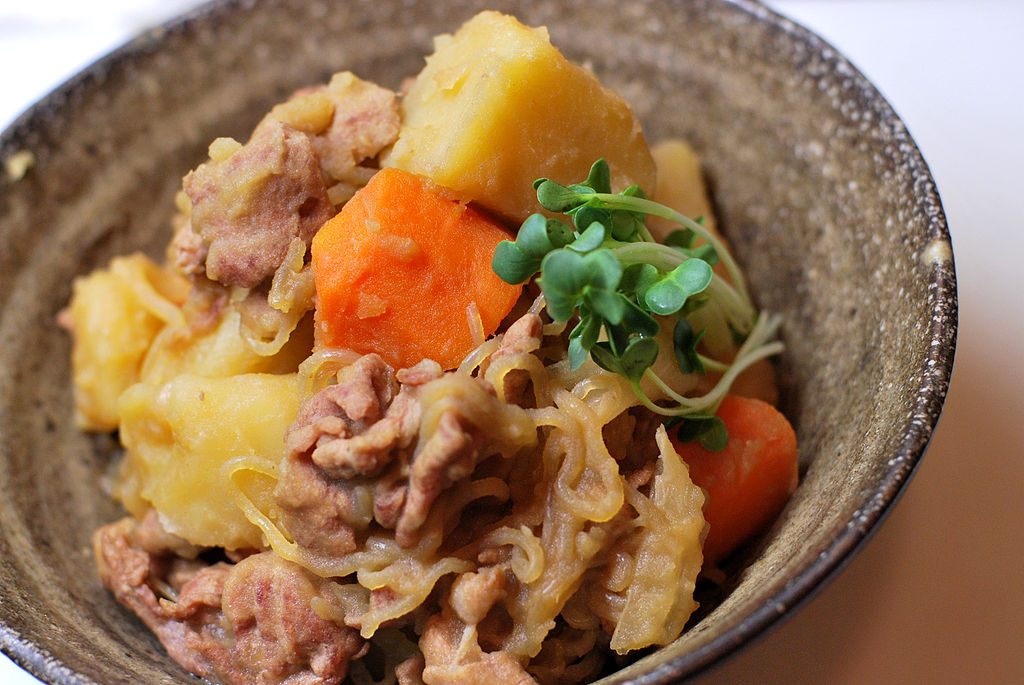 It is said that the taste of nikujaga is “Ohukuro no aji,” which means “tastes of Mom’s cooking.” There are two reasons why nikujaga is to be called this. The first reason is that nikujaga is easy to cook and can be reserved to eat later. Because of this, people eat it often. It is a convenient food for lunch boxes, or late-night meals after work. The second reason is that nikujaga is very easy to customize, meaning that every home or family has its own version. This is how nikujaga has become known as Japanese typical home-cooked dish.

It is said that the reason why “Nikujaga” was first made when Heihachiro Togo, a samurai at the end of Edo era, asked his chef to cook beef stew which had been his favorite food in England. At that time, though the chef did not know how to replicate the taste of English beef stew and instead made his own “failed” version of the iconic dish. His accidental success was delicious and it came to be known as nikujaga.

We work on human resource development in food-related areas in partnership with universities in the ASEAN Region!